Showers and storms could offset the heat, but some storms may turn severe depending on arrival time

MADISON, Wis. (WMTV) - Sunshine has filtered through departing cloud cover from overnight showers/storms. High-pressure has begun to build into the Midwest - keeping Monday night calm and mainly clear. Lows will drop into lower 60s/upper 50s under a light northerly wind.

Sunshine is back for much of Tuesday as winds turn out of the South. Showers and storms are expected to form across Iowa and portions of northern Illinois. There is an outside chance one or two of these showers meander a bit too far North and clip far SW Wisconsin. Storms over northern Minnesota also bear watching. A few Hi-res models have showed activity launching into Wisconsin. The current thinking is that any of this activity will weaken substantially before reaching southern Wisconsin.

That all said, Tuesday will remain dry for most with the outside chance for a pop-up shower/storm. Highs will top out in the mid-upper 80s. Warmer conditions are expected SW of Madison. 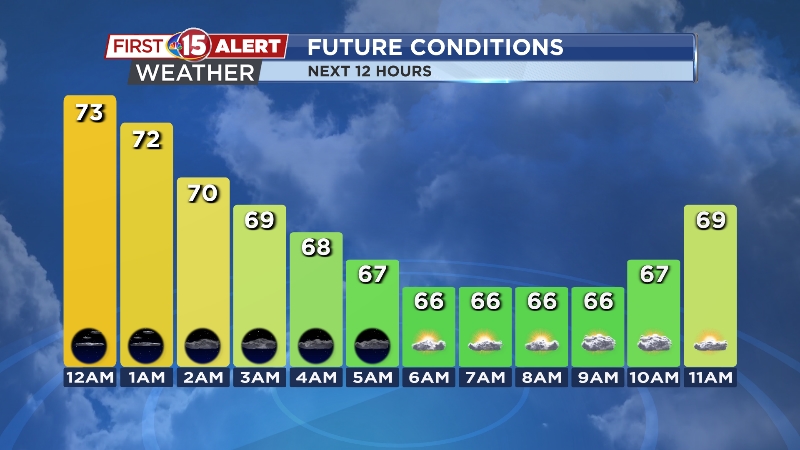 The main weather story this week is the hot temperatures and rainfall chance on Wednesday. Rain will work against excessive heat, but depending on arrival time - severe weather may become a concern.

As of Monday afternoon, medium-range guidance shows a cold front moving into Wisconsin Wednesday afternoon. A strengthening low-level jet will supply moisture and additional warm air in the upper-levels. Later model runs have sped up the frontal arrival - prompting showers/storms NW of Madison as early as late morning. If this trend were to hold & rain moves in during the afternoon, maximum heating would be offset. Given this trend, Wednesday high temperatures have been lowered for the second day in a row.

There is still time for things to change - so stay tuned!

The cold front will lower temperatures later in the week. Highs will top out in the lower 80s for Thu/Fri under mostly sunny conditions. Temperatures warm back into the mid/upper 80s next weekend. Another wave of showers/storms is possible late Saturday night into Sunday. 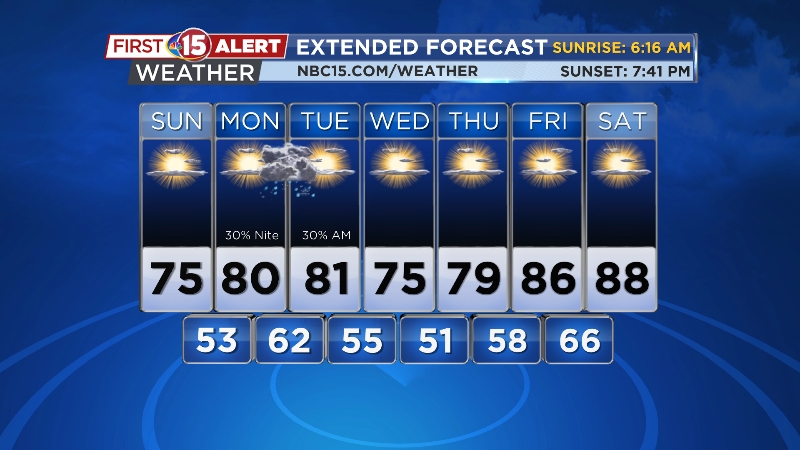 People stranded on the Wisconsin River

Authorities warn of suspicious activity at night in Green County

Pedestrian killed in crash on Beltline near Agricultural Dr.

Trending cooler to end the week