The AmFam Golf Tournament and the causes it supports 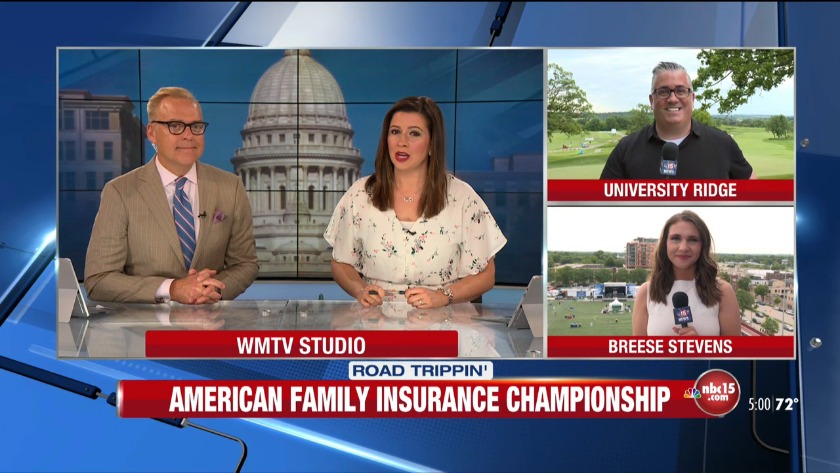 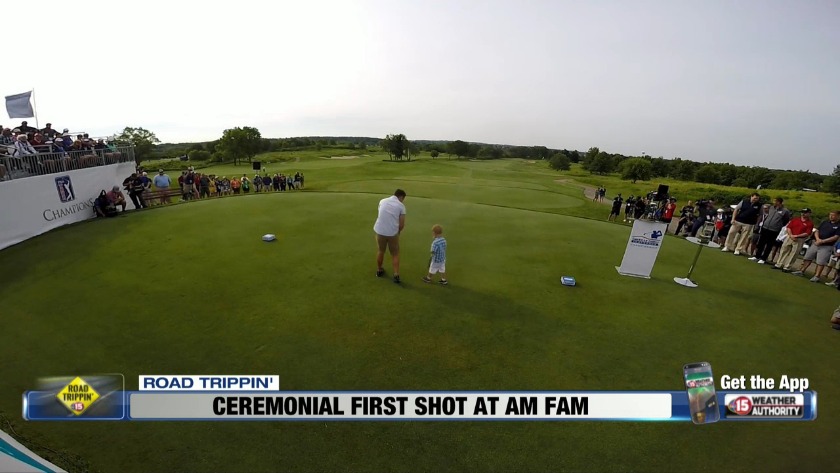 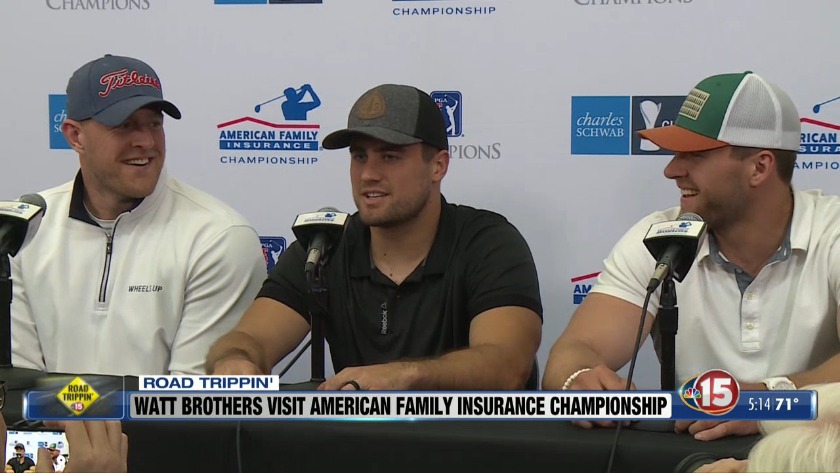 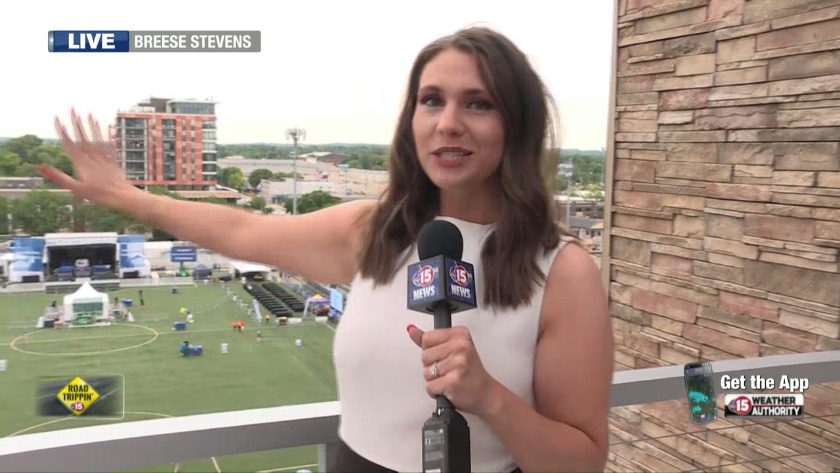 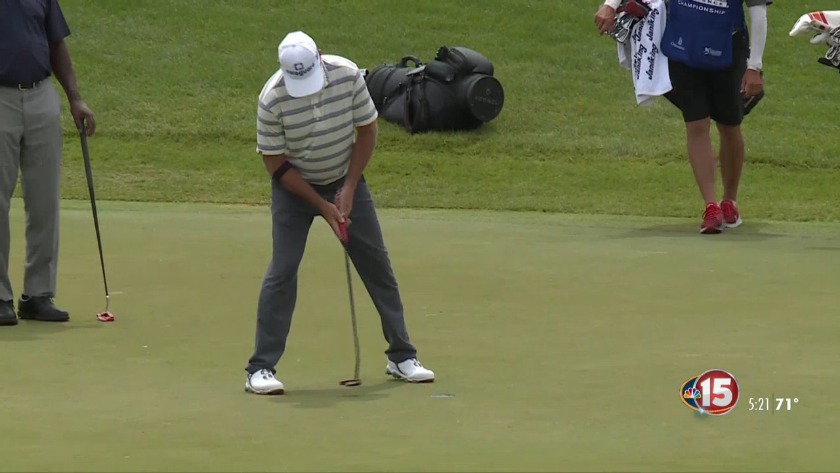 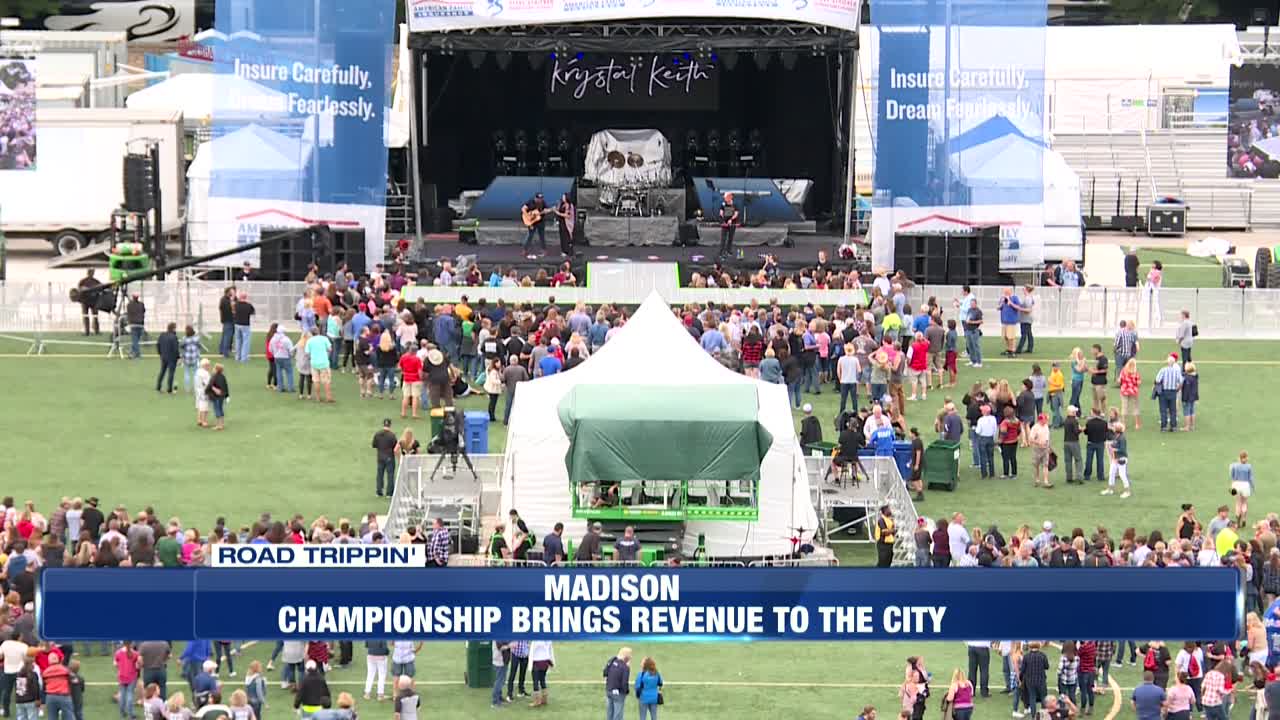 Road Trippin': Affect of AmFam championship on the local economy

The championship runs until this Sunday, June 23, at University Ridge golf course. The field is comprised of 78 P.G.A. tour champions players.

All proceeds from the Toby Keith concert and golf championship are given to the Steve Stricker American Family Insurance Foundation for distribution to the American Family Children's Hospital and other charities impacting families and children.

More than $4.7 million has been donated to charity since the inaugural event in 2016.

The championship brings professional golfers from all over the world right here to our area. And there's a fun way for fans to watch the charitable donations happen.

It's called "Birdies for Health."

“You can make a pledge for every birdie made during the tournament and support 1 of 5 great causes - making a difference for kids and their families,” said tournament director Nate Pokrass. “It's a unique way to engage that even if you are not here at the tournament but believe in the cause and want to support all our efforts.”

Beyond the charitable aspect, the city of Madison is also benefitting from the influx of visitors this weekend.

But the event brings in so much more than that. Local restaurants, bars and hotels are all seeing some of the profit.

"Every big event that we have in Madison like the Am Fam golf tournament, really is an opportunity for visitors to get out and explore what we have in Madison," says Rob Gard, Director of Public Relations and Communications, Destination Madison. "So their presence then benefits restaurants, benefits various attractions we have here. So it really is a big economic benefit."

Gard says the event draws the same groups of people back annually, to see the changes Madison has made since the previous year.

"Madison, especially in the last few years, has really had a tremendous abundance of great restaurants, public space enhancement, some great new music venue," Gard says. "So people who come here, year after year to see the Am Fam tournament are going to see a different, and slightly more interesting version of Madison each time they return."

At University Ridge, organizers say this one weekend keeps on giving - all year long.

"We'll always be referred to as the course that hosts the Steve Stricker event,” says Mike Saspard, general manager at University Ridge. “So that's really exciting. And it really goes all the way through. All the way through the year, we get people who come in to get Christmas gifts. Whether it's Badger apparel or gift cards.”

Road Trippin’ continuing tonight on @nbc15_madison at 6:00! I’m live at Breese Stevens Field, where hundreds of people are still line waiting AROUND THE BLOCK! Everyone’s so excited to see @tobykeith! pic.twitter.com/556R8pG7Nn

After having a rare kidney issue, Charlie’s parents are thankful he survived after his dad donated him a kidney.

Can you imagine how they felt when their 4 yr old got a surprise visit from the Watt brothers @amfamchamp !? pic.twitter.com/2X7DvP7bkQ

John Daly lights up a heater on the practice green @amfamchamp.