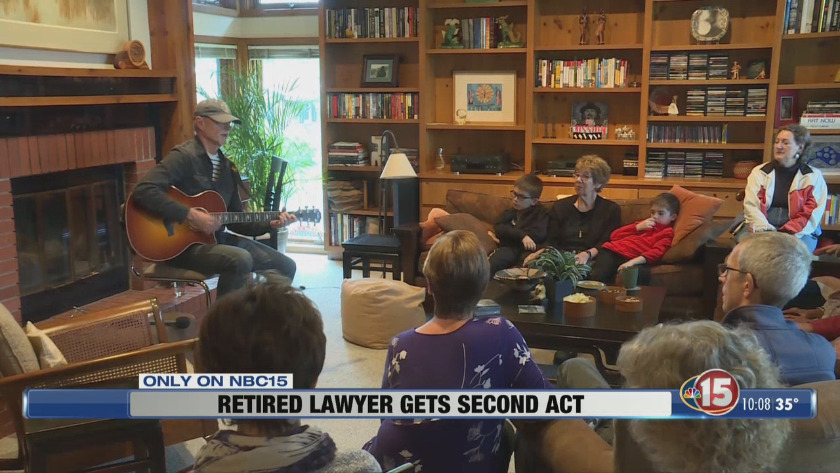 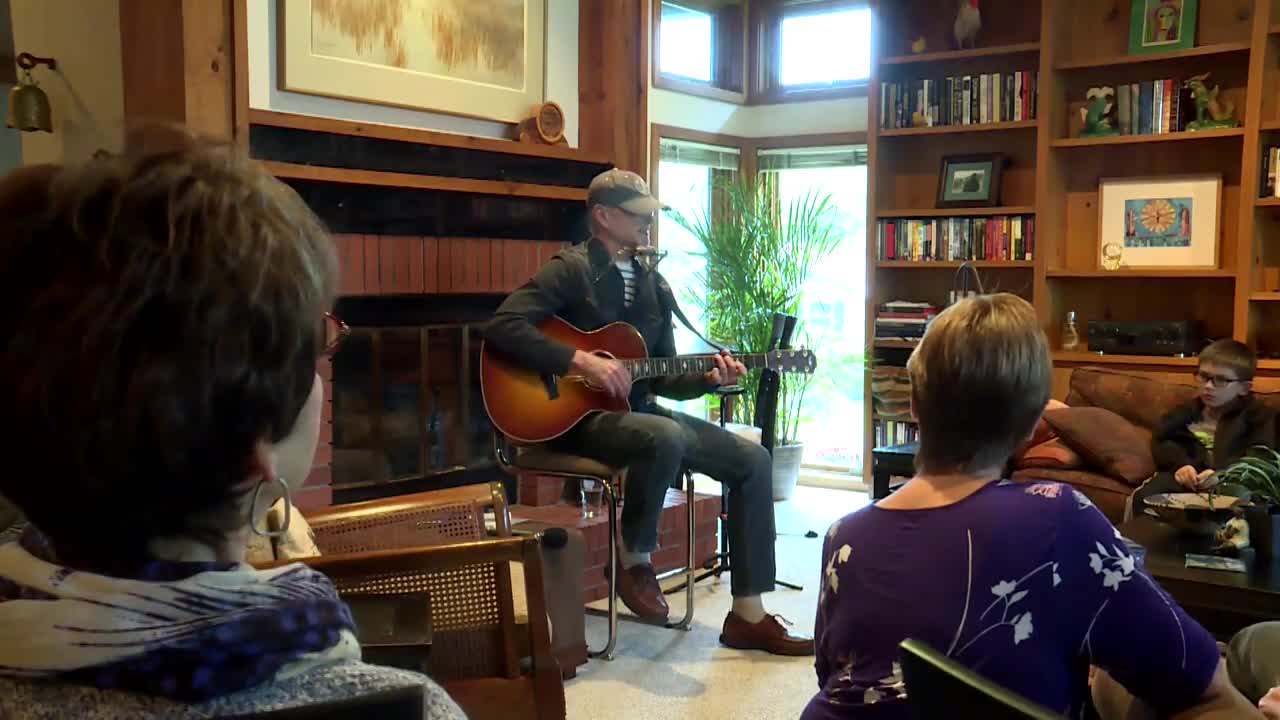 MADISON, Wis. (WMTV) -- A longtime lawyer devotes his retirement years to a lifelong passion, inspiring other retirees to spend their time with meaning and impact.

Lawyer-turned-musician Dan Stier performs an original song for an audience at a house concert.

At 72 years old, Dan Stier practiced law for most of his life. After graduating from law school in 1974, Stier began his career representing low-income people in rural Georgia, then working as the assistant attorney general in the Wisconsin Department of Justice. He ended his career as the first national director of a network for public health law.

"I've told people that I've loved my legal career, but I've not regretted retirement for a millisecond," Stier said. "It was the right time to do it because I realized life is short, there's a lot that I want to do and there won't be enough time to do it all. I try to fill every day with the things that I enjoy doing, and music is at the top of that."

Retiring in 2013, Stier decided to dedicate his after-career act to music, a passion of his since childhood. He has written and performed songs throughout Dane County.

But many retirees struggle to find a way to matter, according to retirement coach Mary Helen Conroy. She says the struggle stems from the thought that retirement is linked to death.

Conroy, however, chooses to define retirement differently. "We get to invent ourselves all over again," she said. "That's why I hate the word retire. It's rewire, reinvent, regenerate."

Stier's reinvention includes the release of his first album this year, which features 15 original songs. The track list includes titles like "Two Boys Made Me Write This Song" and "Check The Bucket List," with inspiration coming from his own grandkids and growing up in a small town.

At an intimate home concert, Stier performed "Simple Pleasures" with an acoustic guitar and harmonica. He sang, "I love livin' in the here and now. Simple pleasures has taken a while. I got a whole new rhythm and a brand new style. You'll find me walking a slow country mile. Simple pleasures make me smile."

On writing the lyrics, Stier explained, "Eventually you come to the point that family and just sitting and relaxing, or playing a guitar, those simple pleasures in life... Those are the things that are really important."

"You couldn't write that when you were 25," he continued. "None of those thoughts would've occurred to you."

Friends and family say that through songwriting, Stier has found a way to make a lasting impact on their lives. Wife Diane Sorensen, who met Stier as a younger lawyer, said music changed their relationship.

"He's the singer songwriter, and I'm the recipient of the joy that comes from that," she said. "It's always been a part of our relationship, and I'm delighted that he's grown and taken hold of it and really gone for it."

Stier's second act shocked some people. Despite 20-plus years of "deep friendship," Sandy Gunderson said she had no idea that musical poetry belied his "big career as a lawyer." Nevertheless, Gunderson added that Stier's new journey is an inspiration.

"Dan's become so much better at his writing, his poetry," Gunderson said. "I said [to my husband], I've got to sit down and dedicate my next five years to writing. I always talk about how I have so many wonderful stories to share."

According to Conroy, an impactful retirement does not have to be costly or time-consuming.

Conroy continued, "It's all in our head as to what impact is. I cannot say at all that the musician or myself or somebody else I know has a greater impact-- wrong, wrong-- because I've looked in the eyes of a little kid who's so happy that grandma's outside the school to pick them up and they're not going to go home alone. That's got more impact than anything I would ever do."

To find a unique way to make an impact, Stier advises, "You just need to think really hard about what you're passionate about. If you can't think of something currently, then look for something because there's a lot of stuff out there."

These stores are setting aside time for their elderly, disabled customers

These stores are setting aside time for their elderly, disabled customers