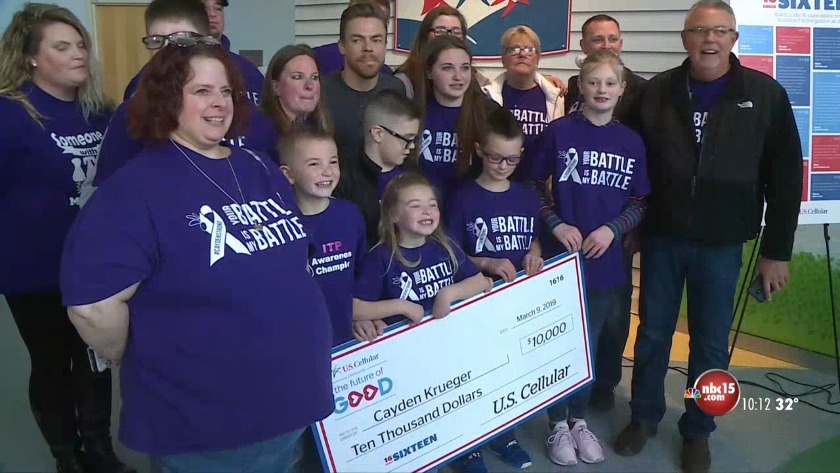 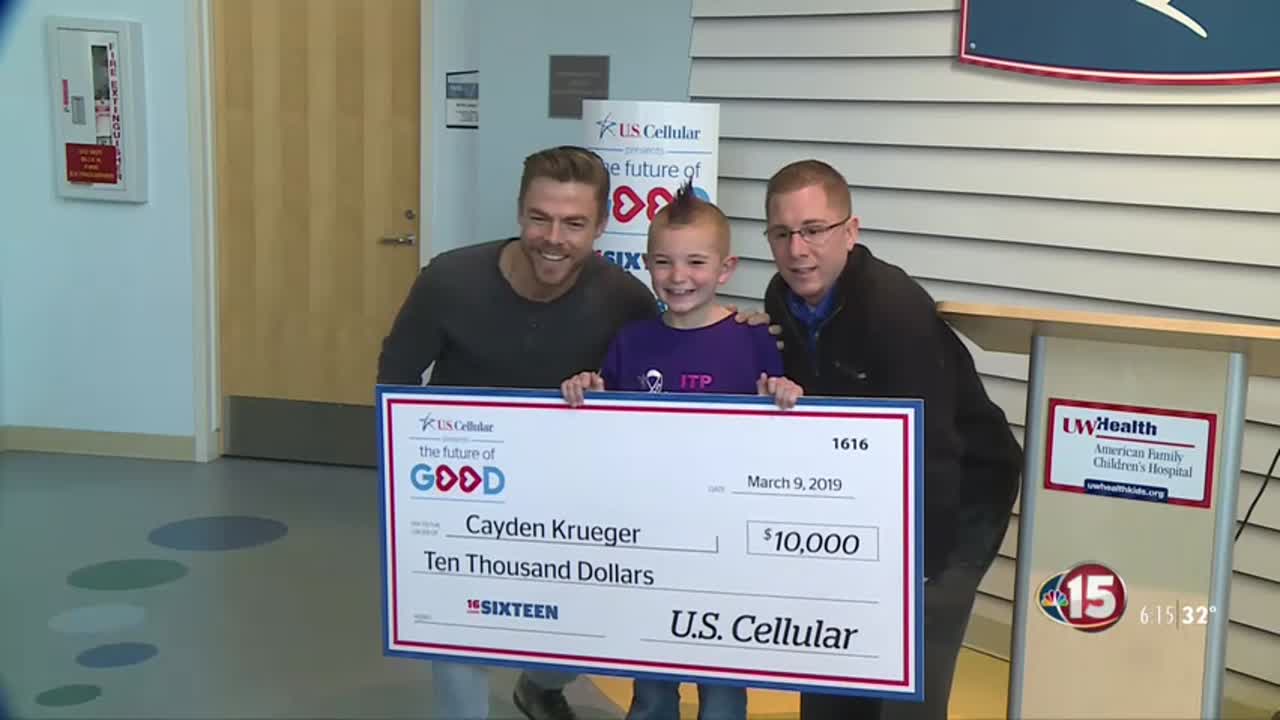 MADISON, Wis. (WMTV) -- Eight-year-old Cayden Krueger was recognized in a big way on Saturday at the American Family Children's Hospital, where he gets treatments for his rare disease.

U.S. Cellular presented a $10,000 check to Cayden and his family as part of its Future of Good 16 Under 16 program, which recognizes kids who are doing good in their community.

Two years ago, Cayden was diagnosed with Idiopathic thrombocytopenic purpura (ITP), which means he has a low amount of platelets in his blood. This makes it harder for his blood to clot and heal cuts or bruises.

Since his diagnosis, Cayden and his family have raised over $23,000 for the Platelet Disorder Support Association (PDSA). Cayden plans to donate the $10,000 as well.

Cayden was surrounded by family and friends Saturday morning when he received the check, including his best friend from school.

"It means more to me than anything, knowing that we have 18 people here with us today, all family," said Cayden's mom, Jenni Krueger.

Professional dancer Derek Hough also helped present the check, and he said meeting kids like Cayden is why he loves being part of this.

"The secret to living is giving, and they really embody that, and it's really, really beautiful to see that and to see how they're turning sort of a typical bad situation but turning it into something good and to help their community in some way," Hough said.