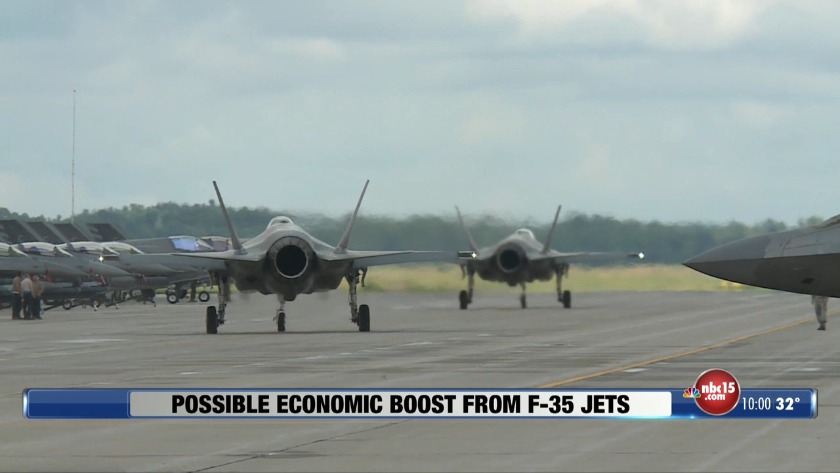 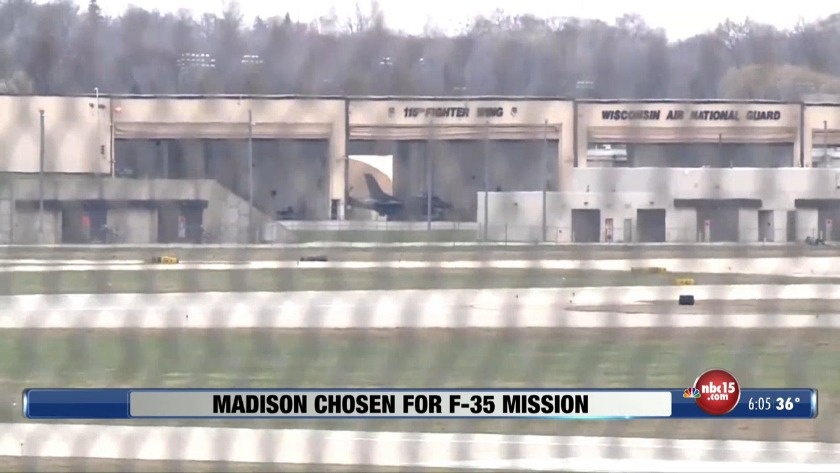 MADISON, Wis. (WMTV) -- The United State Air Force officially selected Madison’s Truax Field as one of the new homes for its new fighter jets, a move that generated plenty of resistance in the community and was explicitly opposed by city leaders.

“This is a great time for the 115th Fighter Wing and the entire Wisconsin National Guard," Wisconsin Adjutant General Paul Knapp said, noting that the F-35 is the most advanced jets in the Air Force’s stable.

"The decision represents the hard work and professionalism of the citizen Airmen who have proven time and time again that we stand ready to answer the call both as the Air Force’s combat reserve and as the state’s first military responder during emergencies," he continued.

Sen. Johnson released a statement commending the decision, saying Wisconsin’s 115th Fighter Wing will now be getting a “critical upgrade” on the F-16 fighters it currently uses. The F-35 was designed to replace them and

"The new fighters will help maintain U.S. air superiority and keep our state and country safe and secure," the Republican Senator, who chairs the Senate’s Committee on Homeland Security, said.

In February, the Air Force released its final Environmental Impact Statement identifying the two preferred locations for the planes. The study had selected the Wisconsin capital along with Alabama’s capital city, Montgomery.

The base will end up getting 18 F-35As, which will replace the 21 F-16s currently stationed there, the military said. They begin arriving until 2023.

The initial announcement the fighters could be coming to Madison stirred a backlash from people who were concerned about its impact on the community as well as city leaders. At the end of March, the Madison Common Council overwhelmingly passed a resolution condemning the basing of fighters near its city.

While council members opposed the measure by a 13-5 margin, the ultimate decision for where to locate the fighters rested solely with the Air Force. The resolution itself was passed to make the city’s position on the matter official.

The Madison Chamber of Commerce, on the other hand, lauded the decision as “much-needed positive news for Greater Madison,” citing the $100 million economic impact having the 115th Fighter Wing at Truax Field.

“[T]time and again we have seen firsthand the tremendous value the 1,200 Airmen of the 115th Fighter Wing bring to our community,” the Chamber statement read.

Opponents argued the noise generated by the jets would negative affect the community and would affect low-income and minority population the most. The Air Force’s own study confirmed the latter assertion finding “significant disproportionate impacts” to those individuals as well as to children.

As far as noise, the Air Force used a cumulative measure that measures the overall noise exposure from both military and civilian aircraft to determine approximately 2,200 people would be exposed to a 64 decibel Day Night Average Sound Level. That’s about 10 percent lower than the 65 decibel level the Federal Aviation Administration considers “incompatible with residential communities.”

People in affected areas could be eligible for an FAA program that provides mitigation, such as soundproofing, for people affected by a noise level that would cause “significant annoyance for most residents.”

It also found a slight loss in property value for residents in Dane County, predicting a 0.03 percent to 0.27 percent drop in the county tax base.

Wisconsin lawmakers issued a storm of statements regarding Wednesday's announcement.

State Rep. Chris Taylor (D-Madison), a longtime opponent of the basing, said in a statement that "instead of listening to our community, the Air Force is intent on foisting these jets on a place they are not wanted."

“Despite the Air Force’s own findings that siting F-35 military jets at Truax Field would have ‘significant adverse impacts’ that will disproportionately affect children, people of color and families earning low incomes, they have made the unfortunate and harmful decision to move forward in basing noisy F-35 fighter jets in Madison."

U.S. Rep. Mark Pocan (D-Madison) also opposed the jets, writing in a statement that "the community needs to work to ensure that anyone who could be negatively affected by this decision will be made whole."

Pocan adds that he has requested that the Appropriations and Armed Services Committees make sure that the Air Force provides funds to communities impacted by the noise of military jets.

"The next generation of fighter jets that will project America’s military strength will be based here in Wisconsin. I want to thank President Trump for this opportunity and our Congressional delegation for their constant advocacy throughout the decision-making process.”