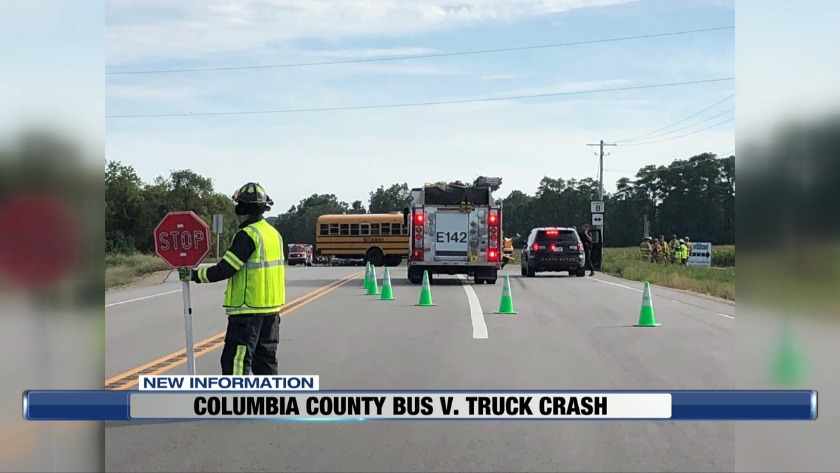 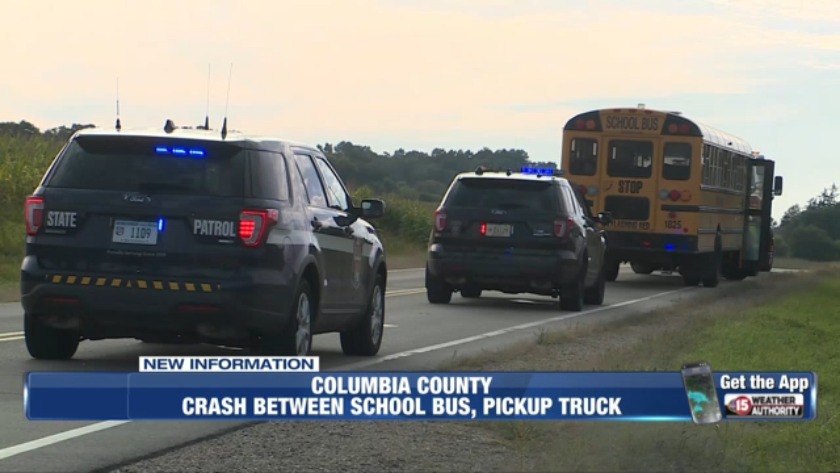 The Columbia County Sheriff’s Office says it happened at the intersection of highways 22 and B in Lowville around 3:17 p.m.

A preliminary investigation reveals that the 2015 IC school bus was turning onto Highway B when it failed to yield to a pickup truck. The truck hit the bus on the right half of the front bumper.

The bus was driven by a man and occupied by two students. No one was in injured in the bus, authorities say.

Two women were in the pickup truck, and both sustained minor injuries. They were brought to a hospital by Rio EMS.

Traffic there had to be rerouted while crews cleared the scene.

The operator of the school bus was cited for Failure to Yield Right-of-Way while making a left-turn. The crash remains under investigation by the Columbia County Sheriff’s Office.

Names of the drivers and passengers are not yet available for release, authorities say.

At least one person seriously injured in hit-and-run crash

Pilot who died in Wisconsin crash was flight instructor

At least one person seriously injured in hit-and-run crash

Pilot who died in Wisconsin crash was flight instructor