‘Be Like Mike’ award honors local business and man 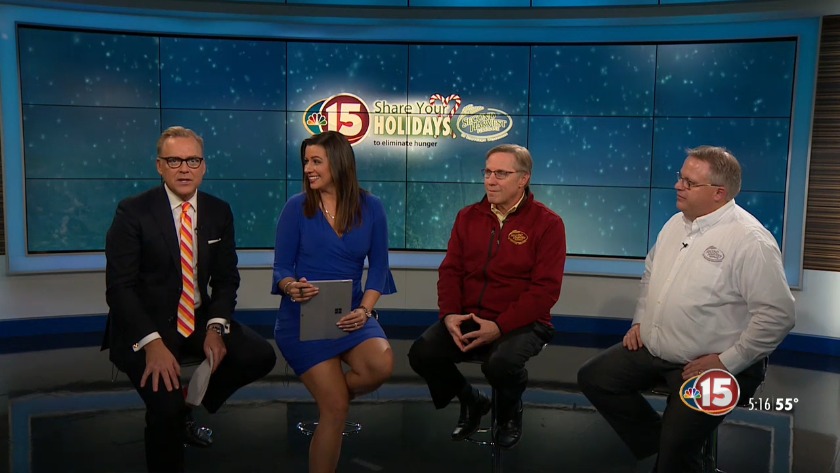 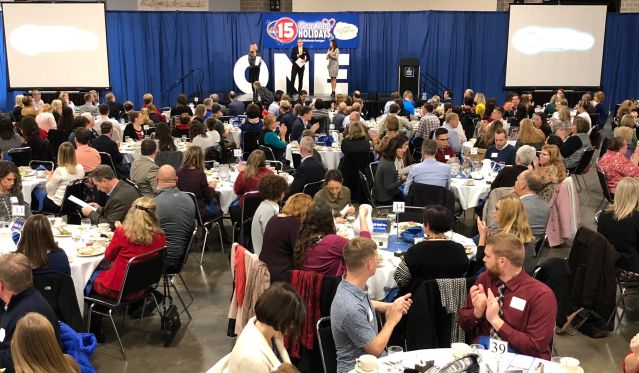 Power of ONE Luncheon preview 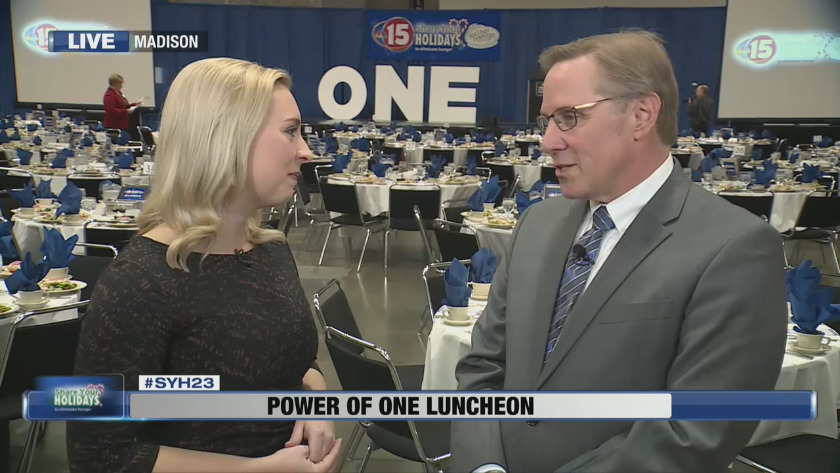 Power of ONE Luncheon second preview

MADISON, Wis. (WMTV)--- The ‘Be Like Mike’ award was presented to a local business and man at the ‘Power of ONE Luncheon’ which kicked off NBC15 Share Your Holidays on Thursday afternoon.

The luncheon was held at the Exhibition Hall at the Alliant Energy Center. It was hosted by NBC15 and the Second Harvest Foodbank of Southern Wisconsin. NBC15’s John Stofflet, Leigh Mills and Amy Pflugshaupt emceed the event.

NBC15 Share Your Holidays campaign began 23 years ago in 1996
with late NBC15 anchor Mike McKinney. Decades later, NBC15 continues to recognize those who embody Mike's charitable spirit with the "Be Like Mike" award.

Amy Carlson presented the first “Be Like Mike" award to Two Men and a Truck. Tim Lightner, the owner, brought his team up on stage to accept the award.

"I was really proud and really humbled," said Lightner. "But at the same time I was really excited for my team who behind the scenes put so much work into it."

Lightner said the employees at is company have been volunteering time for the past 16 years. This is the sixth year his company has delivered and picked up donation barrels. They've also moved thousands of pounds and food and have been instrumental in the the Grand Finale event.

"It's one of the neat things about the Share Your Holidays Drive. It's just seeing all of these people from different walks of life getting involved and getting excited," said Lightner.

Dan Stein, President/CEO Second Harvest Foodbank of Southern Wisconsin presented the second “Be Like Mike" award to Mark Miller. Stein said Miller has organized his employer’s food and fund drive. Miller’s passion and generosity that has been instrumental in raising more than 95,000 meals. His company, Naviant, sponsors NBC15 Share Your Holidays campaign.

Miller was clearly moved as he stepped to the podium to accept his award. With tears in his eyes, he told the story of his 10-year-old self and how there were times he struggled with food insecurity.

"Back then, we were from time to time getting government subsidies and government cheese to eat on," said Miller.

He said he knew that at some point when he had success come his way, he'd would give back anyway he could. He said he's proud to lead by example.

"When we started this campaign, the first year we raised a few hundred dollars. Now this year we're going to exceed 30,000 meals," said Miller.

Both Miller and Lightner agree, that no matter how small the donation, it can make a big difference in the lives of those in our communities.

This year, more than 300 people were in attendance for the kickoff. The first donations of the year to Share Your Holidays started coming in Thursday afternoon with at total of $43,848. The first $20,000 raised at the luncheon was matched by Affiliated Engineers, Inc. They hoped to raise a total of $40,000 in honor of their 40th anniversary.

In 2017, the NBC15 Share Your Holidays campaign raised a record 4.18 million meals which is more than ever before. Our goal this year is “One More Meal” for those neighbors here in southern Wisconsin that face hunger because no child should go to bed hungry at night.

One in six children in southwestern Wisconsin faces hunger that's according to the Second Harvest Foodbank of Southern Wisconsin. NBC15 Share Your Holidays aims to help eliminate hunger in our area.

The Second Harvest Foodbank of Southern Wisconsin provides up to 14 million meals each year by distributes food to local food pantries here at home.