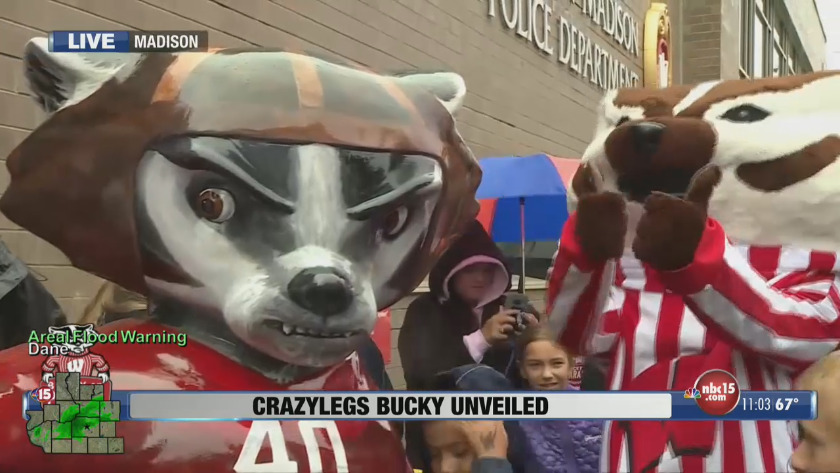 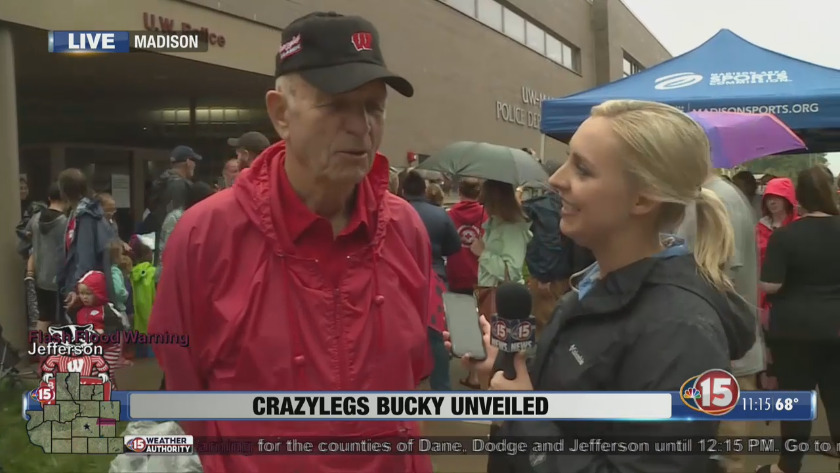 Bucky on Parade: Interview with friend of Elroy "Crazylegs" Hirsch

MADISON, Wis. (WMTV)--- The Last Bucky on Parade Statue was unveiled on Friday during NBC15 News at 11.

Crazylegs Bucky will be right outside the UW-Madison Police Department on Monroe Street until September 12th.

Artist Rich Yahke crated this statue in about a week and a half. Yahke was diagnosed with Multiple Sclerosis at the age of 28. The project provides healing for him.

Former UW-Madison Wrestling Coach Duane Kleven talked about what this statue would mean to his friend Elroy "Crazylegs" Hirsch.