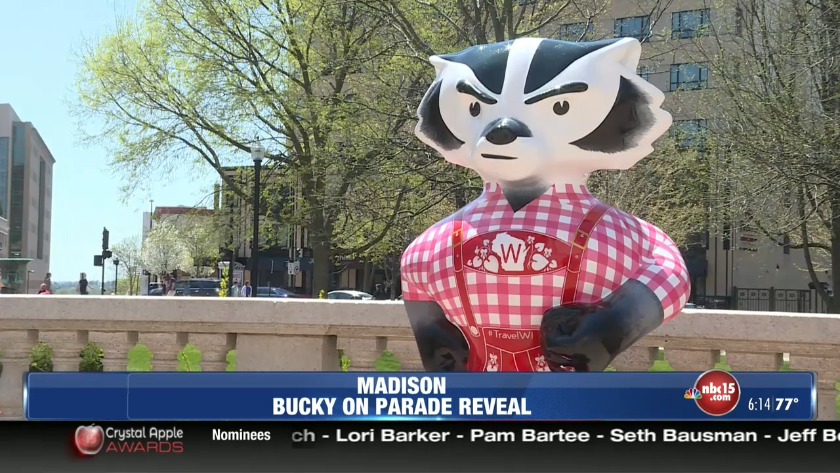 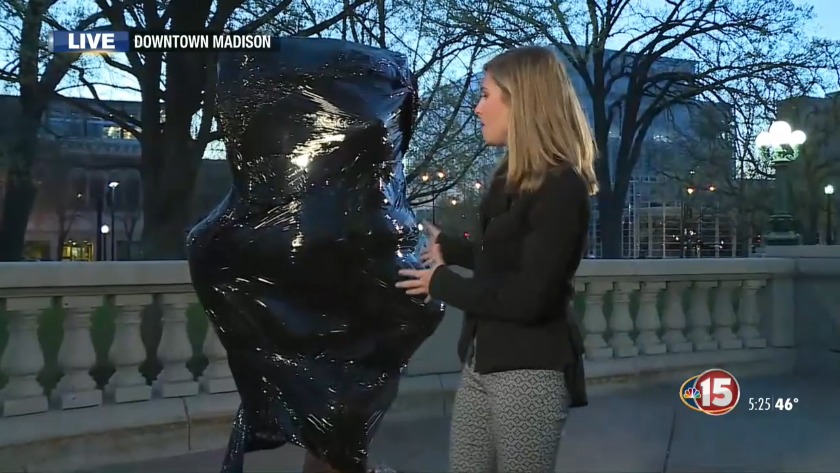 Bucky on Parade being unveiled Monday 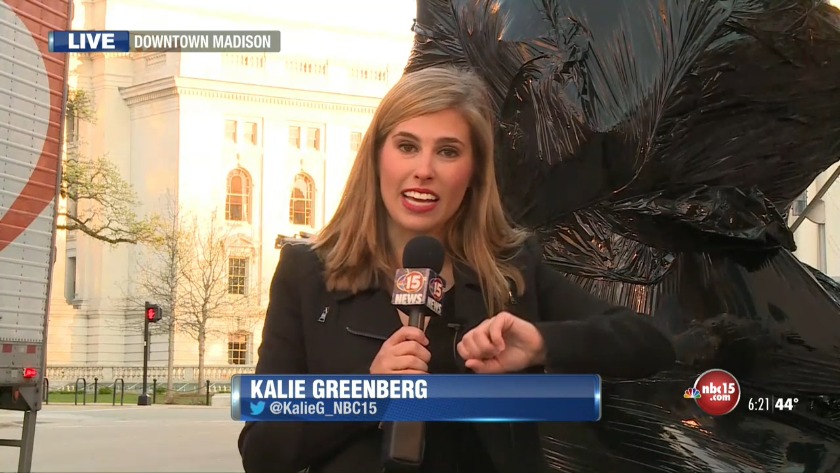 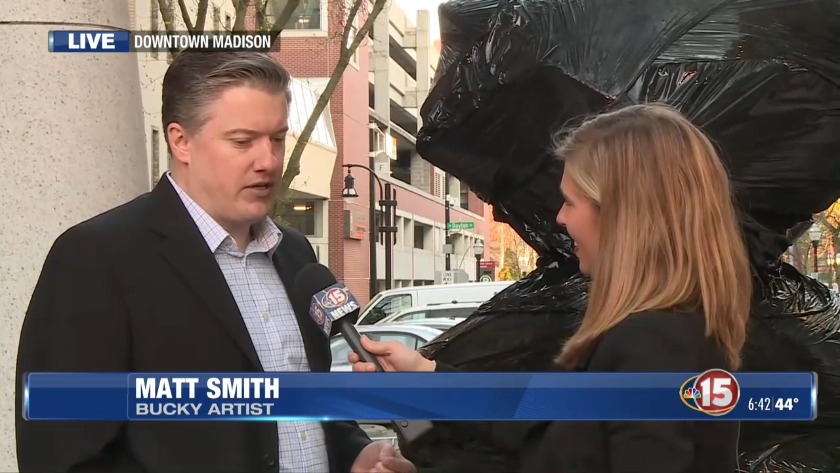 MADISON, Wis. (WMTV) - The Madison Area Sports Commission (MASC) in collaboration with the Greater Madison Convention & Visitors Bureau and UW-Madison will unveil Bucky on Parade at 11 a.m. on Monday, May 7.

Bucky on Parade will feature 85 Bucky Badger statues in what will be one of the largest public art projects in the U.S.

The statues will be unveiled simultaneously throughout Dane County by artists, sponsors and volunteers. Each statue is a creative interpretation of Bucky as envisioned by artists through the state of Wisconsin.

The statues were designed by 64 different artists. NBC15’s Kalie Greenberg interviewed a couple of the artists behind the Bucky statues during The Morning Show hours before the unveiling.

Savannah Gutherie, the artist behind ‘Signature’ Bucky told us what her inspiration was for creating her Bucky. “Community was definitely my inspiration …Madison is such a unique city in that way so I really wanted a Bucky that represented Madison as a whole,” said Gutherie, a Bucky artist. “4,500 Madison people were involved in creating this statue and you might be able to figure out how they contributed by the name.”

Matt Smith, the artist behind “Razzle Dazzle” Bucky told us that his inspiration for creating his Bucky were his two daughters. “I’m an amateur artist and my two daughters are my toughest critics so I wanted to create something that would impress an 8-year-old and a 5-year-old,” said Smith.

The Bucky statues will be on display in Fitchburg, Verona, Middleton, Monona, Sun Prairie, and the UW-Madison campus from Monday, May 7, to Friday, Sept. 12. Below is a map of where the Bucky’s will be located throughout the Madison area.