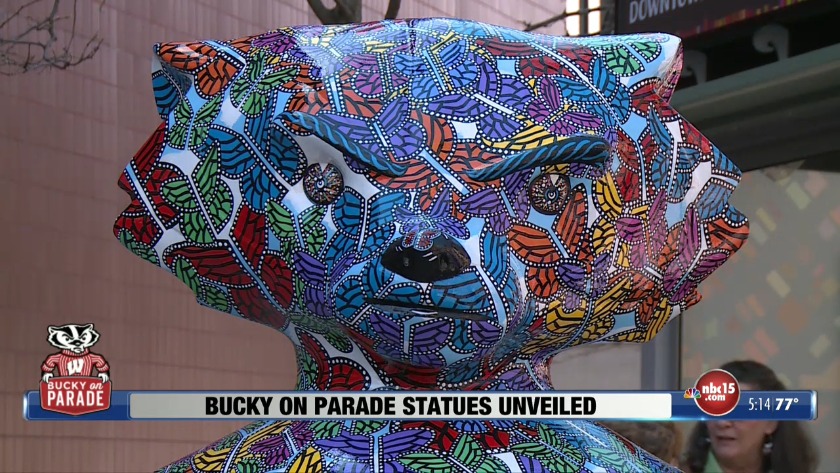 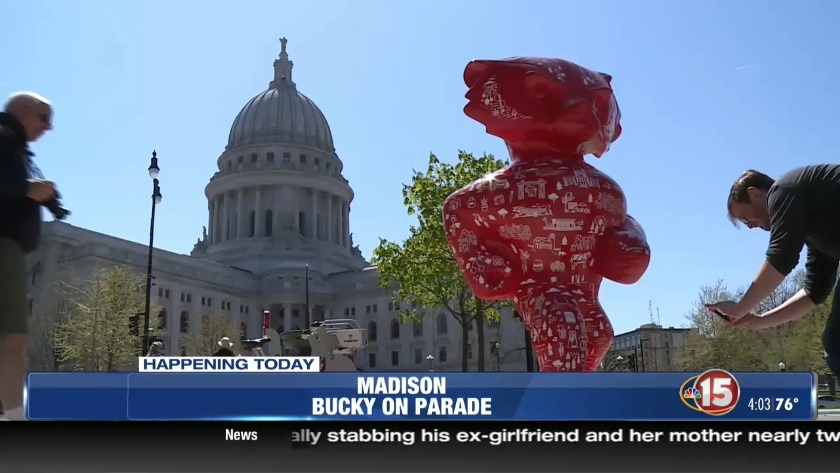 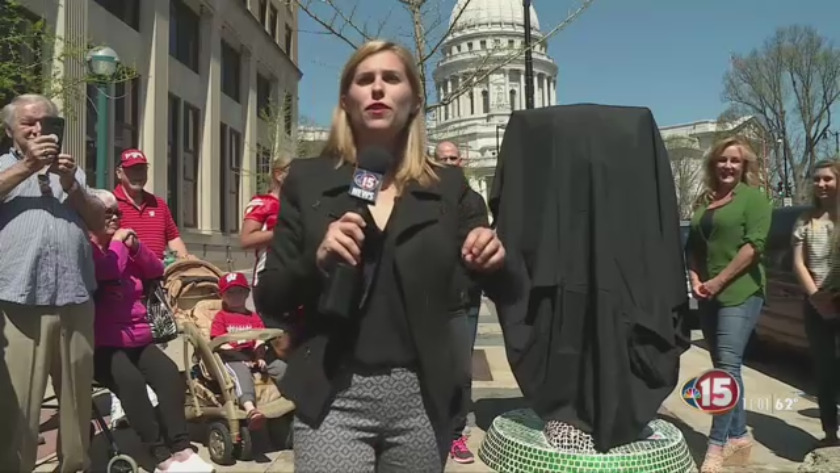 Bucky on Parade: 11am unveil 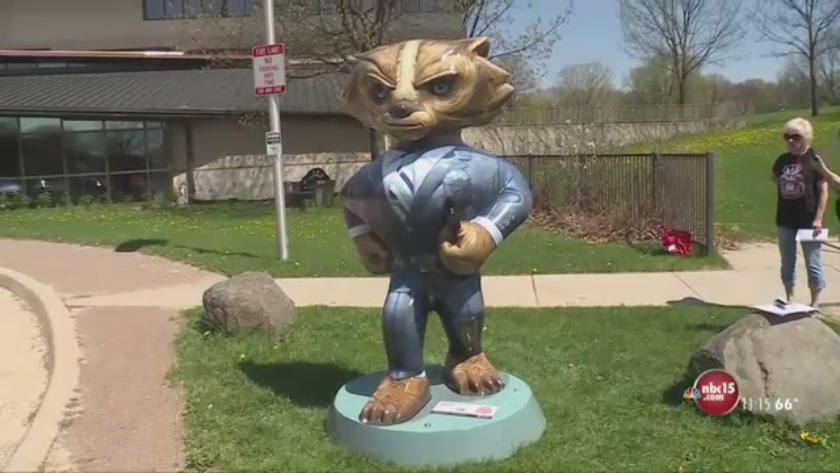 Bucky on Parade is one of the largest public art projects to be held in the U.S. 64 total artists designed and crafted the artworks. Each Bucky stands 6' tall and weighs 160 lbs.

"It's a wonderful idea to promote the state of Wisconsin and Bucky Badger, it's really fun," said Sue Paulson, who was out visiting the statues on State Street.

All 85 were unveiled simultaneously at 11 a.m., and NBC15 had crews stationed at many of them. In many cases, the artists were also on hand to talk about their inspiration, their design and the work they did to complete their vision.

"I really painted it with children in mind because you know when anybody sees a butterfly in nature everyone seems to look so I hope it makes everyone feel happy and good," said Lon Michels, artist of "Enlightened Bucky."

You have all summer to find them all. The statues will be out on display through Sept. 12 in Fitchburg, Middleton, Monona, Sun Prairie, Verona, across Madison and the UW-Madison campus.

"We'll take the summer to do it, we'll try to hopefully hit a number of them today and that. It gets you out of your hometown and gets you out of the house. It's a fun little adventure. We like doing adventures so this is a neat adventure," said Jim Hearne, one of the many spectators checking out the statues.

There's a Bucky on Parade map to help you. For an interactive map and list of all the statues with photos, click here.

While most are already owned by a sponsor, 30 Buckys will be auctioned off, with proceeds going to several local charities.

When you see one, take a picture and post it, using the hashtag #BuckyOnParade. Or, click here to upload your photo to our NBC15 gallery.

NBC15 is a proud media partner of the Bucky on Parade project. Please click here to see more information and our featured stories.

Here are the Facebook Lives that our team captured at several of the Bucky statues:

Amy Pflugshaupt was at the unveiling of the “Broadcast Bucky.”

Kalie Greenberg was at the unveiling of "Ringo Bucky."

Mike “Jocko” Jacques was at the “And On Wisconsin! Bucky” in front of the Kohl Center.

Meghan Reistad was at “Bucky on Ice.”

John Stofflet was at “Grow Bucky.”

Meteorologist Brian Doogs was at "Bike The Burg Bucky."

Amy Carlson was at "Bucky the Builder."

Morgan Wolfe was at "Jump Around Bucky" and "Bucky in Red."

Ever been to a @BadgerFootball game? Maybe your picture is on Jump Around Bucky! You can find it outside the @greatdanepub in Hilldale. #nbc15 #BuckyonParade pic.twitter.com/9dXPCyrgrX

Check out this detail!! Bucky in Red sits outside of Metcafe’s in Hilldale. #buckyonparade #nbc15 pic.twitter.com/2bbzaUCHd1

Here is "We All Fit Together Bucky" and "Buck-y" in Sun Prairie.