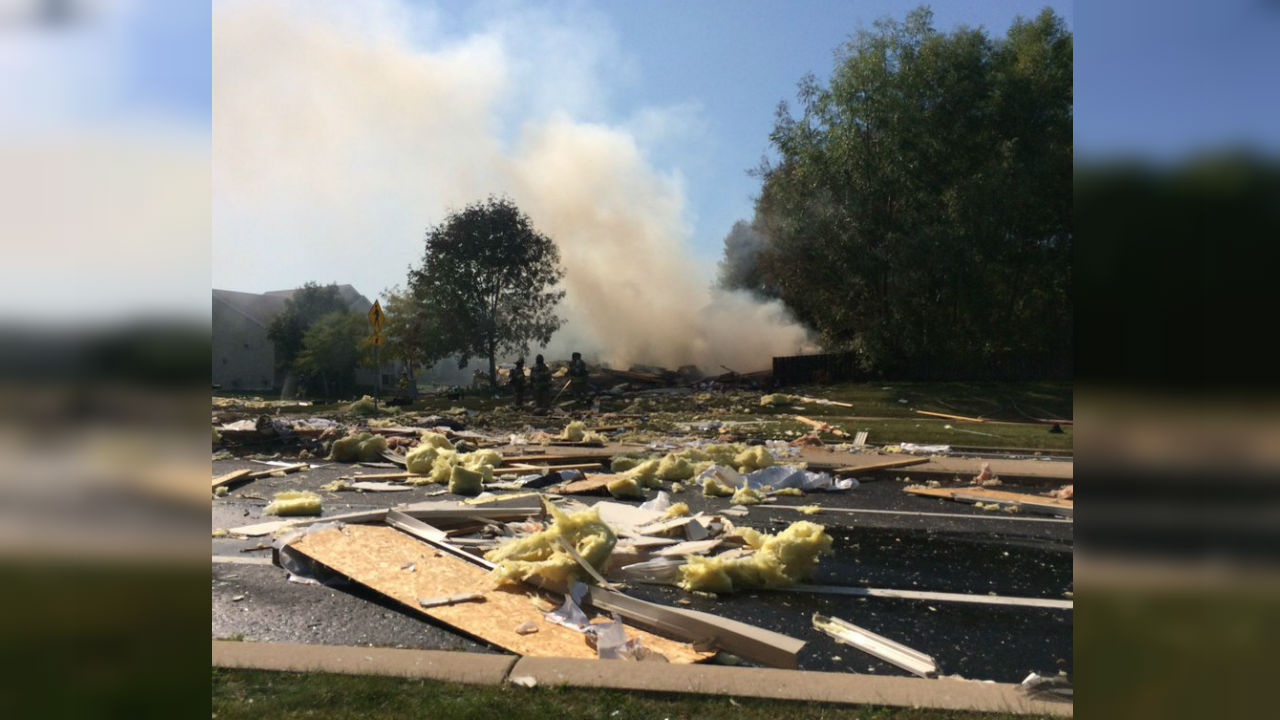 MADISON, Wis. (WMTV) -- After a house exploded in Madison's Ice Age Falls Neighborhood, officials say they were able to contact with the homeowner, but do not know if anyone was inside at the time.

According to the Madison Fire Department, crews were called to 7806 Stratton Way just before 2:00 p.m. Wednesday for a report of a house explosion. Fire crews were able to knock down the fire at 2:36 p.m.

According to the City of Madison assessor's property information website, the owners of the home are Steven and Lee Anne Pirus. The owners of the house were away, but firefighters initially searched the rubble, not knowing if anyone was inside when the house exploded.

Chief Davis says it is unclear if anyone was inside the home during the explosion.

He said there were two injuries related to the incident, a bystander was taken to a hospital with non-life threatening injuries and a firefighter was also injured and treated at the scene. A nearby home was also damaged.

Fire crews and investigators will remain on scene overnight and Thursday.

Authorities say this incident is being treated as a criminal investigation.

Statement from MGE regarding the incident at 7806 Stratton Way on Sept. 13.

"Our ongoing investigation shows no evidence of a leak in the underground gas distribution system.

MGE did not receive any calls for that address yesterday prior to the 911 call. Our first responders were on the scene within a few minutes and shut off gas to the residence as soon as they could safely access the scene. We also shut off gas to an isolated area surrounding the incident scene. MGE crews have completed a thorough survey of the area to ensure the safety of the surrounding neighborhood.

We are actively participating with the ongoing investigation."