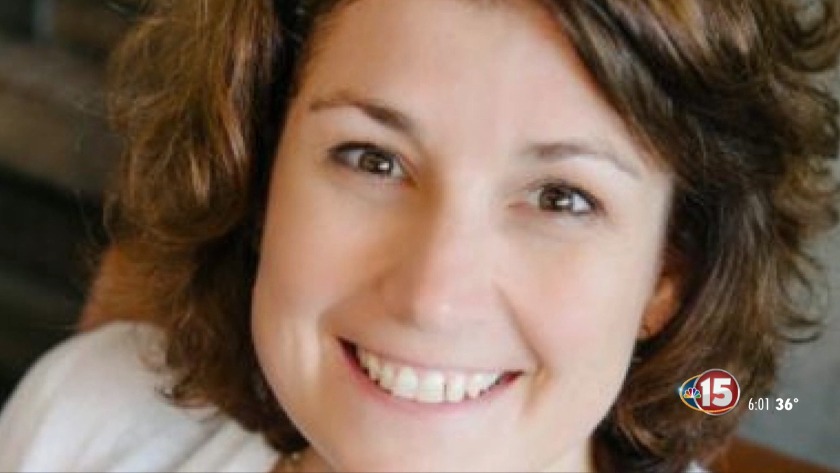 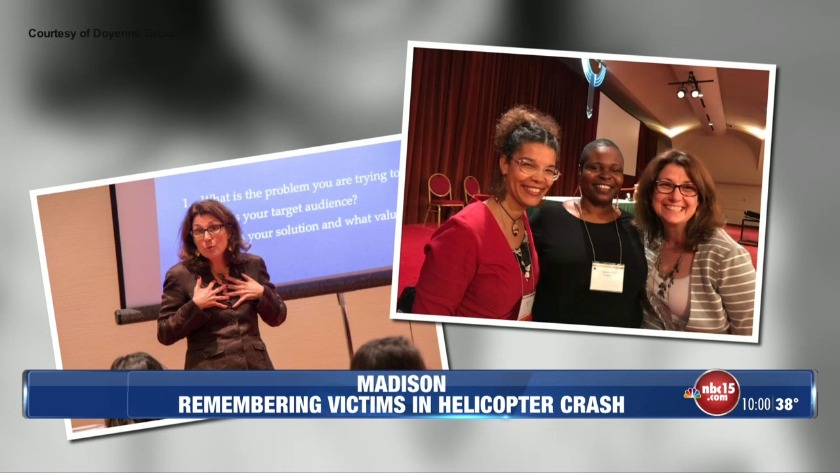 MADISON, Wis. (WMTV) -- Colleagues at Doyenne remember their co-founder Amy Gannon as an unforgettable leader that "didn't back down."

Amy Gannon and her 13-year-old daughter passed away in a helicopter crash in Hawaii Thursday.

"She just lit up a room and her presence was known," Heather Wentler, Doyenne's co-founder, said. "When she was talking to you, you really felt like you were the only person in the world at that moment."

Jasmine Timmons, another colleague at Doyenne, said Gannon was unforgettable. "You met Amy and you just remembered her randomly because her energy was just that electrifying."

Colleagues said Gannon's vision was to develop female entrepreneurs and change the way they were represented in Madison.

"Madison has been named one of the top communities for entrepreneurship across the nation, and I really believe it’s because of the work Amy has done not just within Doyenne but through her various other roles and opportunities," Wentler said.

Gannon also served on the faculty at Edgewood College for nearly ten years. The college released a statement on Saturday.

"The Edgewood College community is heartbroken by the loss of longtime faculty member and former Interim Dean Amy Gannon. Gannon and her daughter, Jocelyn, were among the people killed in a tragic helicopter crash in Hawaii on Thursday.

“Amy was such an energetic and positive presence on our campus for many years,” Mary Ellen Gevelinger, O.P., Interim President, said. “Her work empowering women with an entrepreneurial spirit and a passion for excellence both in and out of the classroom are her lasting legacy. Our prayers today are with her family and all who loved her.”

Gannon served on the faculty at Edgewood College for nearly ten years. She served as Interim Dean of the School of Business for two years.

'At Edgewood College, we remember the words of Meister Eckhart at difficult times like this,' Gevelinger added. 'He wrote, "there is no pain or sorrow which comes to us that has not first passed through the Heart of God."'

Gannon and her family were visiting Hawaii for a holiday vacation. She and 13-year-old daughter Jocelyn died in a helicopter crash while on their visit.

Easter Bunny is classified as an 'essential' worker

'I have never seen this in my career': Insurance companies offer rate adjustments in pandemic

Easter Bunny is classified as an 'essential' worker

'I have never seen this in my career': Insurance companies offer rate adjustments in pandemic