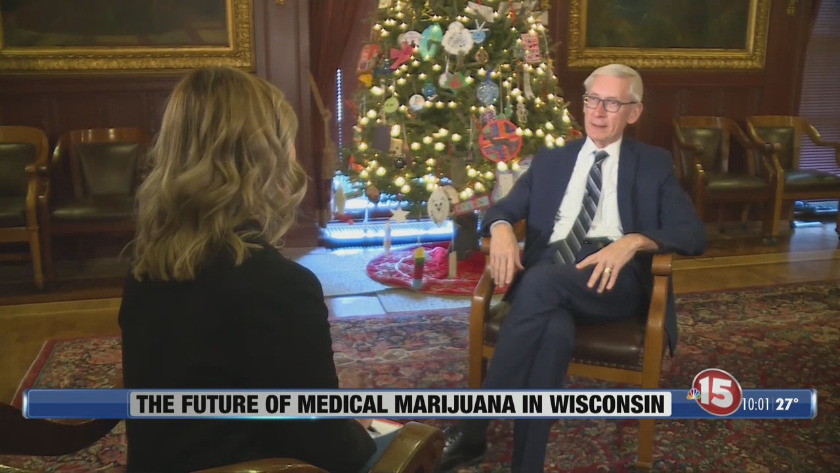 VIDEO: The future of medical marijuana in Wisconsin 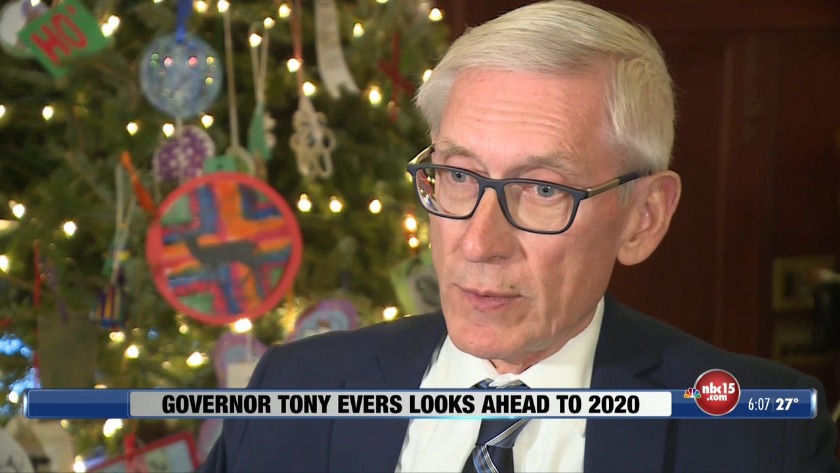 VIDEO: Gov. Evers looks back on first year in office 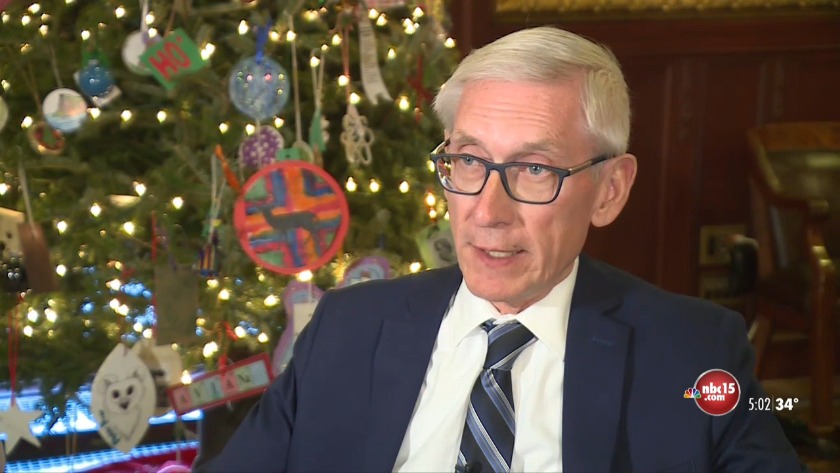 MADISON, Wis. (WMTV) -- After being in office for nearly a full year, Gov. Tony Evers is taking the legislative break to take a breath and look forward to a fresh start in 2020.

Gov. Evers speaks about his goals for 2020 and reflects on his first year in office. (WMTV)

On Thursday, Evers reflected on his first year in office and outlined his goals for 2020. He said the first thing he plans to tackle are issues that affect rural communities, like farmers’ mental health and clean water.

He said the biggest issue to come to the Capitol will be redistricting once they receive information from the 2020 Census.

“My goal, and I know it’s a vast majority of people of Wisconsin, would be to have is fair maps, that they are not advantaging to either party” said Evers. “So that will be a touch point going forward, to say the least.”

A look back on 2019
Overall, Evers felt the issues he ran on for office, such as school funding and a good transportation system, had major gains in the budget.

“Going forward, we are in a much better place – set a high bar, and we didn’t get quite to where we wanted to, but I think if you ask any school superintendent or others in the counties and municipalities that they’ve seen some real growth and our support for them.”

Evers said he wanted the Medicaid expansion, but legislative leaders want to leave $1.6 billion on the table. He plans to continue to push for the issue in 2020.

He also was a proponent of gun reform and called a special session in November to take up a pair of gun control measures. The first piece of legislation expanded universal background checks. The other, known as a “red-flag law,” allows family or law enforcement to petition a judge to have guns taken away from an individual they feel is a danger to themselves or others.

When the session came, Republican leaders in the legislature opposed the proposals.

Evers said on Thursday, that he will still try to find middle ground on gun control, but right now, the legislative leadership doesn’t want to take up the issue.

“I mean clearly if they’re going to dig in their heels there’s not much I can do to make them change their mind,” said Evers. “But at the end of the day that’s what the people want so I’m hopeful that they’ll see the light.”

As far as working together, Evers believes there is bipartisan support for mental health and clean water. He also added that Republicans and Democrats are not always constantly at war with one another, but they need to do a better job at giving and taking.

“I’m not concerned about that, I think we can do a better job at it,” said Evers. “But, you know, this is Wisconsin, we’ll get along.”

Medical Marijuana
Evers said there is one issue causing a buzz, and its medical marijuana.

“Is that the most important issue in the state of Wisconsin? Probably not. I think there are others that are higher-profile, but the bottom line is that there seems to be some bipartisan support.”

Evers said it is an issue that doesn’t need to wait until the next budget. He said Assembly Speaker Robin Vos seemed supportive of the measure and some Republicans in the Senate are sponsoring bills.

However, Vos said on Thursday that legalizing medical marijuana will not happen in 2020, and he does not know when lawmakers will take up the issue.

Man surrenders after barricading himself in Sun Prairie home

Man surrenders after barricading himself in Sun Prairie home