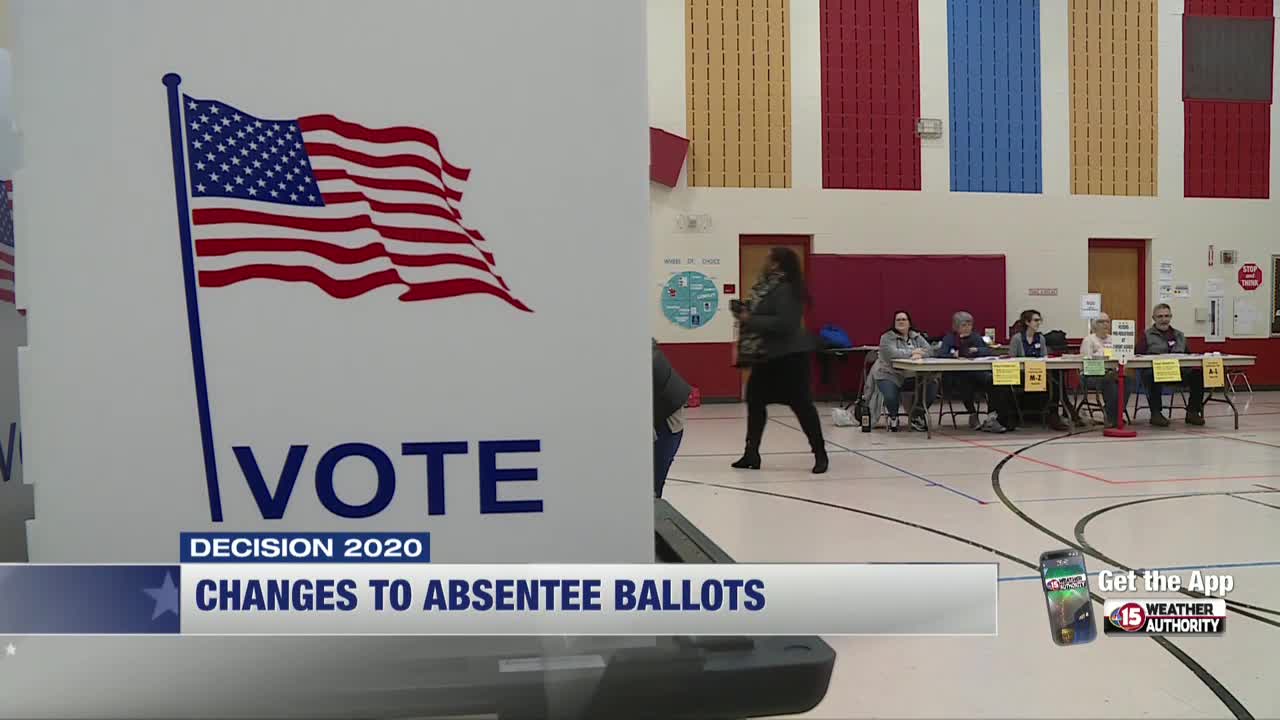 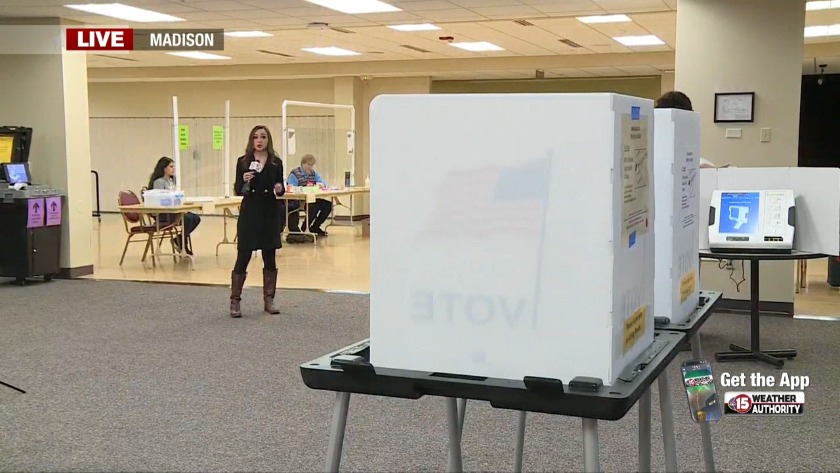 MADISON, Wis. (WMTV) -- A dramatic day for Wisconisin's Spring Election and Presidential Primary ends with voters who haven't submitted their ballot yet needing to get their vote in Tuesday - or else it won't be counted.

On Monday, Wisconsin's Supreme Court ruled that Democratic Gov. Tony Evers could not postpone the state's presidential primary, striking down his order to move the election to June over coronavirus outbreak fears.

Shortly thereafter, the United States Supreme Court puts a stop to a lower court's ruling that would have extended the deadline for absentee voting.

On Monday, just a day before voting, Evers issued an executive order that in-person voting would be pushed back to June 9.

In 4-2 decision issued less than five hours later, state Justices stated Evers lacked the authority to move the election on his own.

The decision means voting will occur as originally scheduled on Tuesday. It also means Wisconsin will be the only state with an election scheduled in April that is proceeding as planned.

Evers' original order also called for a second special session of the Assembly on Tuesday. In striking down the rest of the order, the state high court upheld this section, meaning lawmakers will have to meet at the Capitol at 2 p.m. for the expressed purpose of considering a new date for in-person voting.

Later Monday, the U.S. Supreme Court blocked a plan to extend absentee voting in Wisconsin's spring primary by six days because of the coronavirus. In its decision, the Justices repeatedly pointed out that extension was imposed by the District Court, but had not been sought by the plaintiffs in the case.

Its ruling means absentee ballots must be postmarked no later than Tuesday, April 7. Anyone who requested an absentee ballot but do not get it by Tuesday will need to vote in person.

Gov. Tony Evers issued a statement Monday night, regarding the Supreme Court's verdict. Evers said the ruling allows Tuesday's election to proceed against the advice of public health experts and with extreme risk to the public due to the COVID-19 pandemic.

“There are few things we hold more sacred and that are more American than the right to vote," Evers said. "People have bled, fought, and died for the right to vote in this country. But tomorrow in Wisconsin, thousands will wake up and have to choose between exercising their right to vote and staying healthy and safe. In this time of historic crisis, it is a shame that two branches of government in this state chose to pass the buck instead of taking responsibility for the health and safety of the people we were elected to serve.”

"Over a million ballots have been requested for tomorrow’s election. We continue to believe that citizens should be able to exercise their right to vote at the polls on Election Day, should they choose to do so," they said in a joint statement. "The election will proceed as planned."

The Republican leaders went on to compliment the clerks "who have been working around the clock to endure a safe and fair election" as well as the National Guard members who are set to help at the polls.

In a statement issued when he announced the move, the Democratic Governor said his action comes after the Republican-led legislature adjourned from the special session he ordered last week without moving the election. On Monday morning, lawmakers gaveled into session and ended it almost immediately afterwards without plans to meet again until Wednesday.

“[A]bsent legislative or court action, I cannot in good conscience stand by and do nothing,” Evers said, announcing the action. “The bottom line is that I have an obligation to keep people safe, and that’s why I signed this executive order today.”

The order would have let the ballots already cast will remain valid and will be tallied with the results of the now-June election. It also called for those elected officials whose terms expire before the June 9 election would have those end dates extended until the new election date.

“Frankly, there’s no good answer to this problem—I wish it were easy. I have been asking everyone to do their part to help keep our families, our neighbors, and our communities safe, and I had hoped that the Legislature would do its part—just as the rest of us are—to help keep people healthy and safe,” Evers had said.

Senate Leader Scott Fizgerald and Assembly Speaker Robin Vos released a joint statement within minutes of the Governor’s declaration saying they would immediately challenge the order in the state Supreme Court.

““This is another last minute flip-flop from the governor on the April 7th election. The governor himself has repeatedly acknowledged he can’t move the election,” they said in the statement.

Vos and Fitzgerald pointed to last week’s decision by a federal District Court in which they said Judge Conley claimed he didn’t have the power to cancel the election nor does the governor.

Expecting Evers' order would likely be challenged in court, the Wisconsin Election Commission said it would continue planning for a vote on Tuesday in an open letter to municipal and county clerks.

"While the Governor has called for moving the election, we can be certain there will be very fast moving litigation," WEC Administrator Meagan Wolfe said in an open letter to the clerks.

Wolfe told clerks if the election is moved, the agency will make the necessary adjustments and let them know what they will need to do.

"Our state is so incredibly lucky to have each and everyone of you. Thank you for your continued public service and we will let you know if there are any additional developments," she added.

The Wisconsin election is being viewed as a national test case in a broader fight over voter access in the age of the coronavirus with major implications for the presidential primary contests ahead and, possibly, the November general election.

The Wisconsin State Supreme Court ruling in a 4-2 decision. We will breakdown a timeline of today's events at 6 on @nbc15_madison. #NBC15 pic.twitter.com/ubPKZ9ntE5

Authorities investigating after police shot a man in Watertown