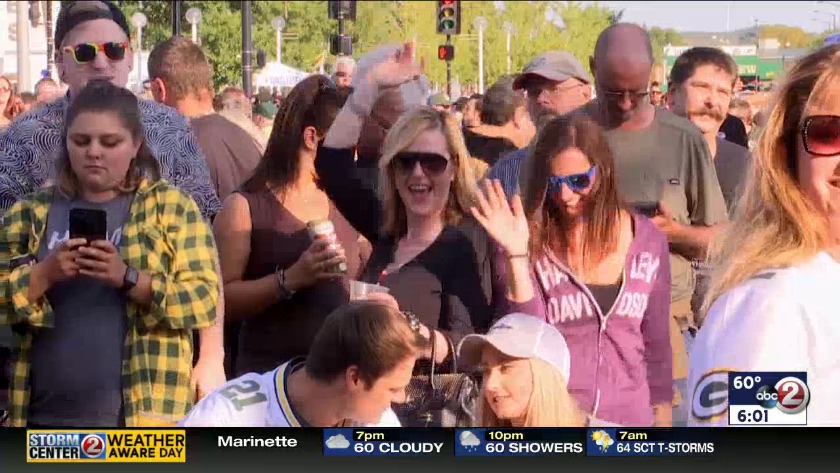 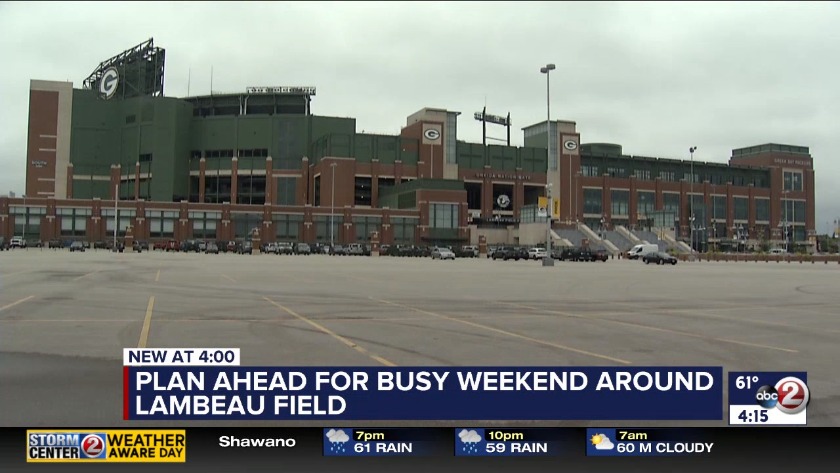 GREEN BAY, Wis. (WBAY) Even with one more work day to go, a lot of people have their eyes set on a big weekend in the Green Bay area.

The Green Bay Packers home opener is setting the stage for a very busy few days.

The party atmosphere of a game-day tailgate might feel like it lasts for days as excitement builds for the Packers home opener.

"It's not a normal weekend, but it's not something we haven't done before," says Green Bay Police Commander Paul Ebel.

Police are bringing in extra staff starting Saturday afternoon for the free Big & Rich country concert the Packers are hosting in the Lambeau Field parking lot next to the Johnsonville Tailgate Village.

That concert kicks off at 5:00 p.m. and is expected to draw big crowds, much like last year's Steve Miller Band concert.

Ebel says this year they're better prepared. They plan to shut down Oneida Street from Mike McCarthy Way to Lombardi Avenue at 2:00 p.m. to keep pedestrians safe.

Part of Armed Forces Drive will also be closed in anticipation of big crowds moving toward country star Eric Church's concert at the Resch Center at 8:00 that night.

"I'm guessing there's going to be a fair amount of people, but we'll be prepared," adds Ebel.

PMI, who manages the Resch, encourages fans to treat Saturday like a game day when it comes to parking.

With the concerts, plus several other walks and events in Green Bay this weekend, police encourage everyone to leave early and plan for a safe way home.

"We'll have some saturation patrols out, which is our OWI enforcement," says Ebel. "Take an Uber. Take a Lyft. Take a taxi."