Koval: Politics a catalyst to departure from Madison Police Dept. 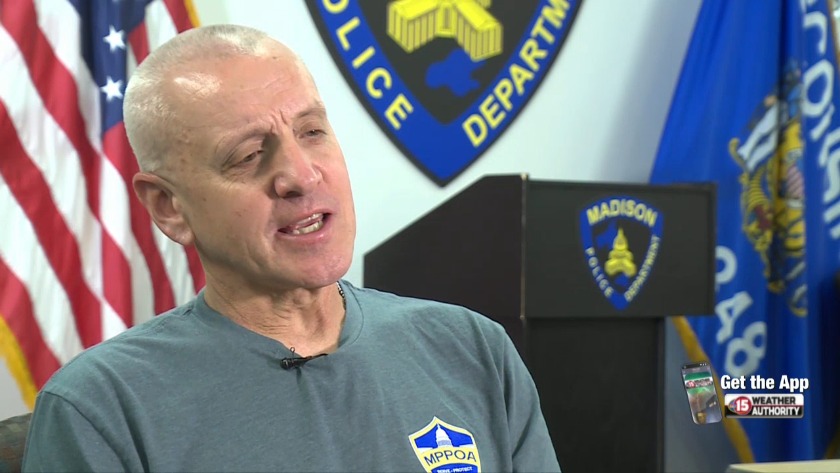 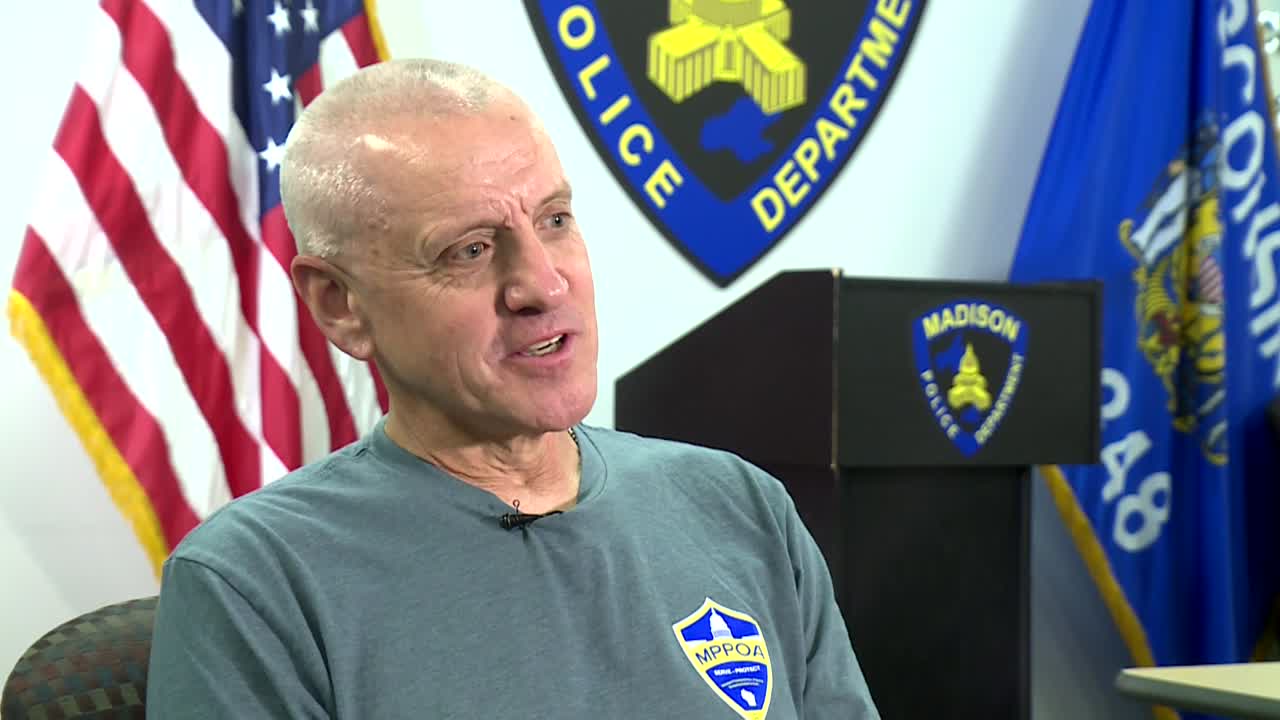 Full one-on-one interview with Mike Koval on his retirement

MADISON, Wis. (WMTV)-- 24 hours after announcing his retirement as Chief of the Madison Police Department, Mike Koval shares his reasons for leaving office.

On Monday, Koval spoke with NBC15's John Stofflet in a one-on-one interview [Watch the full interview above]. He said he was becoming increasingly frustrated with politics and is wary of the mayor’s operating budget that is set to be released Tuesday afternoon.

“Politics with policing in general, was one of the catalysts for me leaving now,” said Koval. “I was increasingly frustrated people aren’t letting me do my thing independently. I like people to stay in their lanes, and to that extent, that isn’t happening or won’t be happening to the extent of, I can’t get the resources I need. I think it’s time for a different voice, perhaps someone who can appeal to what it is, that will create a better opportunity for public safety moving forward.”

Koval has appealed to the Common Council and Mayor Satya Rhodes-Conway and former Mayor Paul Soglin to increase staffing to better serve the community. He notes while the request for the Midtown Precinct was granted, the need for 31 positions has been unanswered.

To fulfill the need, in July, Koval diverted 12 positions to address patrol staffing shortages in 2020. The changes will reduce the Community Policing Teams, Community Outreach and Resource Education unit, the Gang Unit, and the elimination of two neighborhood officer positions.

“I’m seemingly becoming more like the proverbial, square peg trying to fit into round holes here in Madison,” said Koval. “I’m concerned that public safety is being left as an also-ran category as opposed to a feature category. Elected officials have to run for office, they have create platforms, they have to set agendas, and to the intent if they win, to the victor goes the spoils.”

On Tuesday, Mayor Rhodes-Conway will be unveiling the operating budget. She has stated in the past that transportation and affordable housing are key points she wants addressed in both her operating and capital budget.

On Sunday, Madison Mayor Satya Rhodes-Conway thanked Koval for his service and said she will be working with the PFC to select the new chief.

Rhodes-Conway on Sunday said she “will be urging them to conduct a process in which members of the department and members of the community have significant input into the kind of police chief they wish to lead the Madison Police Department into the future.”

Koval said during the Spring mayoral campaigns of both Rhodes-Conway and Soglin, there was no mention that public safety was a key issue, and focused on other resources instead. He said it was frustrating and felt he was the “lone voice in the wilderness.”

“For public safety, you aren’t on a best of this or best of that list,” said Koval.” You can create a flotilla of mass transit, but if people don’t feel comfortable going to their destination, that’s a problem.”

Tenure at the Madison Police Department

He’s served Madison as its police chief for more than five years, and to the shock of many, Koval announced his retirement on Sunday. on the police chief’s blog.

Koval said during his career with MPD, he was shot at, spat upon, been in two car crashes, received death threats, had people try to ruin his credit rating by applying in his name, been sued, and dealt with the elements. Despite all that, Koval said he would not trade his experience for anything.

Assistant Chief Vic Wahl will be the interim Chief of Police for MPD until the Police and Fire Commission (PFC) conducts a hiring process. Wahl is the most senior chief. Assistant Chiefs John Patterson and Paige Valenta completed what Koval named his “dream team.”

Wahl began serving with MPD in 1991. He was assigned to patrol and the Dane County Narcotics and Gang Task Force. He served in a variety of assignments, including Professional Standards & Internal Affairs and in the West District.

According to MPD, Wahl was instrumental in bringing less lethal force technologies to the department, and was heavily involved in the development of MPD's K9 unit and the formation of Capital K9s.
Wahl has an undergraduate degree and a law degree from the University of Wisconsin-Madison. He has provided legal instruction to police officers over the years.

The PFC's next scheduled meeting is in two weeks, on Monday, Oct. 14. The board will likely "officially" designate a department officer to act as chief during the appointment process. The board is expected to announce recruitment, testing and evaluation plans in the near future.

Wray gave more notice before he left office. He announced his retirement in August 2014 and his last day was in September. Koval’s appointment was announced roughly six months later in April 2014.

Koval is hoping under new leadership, there will be different perspective and a fresh face for public safety.

“I’m concerned my voice has become stale,” said Koval. “I was fairly chronic about my concerns about the deficits, my concerns about how some of the narratives in this community have been specifically targeting police without truly looking at underlying issues. Perhaps a fresh face with a different set of contexts they can share differently than I have, I am hoping Madison will come to understand.”

We thank Chief Koval for his many years of service and look forward to assisting the Police and Fire Commission in any way we can in the search process for a new Chief. This is a very critical position for our City at a time in which we will be receiving and starting to implement the recommendations of the Madison Police Department Policy & Procedure Review Ad Hoc Committee.

Michael Johnson, CEO and President of Boys and Girls Clubs of Dane County, spoke with NBC15 on Sunday about the qualities for the next police chief and said: “I would say to be visible in the community, to seek understanding and not just be understood, and making sure when these controversial issues come up that the next chief is there and visible and understands you know how different people might feel about different issues.”

Life beyond the badge

Monday was the first day in five years Koval did not enter the police department in uniform, and left his phone on its charger in another room. After making his announcement Sunday, he described the changes as eerie.

"I am used to getting a call in the middle of the night, either an injured officer or something news worthy that I ought to be aware of before it hits the daylight," said Koval. "It would be unusual getting more that five hours of sleep, but I think it is something that I could grow into.”

A sign remains over his former office door that reads, "Police like a Champion." It reminded Koval daily of the challenges of the job, and what he is most proud of in his career as police chief.

"The stuff we have done in the area of mental health, restorative justice, community engagement, all of those things are sort of nice byproducts of people who are creative, resourceful and have a never-day-die attitude," said Koval. "It is always the people that you lead that you are the most proud of in terms of a legacy.”

Koval said he will miss the triumphs of his department the most. From a boy complimenting the way an officer interacted with him or from the Latino community's hospitality towards the police department, Koval said those positive moments are what he hopes people remember about policing in general.

"I think it is a disservice to constantly look at police through the lens of the most recent use of force incident," said Koval. "Lawful and awful can go hand-in-hand with use of force, but that is not, sort of the tail that wags the dog, that is the anomaly, the speed bump, the hiccup. I’d rather people look at our body of work because there is so much more to celebrate then there is to criticize.”

Koval said he is looking forward to life beyond the force. He said he is now a grandfather, and he hopes to spend more time with his wife and two sons.

Whoever is chosen as the next Madison Police Chief, Koval leaves his policing career with this advice: "The MPD family has been my alpha, my omega, my beginning and end. I counsel others to do better with striking a balance in their lives, especially with my peers and officers. I have not done that, much to my chagrin, and there are costs for that. There are sacrifices that if I had the chance, would of, could of, should of. I should have reoriented to those needs first. I hope people will hear me and listen to me about how I have regrets of how I didn’t put my biological family first at times.”