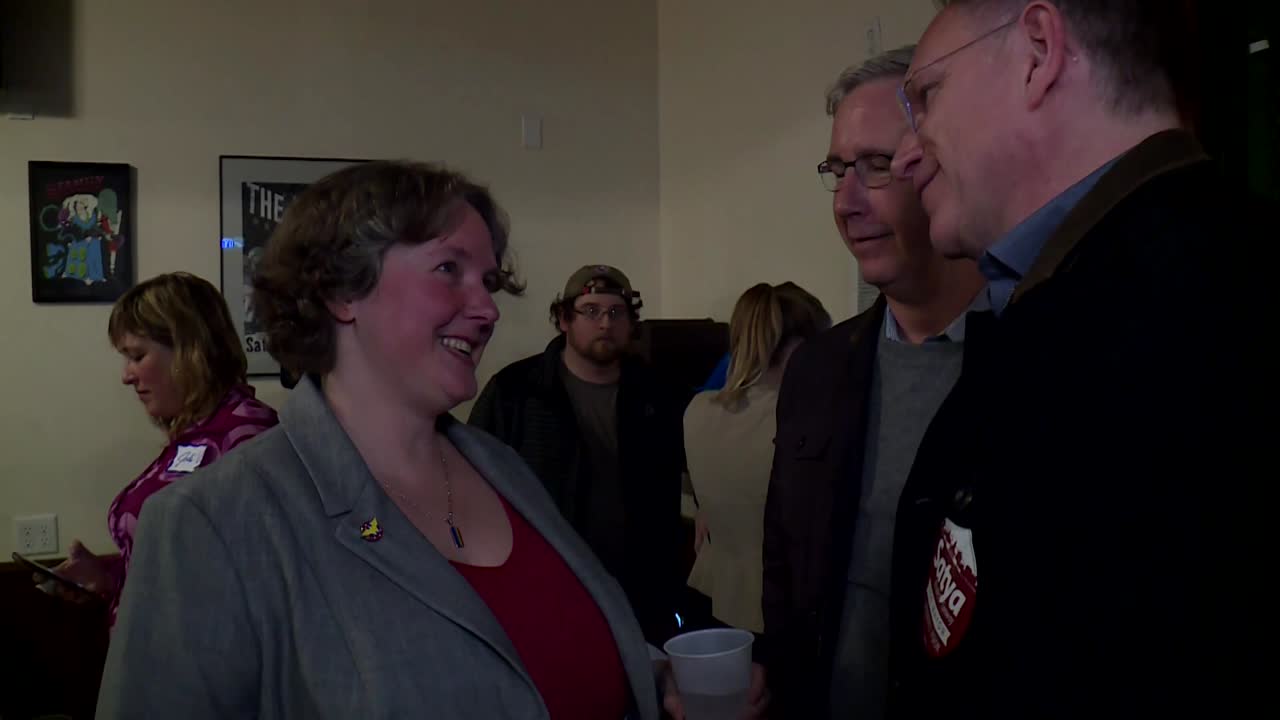 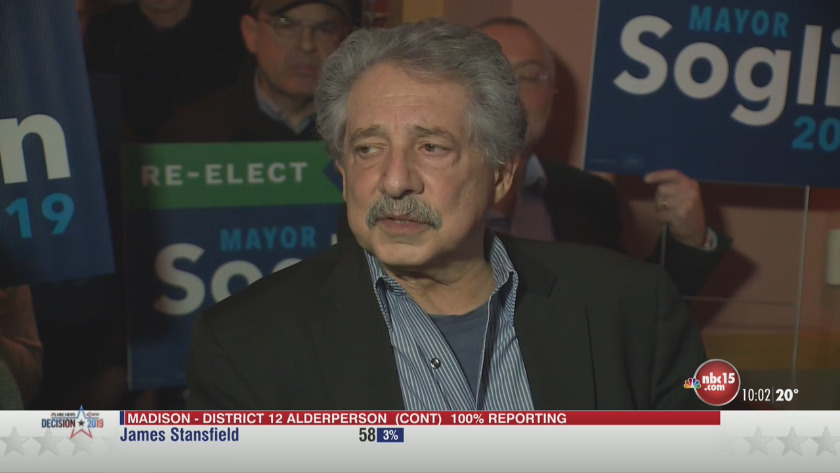 Current Mayor of Madison Paul Soglin and challenger Satya Rhodes-Conway finished with the first and second most votes respectively and will move on to the spring election on April 2.

Soglin, Rhodes-Conway, Maurice Cheeks, Raj Shukla and Nick Hart and were on the ballot Tuesday. Toriana Pettaway was not on the ballot, but was at the final forum Saturday night.

You can follow the election results for the entire ballot here.

Soglin has occupied office longer than anyone in the city, and is seeking his ninth term. In his campaign he said he wanted to build a stronger Madison, a more diverse city government and wants bus rapid transit.

“I’m pretty excited we had a great day, I think the city is looking for change and I’m hoping to be able to do that,” Rhodes-Conway said. “I respect Mayor Soglin and I hope he respects me — may the best woman win.”

Maurice "Mo" Cheeks received the third most votes with 23% of the vote. At Hawk's Bar and Grill on State Street, Cheeks encouraged his supporters not to give up, and to keep moving Madison forward.

"Obviously this wasn’t the outcome that we were looking for, but I was excited to share an evening with my supporters as we have fought hard for a future for Madison that advances what’s possible for our city," he said. "We’re all going to continue to find opportunities to roll up our sleeves and work to make this city a place that works better for all people. It’s an important time in the history of Madison, and it’s been an honor to run this race.”

Cheeks is the Alder for District 10, and said he looks forward to closing out the remainder of his term as alder "strong," and getting back to tutoring in schools.

Cheeks' campaign points included fighting inequality in Madison, as well as increasing opportunities for mentoring and tutoring programs in the city.

#ElectionDay is now over for the February primaries as polls are closed. We’re here at the @SatyaForMadison watch-party where the Madison mayoral candidate will be arriving within the hour. We’ll have live reports tonight on @nbc15_madison #NBC15 #WisPolitics pic.twitter.com/8jxzCUvRLt

Smatterings of applause here at the @SatyaForMadison watch party as Rhodes-Conway is a close second to Madison Mayor Paul Soglin with 95% reporting. @nbc15_madison #NBC15 pic.twitter.com/Q7GYDzsKY3

.⁦@Paulsoglin⁩ is seeking his 9th term as Madison’s mayor. Waiting for the primary results to be called .. ⁦@nbc15_madison⁩ pic.twitter.com/rcuwcsPmir

.@nbc15_madison calls the Madison’s race for mayor — @Paulsoglin and Satya Rhodes-Conway will move on to the election in April. #NBC15 in just a few minutes Soglin will address his supporters pic.twitter.com/cj1ehXDtDl

.@SatyaForMadison watch party is only just getting started. The #Madison mayoral candidate says she wants to carry the momentum forward to the April election. #NBC15 @nbc15_madison pic.twitter.com/EdkiLhTHyj