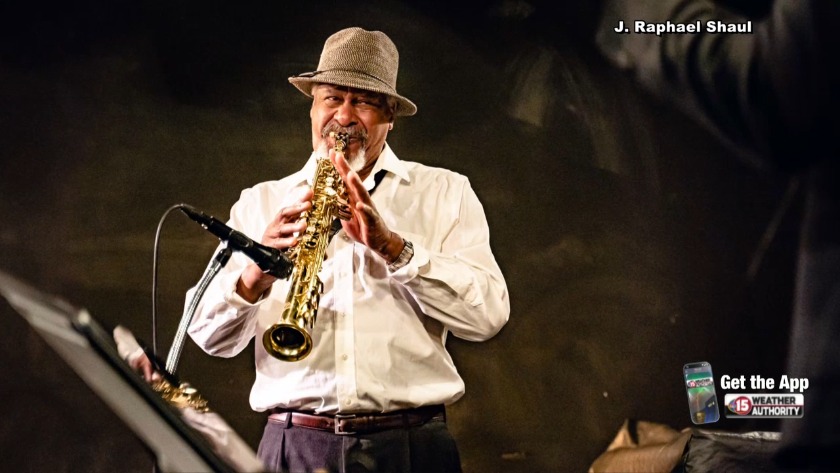 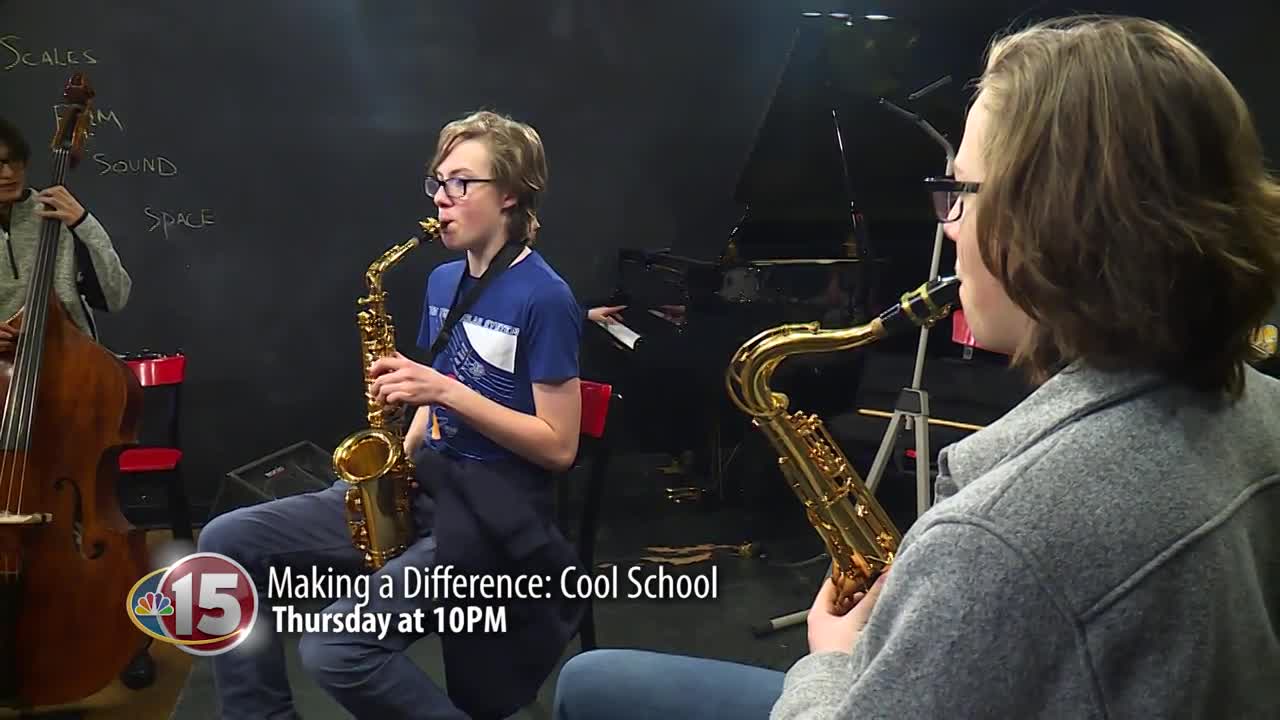 On a Friday night, you might find the accomplished jazz saxophonist and flute player at his Cafe Coda, heating things up on stage with a touring jazz band. But Saturday mornings are all about the cool--Cool School.

As student Gracie put it, "Instead of just having a certain thing that we have to practice, we kind of just go our own way...and I really like that." Student Liam added, "Well, it's different every time...unlike most music. It's awesome! No one can say that it isn't."

Daniel's fingers started exploring and playing the bass and other students joined in and started jamming with him.

Taylor said, "Our whole thing is to encourage creativity through music...
and to introduce music as a language." Cool School student Evan enjoys it. He said, "He's one heck of a teacher, I'll tell you that."

Taylor finds unique ways to teach kids about the soul of jazz--the art of improvisation. He encouraged a young musician to jump up and down on a stool, then asked the student if he could "feel it". He then said,
"I want you to take all of that energy, and (pointing to his heart) I want you to put it right here…you dig?" The kids then all improvised a funky number together.

Taylor is a true believer in fostering a love for music in kids. "I believe that music will be an avid part of saving the world...and if we can keep our kids involved with it, then our ability to communicate and connect with each other becomes more of a possibility."

For more than a year when he was 27-years-old, life played a cruel trick on this man for whom Jazz is life. He suffered from facial paralysis, and was told he would never play a wind instrument again.

Taylor said, "One year out of grad school with a Masters in Music Therapy, I landed a pretty high-stress position as a crisis intervention counselor for a group home of seriously disturbed youths. I imagine the ordeals of these young cats was something that I seemed to internalize. The doctors told me that it was a severe case of Bell's Palsy, which paralyzed my face on the left side."

He added, "I was told that I would never play a wind instrument again. There are some days in life that one never forgets. I will never forget the day coming home from the Doctor's office when I sadly, but gently placed my horns in the closet and closed the door. That night, i made a pact with the Creator that, if I were ever to regain my ability to play, I would first give thanks and remind myself that it could be the last."

After receiving treatments from a naprapath for about 16 months, Taylor said he regained the strength to play. "For the past forty years I have remained true to that promise to the higher forces and it has always served me." Taylor added, "When you approach a performance in that way...there's no such thing as a wrong note."

The next Benny Goodman, Jelly Roll Morton, or Coltrane might just get their start at Cool School. With a wry smile, Taylor said, "I believe there is genius within our reach..and it's 'cultivatable'."

The reward of sharing his love for jazz on stage and with aspiring jazz musicians keeps Taylor going. I asked Taylor how long he will continue to play? He answered, with a chuckle, "Well, how much longer do I have? I'll be 70 years old the next couple of days. I plan on playing my ass off the next 25 years. I don't know. I'm not ready to leave yet...I'm still here". Here, as the head jazz master of the coolest school in town.

Cafe Coda's Cool School is a non-profit that relies on donations to continue. Students don't pay tuition, and don't even have to have their own instruments. Taylor sometimes pays for instruments out of his own pocket if donations aren't there. There is a GoFundMe page set up if you'd like to support Cool School.

You can also visit them on their Facebook page.