Middleton Police Chief: 'it runs the whole gamut of emotions' 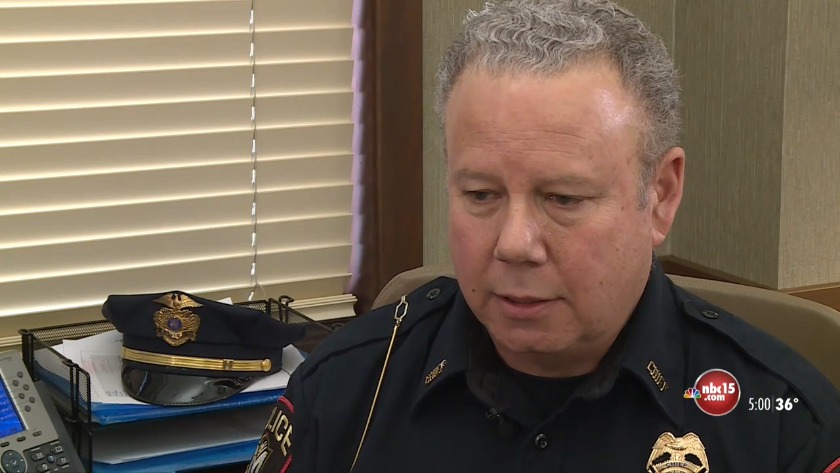 On Jan. 7, the Dane County District Attorney Ismael Ozanne announced the two Middleton Police Officers and two Dane County Sheriff's deputies were cleared of any criminal liability when they used deadly force to shoot and kill then, suspect Anthony Tong. Tong was killed with a shot to the chest.

Tong shot at four of his co-workers the morning of Sept. 19 at WTS Paradigm, a software company in Middleton, Wis.

On Jan. 7, the Wisconsin Department of Justice released redacted body camera footage and documents in the investigation.

Foulke said when officers involved and his department saw the video, it was hard to watch and many of the officers were emotional, including Foulke.

"Hearing the sirens, hearing the police officers boots crunching through the glass, the commands that were yelled and the shooting," Foulke said. "It’s not something anybody takes lightly and it brings back a lot of emotions for a lot of people."

When it comes to transitioning his officers back into normal everyday duties, he said it takes time, however he's been in regular contact with them.

"It runs the whole gamut of emotions," Foulke said. "From pride to a job well done, to second guessing, just the trauma of it or how it affects them and the concerns they have for their families."

Foulke said there may be people in his department or Paradigm who may change the course of their career based on the Sept. 19 shooting because of the impact it has emotionally on anyone involved.

"Cops don’t get into this business to shoot people. We understand we have to do that sometimes, and this was one of those ones that was completely justified, and that’s not an easy thing to do. When you take someones life, no matter how justified it is, no matter how well you did and so on, that’s not what we want to be remembered for," Foulke said.

Civil litigation may be coming in the near future toward the estate of the shooter, according to Foulke, but nothing is for sure.

He closed with admiration for the people at Paradigm:

"This is redacted, but I can tell you, they [Paradigm employees] literally picked up their friends and who were wounded, and dragged them out of the building. They are the heroes."

Opportunity Zones: How this federal tax initiative is impacting Madison

Thanksgiving donations actually going to charity? Runs for a cause vary in amount of community support

InvestigateTV: How high-profile hate crimes are not counted in FBI databases

Opportunity Zones: How this federal tax initiative is impacting Madison

Thanksgiving donations actually going to charity? Runs for a cause vary in amount of community support

InvestigateTV: How high-profile hate crimes are not counted in FBI databases