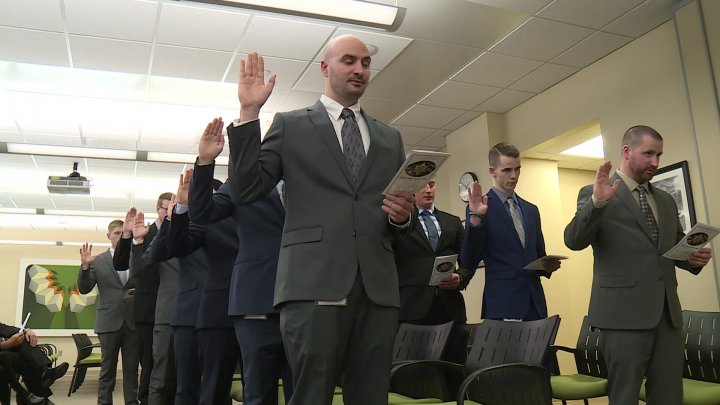 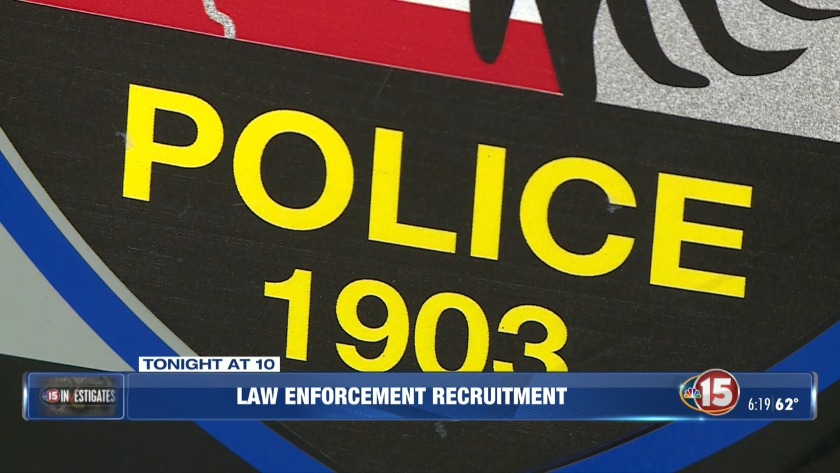 MADISON, Wis. (WMTV) -- The shortage in law enforcement is an issue facing our local agencies and across the nation. NBC15 Investigates is taking at look at the reasons for the shortage and what departments are doing now to try to bring in more recruits.

"Longer training hours, more expensive police academies combined with the fact that the economy is so good right now and people can make more money and get better benefits by going into the private sector, we get that," said King.

King grew up in Darlington and has worked for the Darlington Police Department for 26 years, 13 as chief.

"And then the challenges we face with that is that not all 20 of those applicants are qualified," said King.

His department of 10 is split half and half between full and part-time officers, so staffing hasn't been easy.

"People going into law enforcement, because of the shortage are finding full-time jobs immediately, which means all the smaller agencies in the state that rely upon part-time help are struggling," said King.

"And this is one of the topics that we've talked about each year, the decline in applicants entering our profession," said Sheriff Dave Mahoney with Dane County Sheriff's Office talking about his experience on the executive board the National Sheriff's Association.

Mahoney said after a recent recruiting event his staff attended in southeastern Wisconsin, that typically brings about 100 interested applicants, only 25 showed up.

To review that information on hiring practices in counties across southern Wisconsin, click here.

Portage Police Department reports about 10 years ago getting up to 140 applications for an opening. Last year, the department received just nine applications.

"Many of the ones we hire will leave within one to two years as well," said Brandner. "We have seen a sharp decrease in applicants in the past five to seven years. We used to get 100-125 applications per deputy opening 10 years ago and now we never see even 20 applications per process. Of those, we see many more unqualified candidates who do not have the skills, education, character or certications for a deputy job. Many more applicants with criminal records as well."

In Lodi, a staff of what was six full-time officers will soon be down to three. The department's chief resigned in April and another officer recently left the department. Lieutenant Craig Freitag, who is currently serving as the interim chief, will also be leaving soon with his last day on May 23. He is leaving for a chief position with the City of Clintonville in Waupaca County.

Bill Bessette with Madison College said enrollment in the law enforcement academy at the college has increased by 45 percent over the last three academic years, from 30 students in the 2016-2017 academic year to 44 students in the 2018-2019 academic year, and the criminal justice associate degree program has remained pretty stable. Bessette said there has been about a 2 percent increase in enrollment overall, during that same time period. However, Bessette said that wasn't the case as numbers dropped a bit a few years ago after a number of police-related shootings.

Of the three dozen departments that responded to NBC15 Investigates, University of Wisconsin Police Department Chief Kristen Roman was the only one who said she has seen a bit of an increase in the number of applicants the last three to five years. Roman credits, in part, their creative and sometimes comical recruitment techniques noting a recruitment video that involved a number of staff from her department.

DeForest Police Department recently created a recruitment team, made up of three officers.

"Really trying to reach out and get a broader scope people that would be a good fit for our department and the community," said Officer Claire LaBahn.

Join us for Read with an Officer this afternoon from 330p-430p at the library!!

In Fitchburg, Chief Chad Brecklin said in the last five to ten years he has seen application numbers down about 50 percent and is expecting four to five retirements in the next few years.
To help with hiring, his department recently started a lateral transfer program.

"Which allows experienced police officers to come in at a higher starting salary also allows them to come in and, depending on the number of years of service, get a higher start a placement on our vacation schedule,' said Brecklin.

Moving forward, Mahoney said hiring for character is crucial to build trust for the profession.

"It takes us years to build trust in our communities but it takes only a second and a bad decision by one individual, one officer, one deputy that can ruin that nationally, the reputation that law-enforcement has in our communities," said Mahoney.

"What we really need to do as communities, as media sources, is focus on the positive things that our law enforcement agencies are doing for communities so that people aren't afraid to get into that line of work," said King.