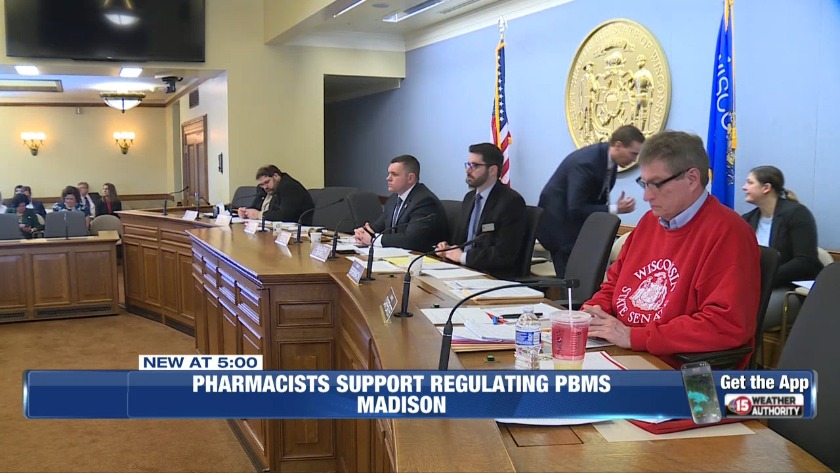 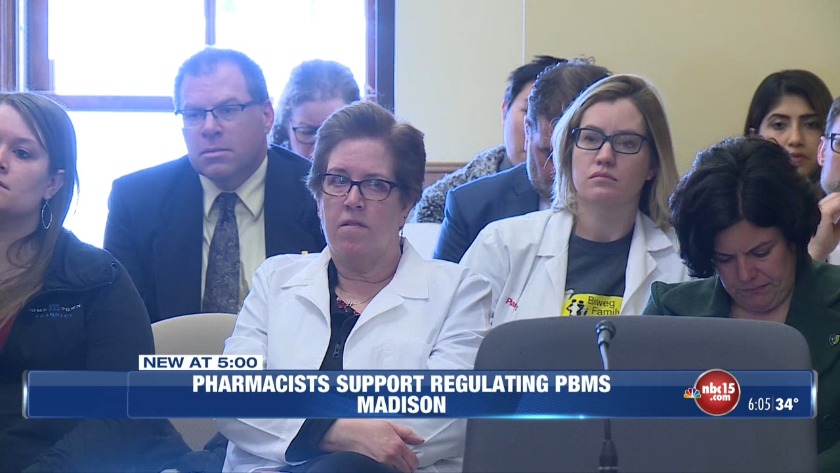 MADISON, Wis. (WMTV) -- Pharmacists and patient advocates testified Wednesday in front of the Senate Committee on Health and Human Services in support of Senate Bill 100.

PBMs act as middlemen between insurance companies and patients, and it is up to them what is covered and what is not.

Supporters of the bill argue that PBMs actually increase the cost of medications.

"If a medication is adjusted retail prices, let's say $10, but the normal copay for the patient is $20, sometimes those PBMs will charge the patient the $20 and then the difference goes back to the PBM," said Hashim Zaibak, a pharmacist supporting the bill.

Senate Bill 100 would also require PBMs to register in Wisconsin and be license by the Pharmacy Examining Board.

It also eliminates a "gag clause" on pharmacists. Under that rule, pharmacists are not allowed to tell patients that they could pay less for certain prescriptions by paying out of pocket rather than going through insurance.

"This bill will allow us to tell the patient, hey if you really just want to get this at the cash price, you can just pay the lower price and get it and even maybe get the 3-month supply or sometimes even a 6-month supply if it's a chronic medication for blood pressure or diabetes," Zaibak explained.

The Assembly Committee on Health held a public hearing on their version of the bill, Assembly Bill 114, on Feb. 5. The Committee is expected vote on that version on Thursday. If it passes, it will go to the Committee on Rules to be scheduled in the Full Assembly.