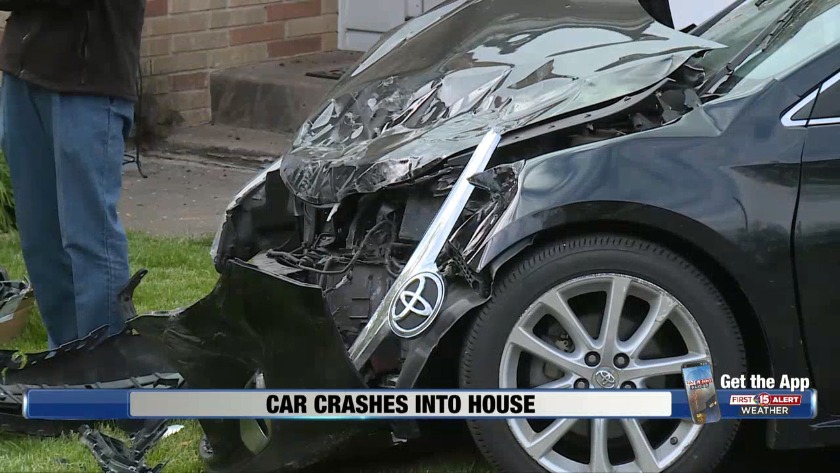 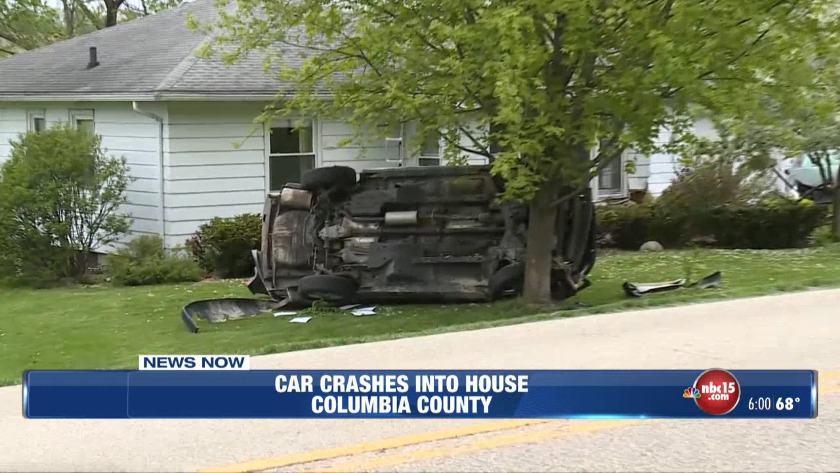 LODI, Wis. (WMTV) -- After a hours-long search, Columbia County authorities say they have arrested the man who drove a car off a roadway, went airborne and hit a home outside Lodi, and then took off into the countryside Thursday afternoon.

In an update about seven hours after NBC15 News first reported the crash, Columbia County Sheriff's Office released an incident report of the crash.

The Sheriff's Office says dispatchers received several 911 calls about a vehicle that had crashed on CTH K near Dalton Rd in Lodi Township around 3:20 p.m.

When deputies arrived, they learned that the driver of the car had apparently driven off the roadway, into a ditch, struck a power pole, hit two parked cars, went airborne and eventually came to rest against a tree.

The home was occupied at the time of the crash and luckily no one there was injured. The house is still habitable, the Sheriff's Office says.

That's when the search for the driver began through the surrounding woods. The Sheriff's Office says some time later law enforcement found the suspect and identified him as Derek Hoffman, 47 of rural Lodi. He was not injured.

Hoffman was arrested for operating a motor vehicle while intoxicated, 6th offense and taken to the Columbia County Jail. He was also booked for driving on a revoked driver’s license, failure to install an ignition interlock device, violation of probation, recklessly endangering safety as well as multiple traffic offenses.

Neighbors told an NBC15 crew at the scene that they heard a screeching noise followed by a loud bang. They say the driver left the scene of the accident.

Neighbors say the male driver walked up the road and into the neighbors yard where she said he was stumbling and seemed confused.