Suspect dead in workplace shooting was an employee, heavily armed 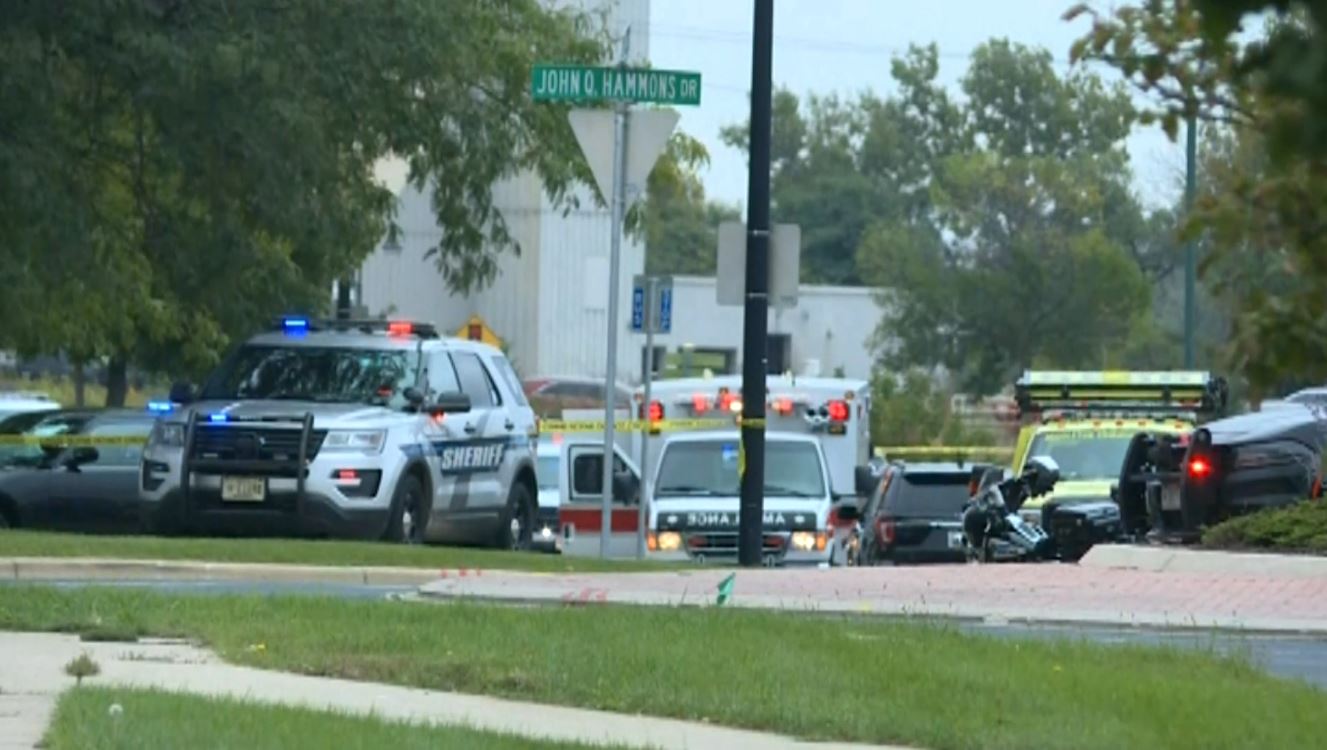 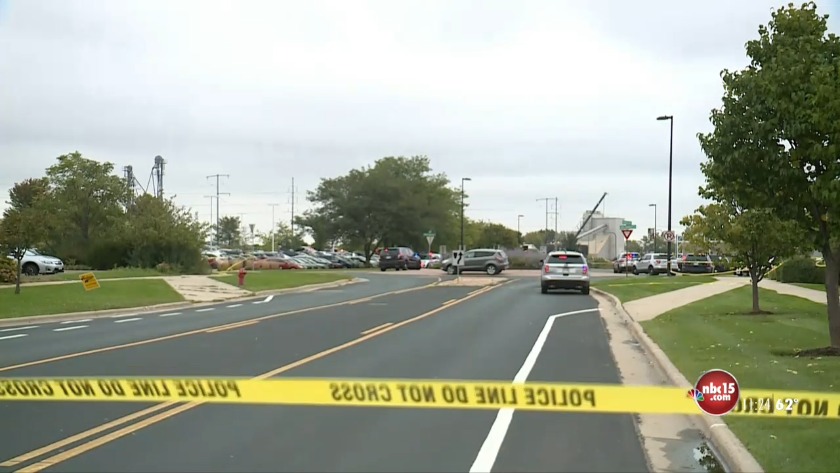 Law enforcement acted quickly at the scene, which Foulke said saved lives. Two Middleton police officers and two Dane County Sheriff deputies fired at the suspect after the suspect shot at them.

"They [officers] were very heroic in their actions from what I'm told," Chief Foulke said, "Prevented much more bloodshed from happening and a lot less chaos occurred because of their actions."

Foulke gave a timeline for response time as follows:

NBC15 has learned the name of the shooter. As an organization, we have made the decision to not release his name until the family is properly notified.

Deming Way from University Ave/USH 14 south to the roundabout at John Q Hammons Drive is closed.

#BREAKING I have a friend who was inside the Paradigm building. He tells me a coworker came in and opened fire. He thinks 3 or 4 people were shot. He tells me shooter is down. @madisonpolice have not confirmed these details. My friend is unhurt but really shaken up. pic.twitter.com/ZeDH2MImfm

Four victims were shot and injured during the shooting. They were taken to UW Hospital in Madison where two were in serious condition, and one in critical. One person, with non-life threatening injuries, was taken to SSM Health St. Mary's Hospital and released shortly before 2 p.m.

UW Health officials said one victim that was in critical condition is now in stable condition Thursday morning. The two other shooting victims are still in serious condition.

#BREAKING Police have blocked off a portion of Quiet Pond Dr. in Verona. Officials say this is in relation to the shooting. #nbc15 pic.twitter.com/f71udyJjTI

Foulke confirmed the suspect fired at the officers. Stores and schools near Greenway Station were on lockdown for hours. For those in the area during the time of the shooting, the scene was a terrifying sight.

"As they were running they kind of indicated someone might have had a gun inside by going like this when they were running," said Ross Schendel, who works next door to WTS Paradigm. "We all kind of went back to our server closet room and barricaded ourselves in there for about 40 minutes."

Marlene Mecum was also working near the site of the shooting when her workday was disrupted by the sound of gunfire.

"We started hearing gunshots, and being on the second floor in the building next to Paradigm, we didn't know what was going on," she said. "We just saw these police officers running towards the building and then hearing the gunshots."

While police were responding to the scene, employees were taken to a nearby hotel, and Greenway Station.

"The police officers finally came in, they came up the back stairwell, and finally evacuated us and told us we came out with our arms up," said Mecum. "There were still police officers pointing their guns and everything."

Middleton Police and the Dane County Sheriff's Office train for these types of situations. Foulke is thankful for the quick actions of law enforcement during the incident.

"The training worked, and it put a stop to this incident."

An “Active Shooter” came to my hometown today. Our hearts are with the victims and with the courageous first responders. How many more times will this happen?

Tonette & I are praying for those who were injured and for those who are caring for them at local hospitals. On behalf of a grateful state, I thank our outstanding first responders who acted decisively in the face of danger and stabilized the situation.

Thank you @middletonpd, @DaneSheriff, @madisonpolice, and all the other first responders and law enforcement who worked to ensure safety at the scene of the shooting in Middleton today. pic.twitter.com/HcuKeiDzQi

The investigation continues. Authorities do not know the motives of the shooter and haven't released his name. Since officers shot the suspect, the Department of Justice's Division of Criminal Investigation will be joining on the investigation as part of protocol for officer involved shootings.

INFORMATION ABOUT THE BUSINESS:

WTS Paradigm is a software development company. It has won multiple local awards, including Best Dane County Small Business in 2012 and has been voted in Business Magazine "One of the best places to work."

The software developing company won three American Advertising Awards in 2016. They were preparing to host its "largest conference to date" on Sept. 24-27 at the Overture Center for the Arts.