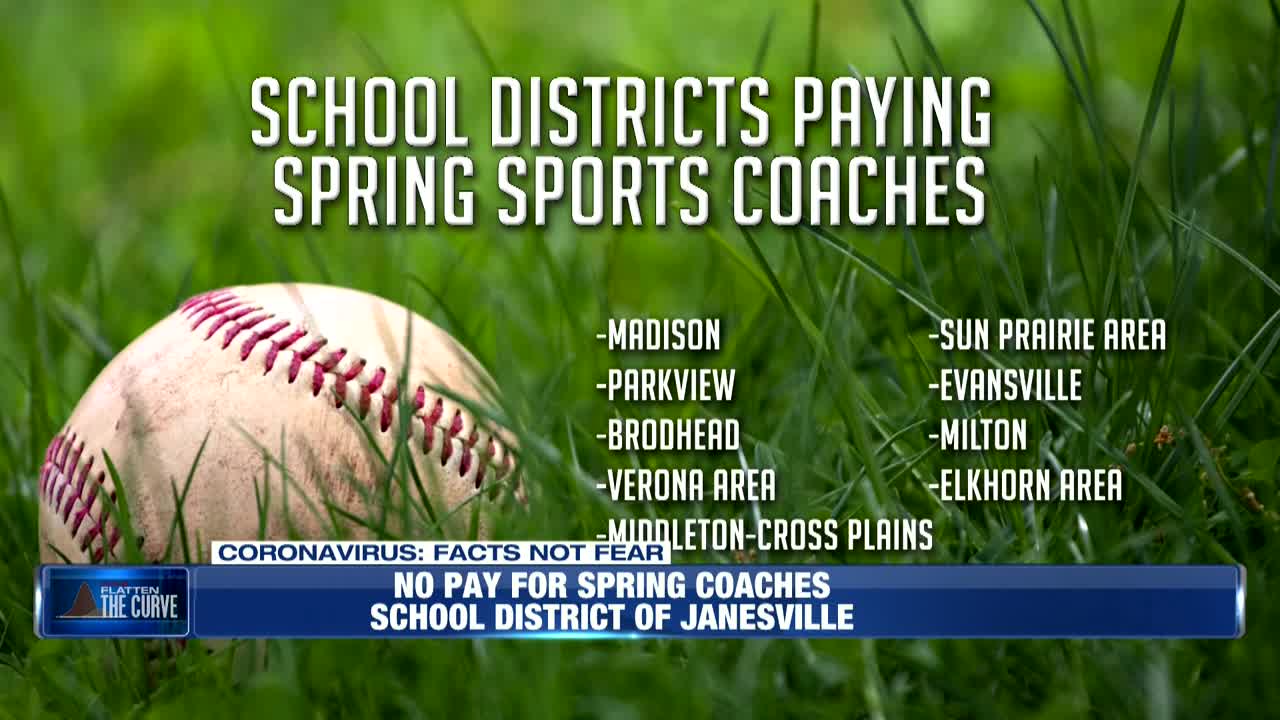 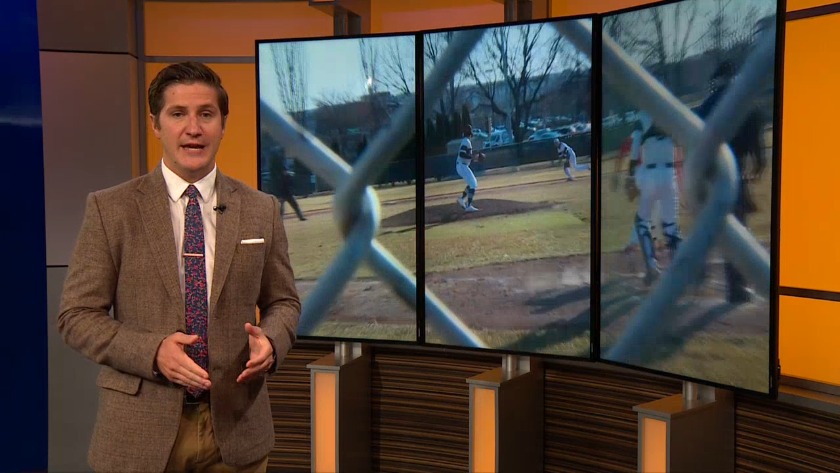 MADISON, Wis., (WMTV) -- Most area school districts have decided to pay their spring season coaches, even though the COVID-19 pandemic has cancelled their seasons.

The School District of Janesville has decided not to pay their coaches.

“The decision followed the guiding principle for all positions in the district during the COVID-19 public health emergency—employees will be paid for work done,” said Patrick Gasper, public information officer with the School District of Janesville.

“I’ll be honest with you, I’m in the middle of the road on this,” said Janesville Craig head baseball coach Victor Herbst.

Herbst has been with the Craig baseball program for 28 years; 16 of those years as the head coach.

“You are not going to hear anything from me either way. I understand both sides. I do this because I love what I do; being with the kids and getting to coach and play baseball. It is what it is,” he said.

However, several other local school districts are paying their coaches.

“We often feel that our coaches are under-compensated in a regular season because their stipends are not in alignment with how many hours they put in,” said Steve Lutzke, superintendent of schools for the Parkview School District in Orfordville.

“In the end, we felt that the coaches, even though their seasons hadn’t begun, had put in work in the off-season,” he added.

Lutzke says the district will pay the dozen-or-so spring coaches 80% of their spring salary. The remaining 20% will be put into their team budgets to be used for next season.

The Madison Metro School District offered coaches an “opt-in or opt-out” program with “clearly defined expectations that must be met for virtual coaching.” The coaches who “opt-in” will be required to conduct virtual coaching sessions and they will be paid. Those who opt-out won’t be paid.

According to MMSD, 83% have opted in and are being paid, including all 28 head coaches of spring sports.

“We have the budgetary monies allocated to pay for that programming. Why wouldn’t we compensate them? To me that seems very practical. To compensate the people with the money you’ve been given to do that,” said Jason Tadlock, superintendent for Elkhorn schools.

Elkhorn has roughly 3,500 students in the district, 500 of whom are spring athletes. The district also has about 25 to 30 coaches on the payroll.

“And what would be our justification to take their compensation away and then push them to the unemployment lines? Coaches don’t make a whole lot of money. They put in a ton of hours beyond what the compensation is really built for and the thought of pulling that away from the coaches was ludicrous to us,” said Tadlock.

In Sun Prairie, there are 38 spring sports coaches for about 550 athletes. Despite canceling the spring season, athletics director Eric Nee said the district was “putting them first” when talking about coaches.

The School District of Janesville did pay their track and field coaches for the week of coaching that took place before schools closed. When asked for an interview regarding their decision to not pay coaches, Gasper with the Janesville School District did not reply.

“Knowing the significant impact COVID-19 is having on state revenue collections,” Gasper continued in a written statement. “the SDJ must balance our commitment to support employees for the work that they do, while remaining fiscally responsible to our local taxpayers,”

According to the school district's website, the school board will re-visit this issue during the Tuesday, May 26th meeting.

NBC15 News reached out to the Wisconsin Interscholastic Athletic Association (WIAA) to find out what role the organization plays when it comes to coaches and their salaries. The WIAA responded by saying “coaches are employees of the school and the WIAA has no authority in compensation of coaches,”