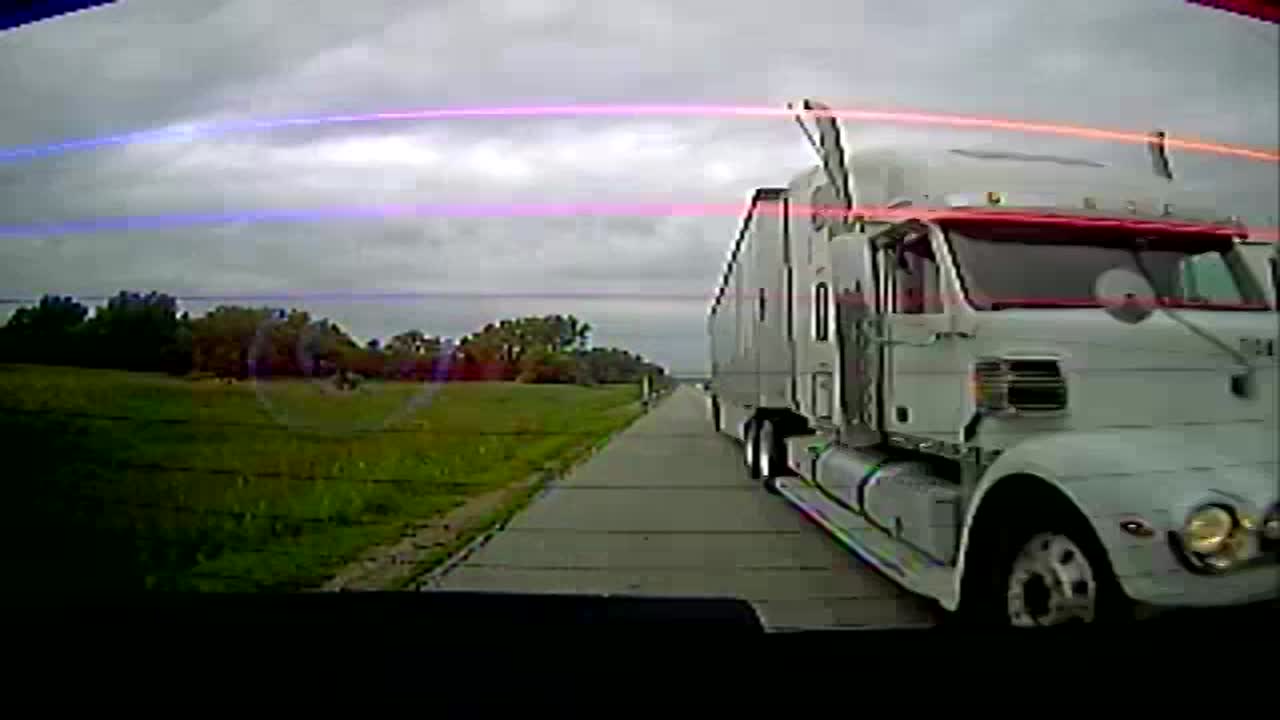 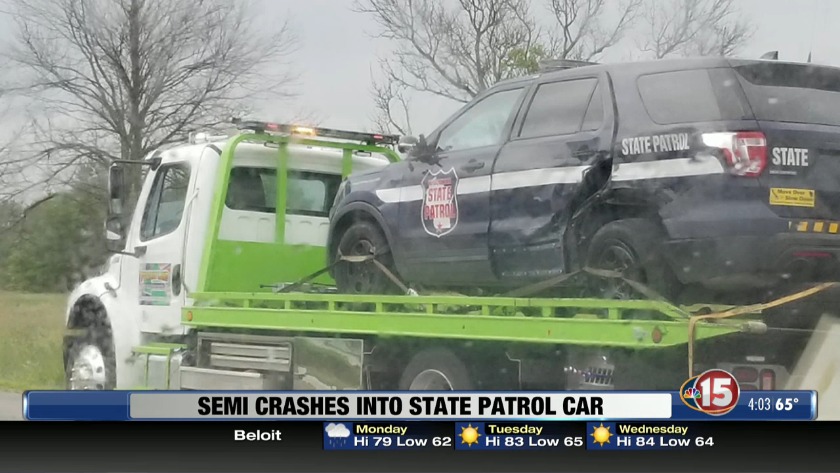 DANE COUNTY, Wis. (WMTV)--- Two State Patrol troopers escaped injury after a patrol vehicle was struck by a semi-truck along I-94 in Dane County on Monday morning.

The Wisconsin State Patrol said the troopers were conducting a traffic stop around 9 a.m. near Cottage Grove when an eastbound semi-truck crashed into the rear and side of one of the patrol vehicles. The trooper was not in the vehicle at the time of the crash. Neither trooper was injured. Another patrol car was stopped too. That vehicle wasn’t damaged.

State Patrol said the crash caused damage to the rear driver’s side area of the patrol vehicle.

Officials with the State Patrol said the crash illustrates the many hazards faced by emergency responders and all roadside workers.
They said it's important that drivers give space and slow down when passing.

"The biggest thing that anyone can do is move over. If you're on a two-lane road, move to the far lane and give the squad car, the tow truck, the fire truck, whoever it is, as much room as you possibly can on a roadway," Sgt. Craig Morehouse said. "If everything else fails and you can't move over, you need to slow down significantly so you can pass the vehicles at a safer speed. "

Crews are clearing the scene on I-94 eastbound after a semi hit a State Patrol car on the side of the road. No one is injured. @nbc15_madison pic.twitter.com/hJosVm7f7C