Shopko to close all stores by June 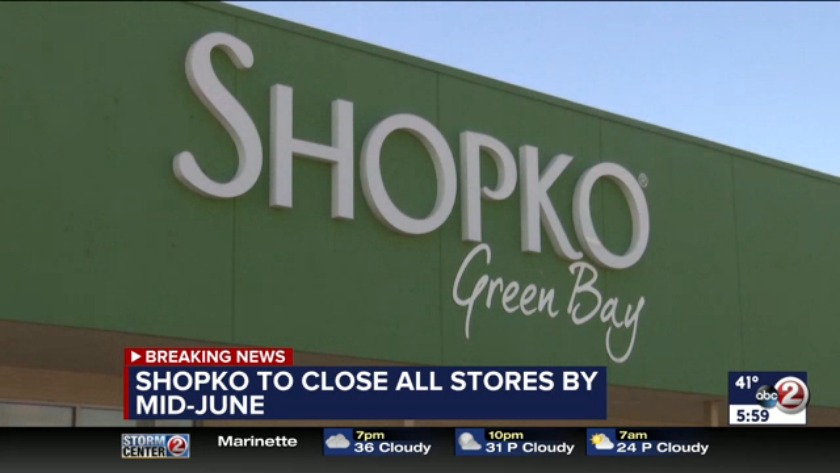 WATCH: All Shopko stores will close 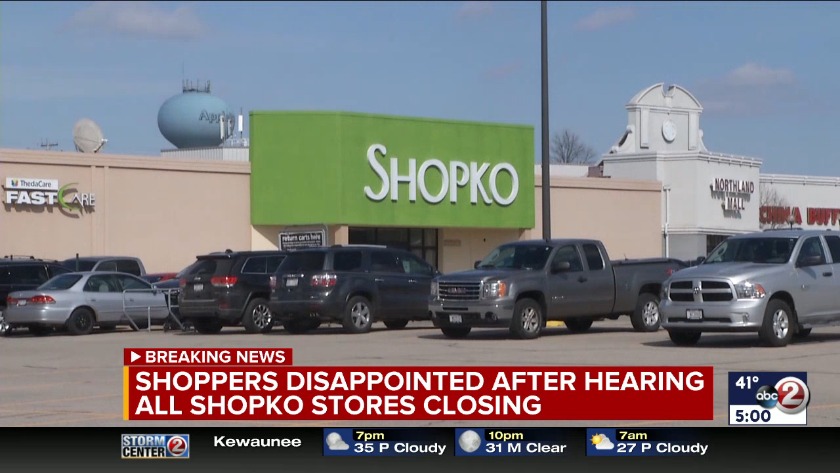 The retailer announced that it was unable to find a buyer for its "go-forward business."

"As a result, Shopko will commence an orderly wind-down of its retail operations beginning this week. Further, the Company is evaluating strategic options for its optical business," reads a statement from Shopko.

The Ashwaubenon-based retailer announced in February that it would close 70 percent of its stores after filing for Chapter 11 bankruptcy protection. Those stores were expected to close by May. Nearly 800 employees will lose jobs.

It's unclear how many jobs will be lost when the remaining stores close.

The Shopko store at Bay Park Square Mall in Ashwaubenon is among the stores that will close June 16. The first Shopko store, opened on Green Bay's Military Avenue in 1962, was already slated to close.

Shopko will not move forward with an auction. Gordon Brothers will oversee the liquidation process. That will be wrapped up in 10-12 weeks, according to Shopko.

"This is not the outcome that we had hoped for when we started our restructuring efforts," said Chief Executive Officer Russ Steinhorst. "We want to thank all of our teammates for their hard work and dedication during their time at Shopko."

Many shoppers we spoke with at the Northland Avenue Shopko in Appleton told us they had no idea about the remaining stores closing until workers told them inside.

This is one of two anchor stores at the Northland Mall. The retailer's end also leaves Bay Park Square Mall in Ashwaubenon with just one anchor store -- Kohl's.

Obviously there is a lot of disappointment over Monday's announcement. Shoppers told us they felt a personal connection to Shopko because of its ties to Northeast Wisconsin and everything the company has done to support the community.

"I'm very sad. Very sad," Julie Foate from Hortonville said. "This is a really nice store. I was just talking about it, that we just heard and it's very sad. It's a beautiful store. What are these people going to do? There's stuff here you can't get at any other store."

"I always love Shopko, and this is my third trip today because I live near Oshkosh and we don't have one in Neenah, so I came here and they just told me, so I don't know what happened," Pam Hillen of Neenah said.