Complaint: Suspect chose to kidnap Jayme Closs after seeing her at bus stop 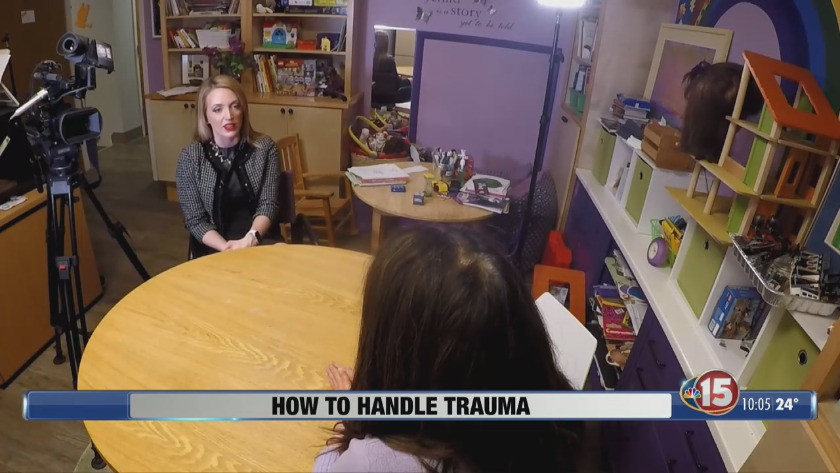 How to handle trauma 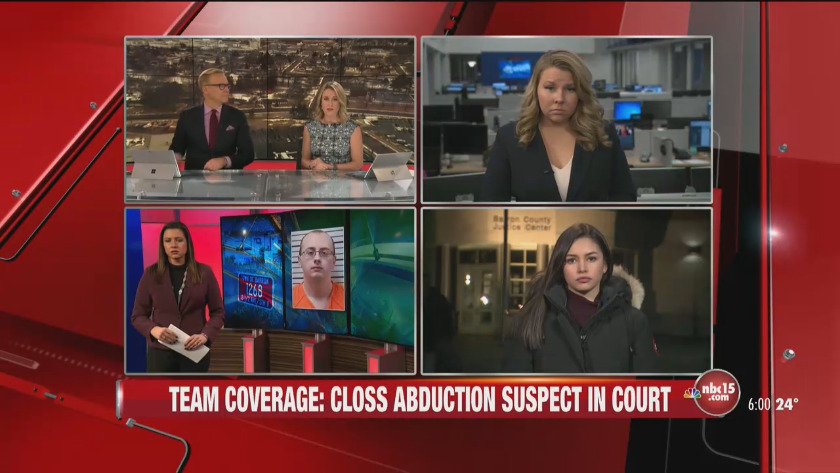 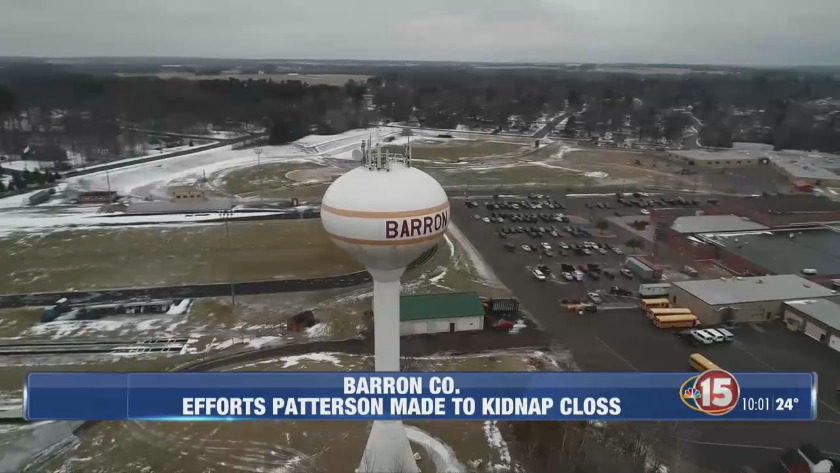 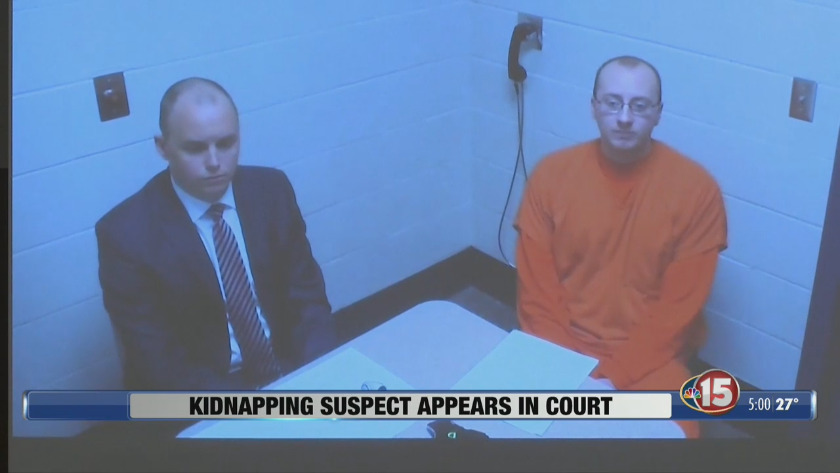 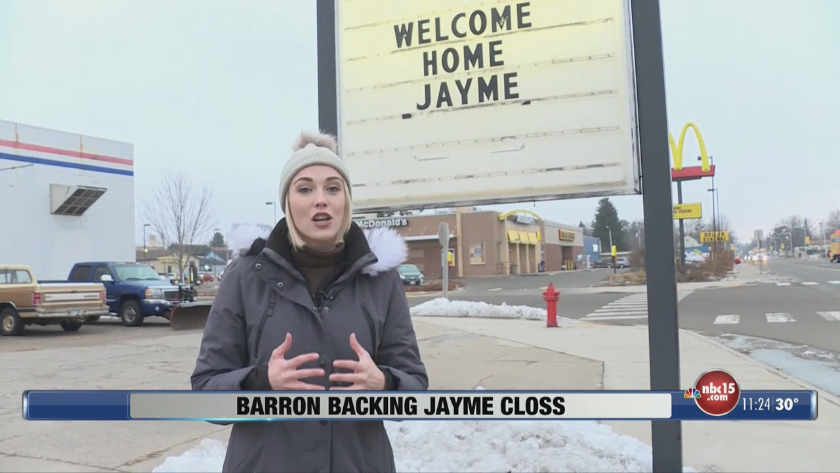 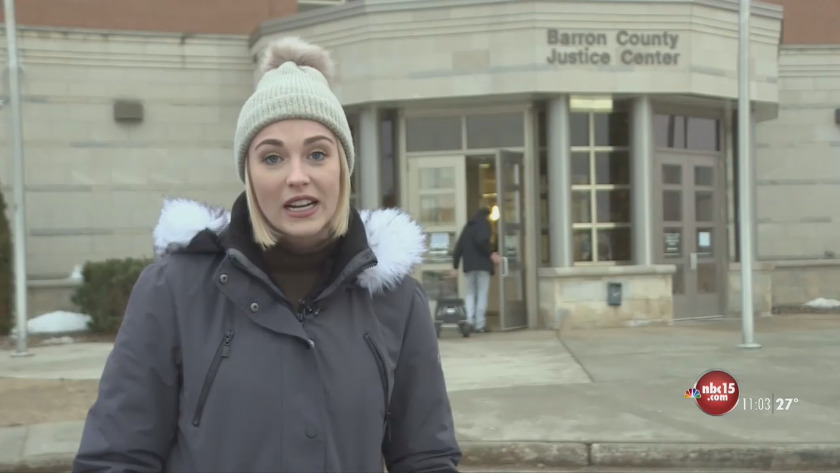 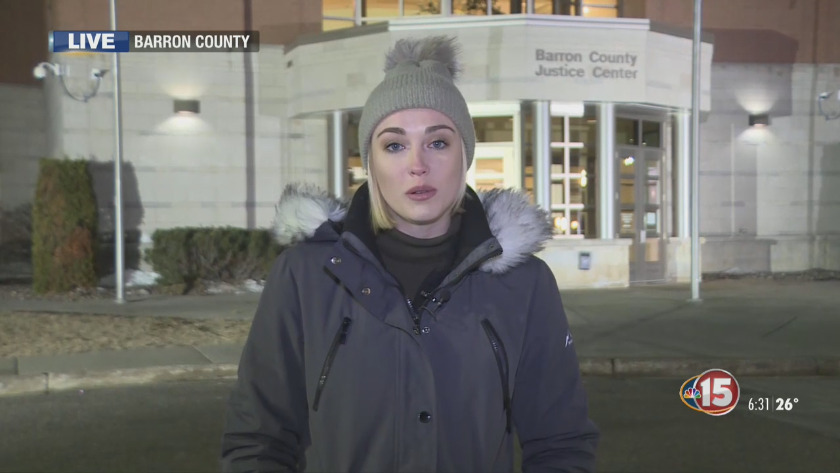 MADISON, Wis. (WMTV/AP) -- A Wisconsin man accused of abducting 13-year-old Jayme Closs chose to take the teen when he spotted her getting on a school bus, according to a criminal complaint filed Monday.

Jake Thomas Patterson, 21, is charged with kidnapping Closs and killing her parents, James and Denise, in Barron Oct. 15. He was charged in Barron County Court Monday with two counts of first-degree homicide, one count of kidnapping, and one count of armed burglary. A judge set bail at $5 million.

The complaint filed Monday offered the most detailed account yet of the attack on the Closs couple and the cruel conditions under which their daughter was held for 88 days until her escape.

"She's 13 years old, and if you read the criminal complaint, you can see the amount of control that he was exerting over her," Barron County District Attorney Brian Wright said. "And at some point, she found it within herself at 13 years old to say, 'I'm going to get myself out of this situation.' I think it's incredible."

For nearly three months, prosecutors say Jayme was held in Patterson’s remote cabin. She was often forced to hide in a 2½-foot space beneath her kidnapper's bed, going without food, water or a bathroom for hours. She escaped on the 88th day of her captivity when Patterson left the cabin.

Authorities said Jayme put on Patterson's sneakers so hastily that they ended up on the wrong feet. She was found by a woman walking her dog, who then took her to another neighbor's home and called 911. Patterson was soon captured as he drove around the area searching for her.

"Jayme deserves enormous credit. As a 13-year-old she has such bravery … if all those pieces had not fallen into place the outcome could have been different," said Wright.

According to the complaint, Patterson drove to the Closs home twice within a week and a half of seeing her get on the school bus. He aborted both kidnapping attempts because he thought too many people were at the house. He returned to the home a third time on Oct. 15.

Before arriving at the home, Patterson attached stolen license plates and modified his vehicle because he did not want to be spotted or stopped. He disabled the dome light, removed a cord that allowed the trunk to be opened from inside and coasted down the Closs driveway with his lights off just before 1 a.m.

Authorities said Patterson also shaved his head and planned ahead of Jayme's abduction, so there would be no trace of evidence. He was dressed almost entirely in black and wore a face mask and gloves, and was armed with a shotgun.

"He wiped down the shotgun that was located at his house, and shells that were used to kill James and Denise, by his own words, so no DNA or fingerprints would be found," said Wright.

On the night of her abduction, Jayme told investigators her dog began barking and she noticed someone driving up to the house. She then alerted her parents. After seeing a man at the door with a gun, she hid in the bathroom with her mom, Denise, who used her cell phone to call 911.

Authorities said they received the call at 12:53 a.m. According to court documents, Jayme told investigators Patterson shot her father at the front door, then fired a second shot to blow apart the lock. He then battered down the door to the bathroom, bound her with tape, and shot her mother. Jayme said Patterson dragged her to his car and put her in his trunk.

The entire attack took four minutes, Patterson said, according to the complaint. He also estimated he was driving for 20 seconds when he passed multiple squad cars heading towards the Closs home. Jayme told police she could hear the sirens. He told detectives he would have opened fire if officers had tried to stop him.

Authorities said Patterson took Jayme to his home on Eau Claire Acres Circle in Gordon, about an hour from Barron. The township of 645 people is located in thickly forested Douglas County. He told police he ordered a weeping Jayme to strip and dress in his sister's pajamas, saying he had to get rid of the evidence. He then threw her clothes into a fireplace in the cabin's basement.

According to the criminal complaint, Patterson kept Jayme hidden under a bed in the corner of his room. When he would leave, or whenever someone would visit, he would place plastic storage totes weighed down with free weights in front of the bed.

He said Jayme tried to get out twice. The first time he screamed and banged the wall and scared her so much that he thought she would never try it again. Whenever he left the house, he told her "bad things would happen" if she tried to leave. During the Christmas holidays he left, forcing Jayme to endure 12 hours under the bed without a bathroom break, according to the complaint.

On Thursday, Jan. 10, he left again. He told Jayme he would be gone for five or six hours.

Jayme approached a woman who was walking a dog. The woman went to a neighbor's home and they called 911. After Douglas County sheriff's deputies arrived, they took Jayme "from the area for her safety."

As a deputy drove with Jayme, Patterson was spotted driving in the area. He had returned home to find Jayme gone. He followed her tracks and was out looking for her when a deputy stopped him. According to the complaint, as Patterson stepped out of the vehicle he said, "I did it."

If convicted, Patterson could face life in prison for each murder charge and the kidnapping charge carries a maximum term of 40 years. Wisconsin doesn't have the death penalty.

He is due back in court for his preliminary hearing on Feb. 6 at 11 a.m. Prosecutors say more charges could come later.

Patterson’s defense attorneys, Charles Glynn and Richard Jones, have said they might seek a change of venue.

At the initial appearance on Monday, the bench behind the prosecution was full with Jayme Closs's family members.

According to the Dane County Clerk of Courts Chief Deputy, a jury trial might be held in another county, especially when it comes to high-profile cases. A judge could determine the case needs to be moved in order to have a fair trial.

While it’s not known if the case will be moved, the cost to move the trial is covered by the county. Each county sets its own jury pay rates. The Dane County Clerk of Courts Chief Deputy breaks down the costs if a case is moved out of Dane County:

Jayme Closs' aunts say they aren't asking her about her parents' deaths and abduction. They say they're surrounding Jayme with love and attention.

According to the National Center for Missing and Exploited Children, in 2018 there were more than 25,000 cases of missing children. A majority are endangered runaways, 4% are family abductions, and less than 1% are abductions by non-family members.

Patterson's relatives, including his father, Patrick, declined to comment after his initial court hearing.

The suspect grew up near Gordon, an hour north of Barron, which is about 90 miles northeast of Minneapolis. He graduated from high school in May 2015 and joined the Marines. He lasted a month before he washed out after failing to meet "expectations and standards," a Marine spokeswoman said. She did not elaborate.

On Tuesday, Patterson was moved to the Polk County Jail because a relative of Jayme Closs works in the Barron County Jail.

Barron Co. Sheriff Chris Fitzgerald told The Associated Press that the move was an administrative decision, and no one threatened Patterson.

Patterson's court case will continue to be heard in Barron County.

According to the criminal complaint, when authorities pulled over Jake Patterson, he stated that he knew what this was about, and “I did it.” @nbc15_madison

Complaint: “the defendant stated he never would have been caught if he would have planned everything perfectly” @nbc15_madison