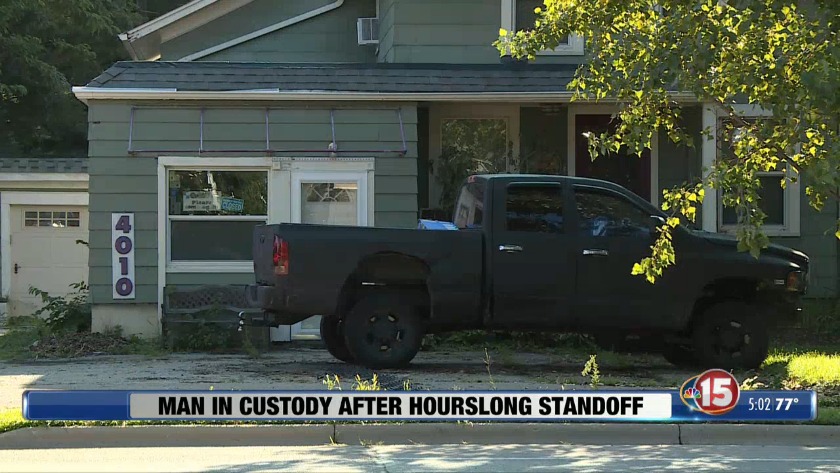 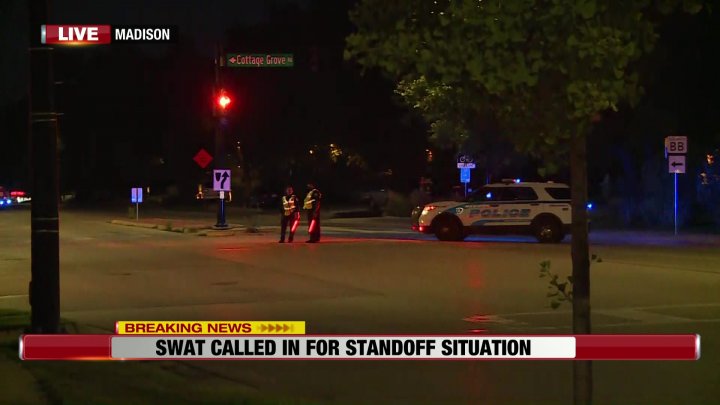 SWAT called in for standoff situation in Madison

MADISON, Wis. (WMTV) - A man is in custody after an hourslong standoff in Madison.

According to the Madison Police Department, just after 1:30 a.m., officers responded to a report of a shot fired in the backyard of a home at 4010 Monona Drive.

Police Chief Mike Koval said a woman ran from the home “when her roommate produced a gun and fired it off the porch.” Koval said she ran to a nearby shopping area and that’s when she called for help.

Officers then established a perimeter around the house and began attempts to speak to the 52-year-old man, suspected of firing the gunshot. “Apparently we had been summoned there earlier in the night for some activity that may be related to the fact that he might be going through some sort of mental illness episodic break, that may or may not be compounded by the fact that he has been drinking,” said Koval.

Koval said that MPD is familiar with the man, who they are not identifying at this time. Koval also shared that the man has a criminal history, as well as mental health issues.

Monona Drive between Cottage Grove Road and Buckeye Road was closed for hours while law enforcement responded to the situation. The road is now back open.

A SWAT team was called into the area to help with the situation. Just after 7:30 a.m., the man surrendered himself to police and was taken into custody. According to MPD, he is being taken to be evaluated by mental health specialists and police. That will determine if he will go to a mental health institution or jail.

An investigator was called to the scene to search the house and look for evidence, as well as interview any witnesses, including the man's roommate.

We will update this story with any new information.

After driving off interstate, man arrested for 5th OWI

After driving off interstate, man arrested for 5th OWI