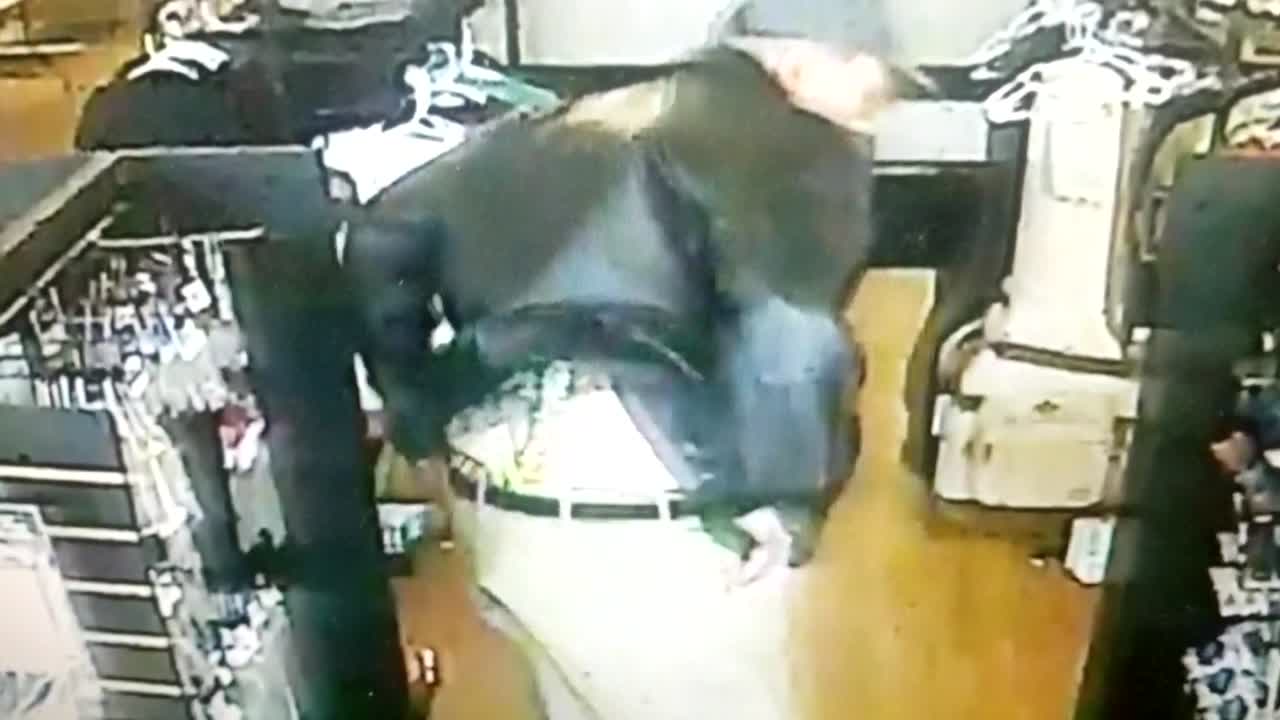 WATCH: Thief tries to steal a flute by sticking it down the back of his pants 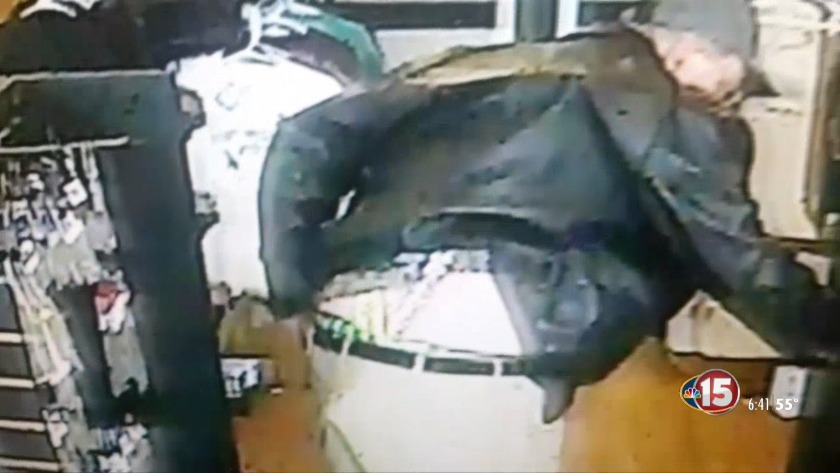 JANESVILLE, Wis., (WMTV) -- A would-be shoplifter used a rather strange tactic in an attempt make off with some merchandise and it was all caught on camera.

Surveillance video at Voigt Music Center in downtown Janesville caught the cheeky thief in the act. In the video, you can see the man has a massive flute down out of his pants and running up his back.

“That was shocking, that part. I couldn’t help but laugh about it,” said owner Tony Farrell.

Farrell says on Friday, the man milled around the store for a bit before zeroing in on the flute.

“He took it right off the wall and walked right over here with it in his hand,” said Farrell. “He went right behind where a camera is and put it down the back of his pants. It was just so ridiculous. I just would not expect someone to be so stupid that they would hide something right in front of a security camera,”

Farrell’s mother, who also works at the store, confronted the would-be thief before he could walk out the door. She asked him what he had in his pants.

“Oh, I got a flute and that’s where I keep my flutes,” Farrell recalled the man telling his mom. “And so she pulled it out of his pants and she said ‘you keep our flute… with our tag on it …in the back of your pants?”

The man made small talk and calmly walked out the front door. He got away empty-handed but Farrell now had this soiled glute flute on his hands.

“I wasn’t sure what to do with the flute. I didn’t feel good about anyone ever having to touch it again. I couldn’t, in good conscience, let anyone ever put their lips to that instrument at any time, you know?”

That’s when Farrell got a bright idea.

“Hey what the heck, let’s make something good out of it…conversation piece,” he said.

He turned the instrument into a beautiful lamp. “It’s kind of a reminder to people that maybe you should think twice before you steal from a small business,” said Farrell.

“We’ve had lots of dumb criminal before that have gotten caught doing stupid things before but this is the best,” Farrell said with a laugh.

Farrell says the flute is worth $500 but he’s not planning on selling the lamp.

Another person in Wisconsin being tested for coronavirus

Another person in Wisconsin being tested for coronavirus