Friends rally around grieving teen and her family 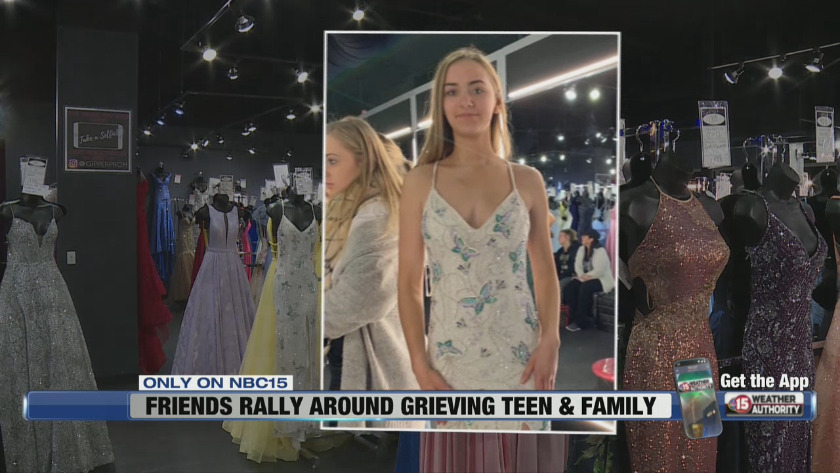 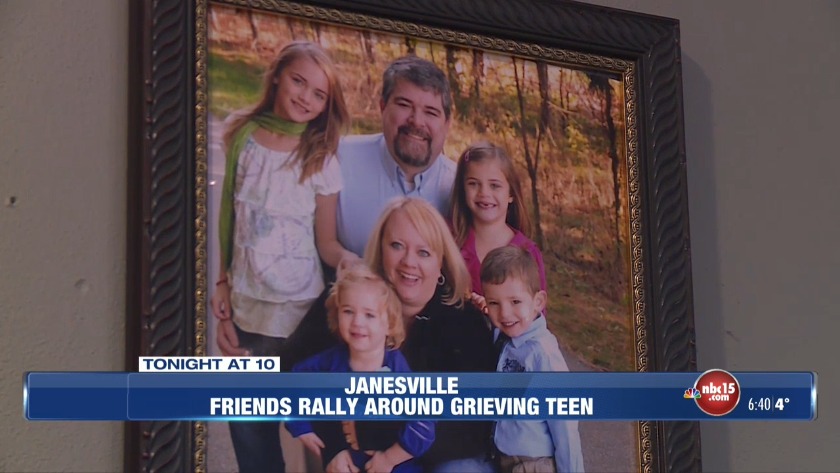 JANESVILLE, Wis. (WMTV) -- A family in Janesville is coping with a monumental loss. Brent Boehlke was killed in a car crash on February 11th. He was 53-years-old and the father of four kids.

“I think we are still in shock still, that’s probably the right word,” said his wife of almost 20 years, Erica Boehlke.

Brent had just dropped his kids off at school and was on his way to work just after 8 a.m. on Monday, February 11th. According to the Rock County Sheriff’s Office, he was driving north on County Highway G, about a quarter of a mile north of E. Sunny Lane in the Town of Rock.

Another driver lost control coming the opposite direction and slammed into Brent nearly head-on. Brent had to be extricated from his Kia Rio and was taken to Mercy Hospital in Janesville where he was pronounced dead.

“Devastation,” Erica said fighting back tears. “Yeah, it was tough. Then I was wondering how in the world are we going to tell the kids. Then I just told them. Which was probably the toughest thing I have ever had to do in my life,”

“Shock. I mean, you think they are in a car accident, they are in the hospital and they are OK but it was totally different,” said Brent and Erica’s eldest daughter, 16-year-old Regan Boehlke.

Regan is junior at Craig High School. Since her father’s death, her close group of friends has been by her side.

“We are all really close and we pretty much share everything,” said Cameron Welsh, Regan’s close friend. “Like when something happens to one person in the group, everyone knows about it that’s why I feel like it touched all of us so much,”

Touched by grief, the friends wanted to do something special for Regan.

“Because we were trying to find a gift that wasn’t a traditional gift.(Something) other than like flowers or…something that was special and something we knew she really wanted,”

The day before Brent died, Regan and some friends traveled to Gipper Prom in Crystal Lake, Illinois. The store has thousands of prom dresses that they sell to nearly 300 high schools all over the state line area.

Regan tried on a dress and immediately fell in love.

“And she tried on the “butterfly” dress and that was her favorite out of all of them,” said Welsh.

Regan sent a photo of her in the dress to her dad via text message. Brent got to see her in that dress the day before he died.

“I think he said I love the dress but it’s too expensive,” Welsh said with a giggle.
The dress is $439 – just outside the family’s price range. So Regan’s friends began raising money to buy the dress of her dreams.

“She tried on like 20 dresses but the butterfly one was the first one she tried on and like no other dress compared and then we knew we had her father’s approval so we knew it would be perfect,”

Welsh and several other friends were trying to raise enough money for the dress but ended up collecting $1,000.

“In the beginning we were just trying to get enough for the dress, but then so many people wanted to contribute because so many people care about Reagan and her family and so in the end it was way more than we expected,” said Welsh.

The friends went back to Gripper Prom to buy the dress. But when Scudder heard about Regan’s loss, she decided to give her the dress completely free of charge.

“Whether this dress was worn to prom or not, I wanted to make sure this girl had something,” Scudder said. “And it looks beautiful on her,”

“Honestly, my heart is racing just thinking about it. It just feels really good to be able to do something special for someone like this,” added Scudder’s co-worker and fiancé, Kenny Campbell.

“I was just shocked. It was just so good to hear that someone else had cared so much. We thought if this person cares so much, think about how many other people care. I mean we just had so much support at the time,” said Regan’s friend Emily Klein.

Cameron and the rest of the girls surprised Regan with the dress just a few days after Brent passed away.

“They all lined up and said we have an announcement,” said Erica. “I had no idea they had done any of this, none of us did. So we were very surprised. I just lost it, it was so sweet,”

“Cameron came in with the dress and it was just like something like that for my friends to do, something that nice, I never expected that,” said Regan.

“I felt like that everything that was leading up to that day was just kind of relieved because this was a moment of happiness in all of it,” said Cameron.

It’s a gift from the heart and a gift that dad would be proud of. “Oh, he would be thrilled!” Erica said with a laugh. “Free is right up his alley. He would be very happy!”

This group of teenagers wants Brent to know that he can rest easy because they’ll always be there for Regan and her family.

“I just think that all of our friends all love her so much and I hope he would know she’s got a lot of people by her side,” said Klein.

As far as the $1,000 goes, Regan will get to keep that money to pay for prom. The tickets, the limo, the dinner; whatever she wants to ensure she has a good time.

According to the Rock County Sheriff’s office, both Brent and the other driver were both wearing their seatbelts. The driver of the other vehicle was hurt but survived.