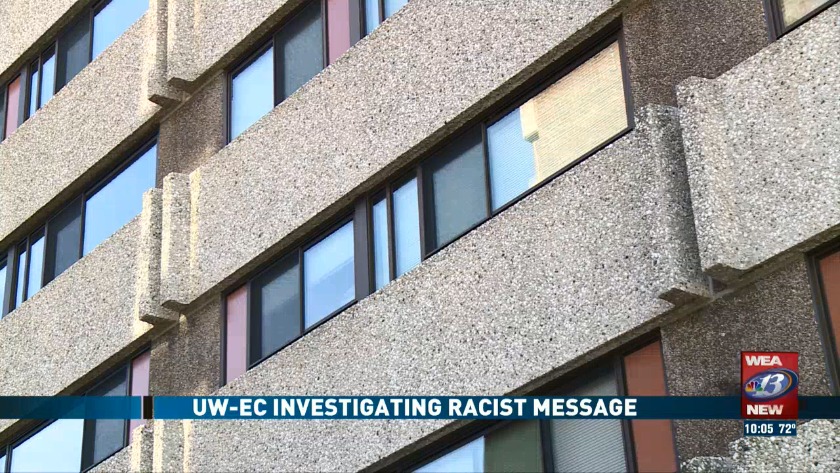 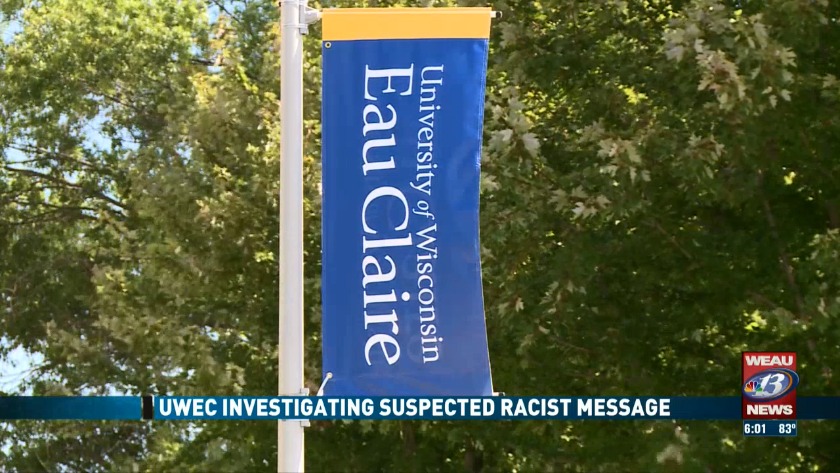 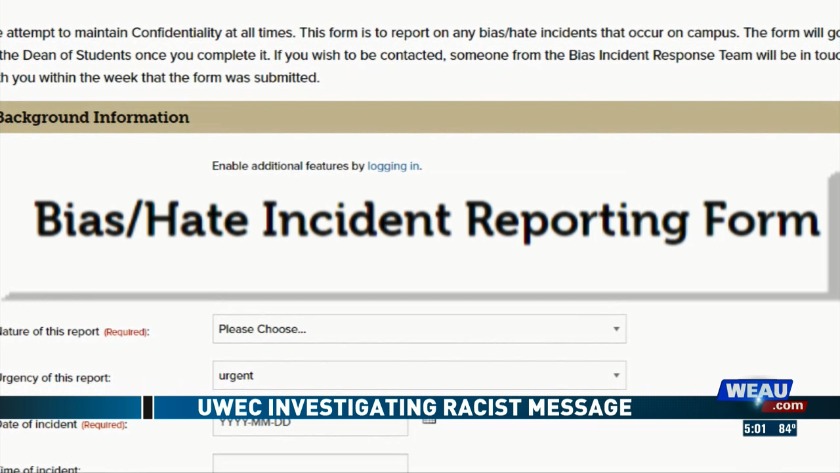 EAU CLAIRE, Wis. (WEAU) -- On Sunday morning, Kayde Langer, a junior at UWEC says they woke up to find a racist message on the door to their residence hall room in Karlgaard Towers.

Langer, who uses the pronouns they/them, is Red Lake Ojibwe.

They say there was a message written on their door decoration that said "go back to the rez" in addition to a racial slur used to target Native Americans.

"It hurt me because this is like my living space, this is where I live and I should be safe on this campus and when they say those types of things its not safe," Langer says.

Langer posted an image of the racist message on Twitter, generating messages of support and outrage from community members.

"A lot of times I feel like I haven’t been heard and people ignored my experiences and now that it is so out there it is impossible for people to ignore it," Langer says.

Chancellor Schmidt sent an email to students, faculty and staff on Monday afternoon to address the incident.

"This kind of racist slur is simply antithetical to who we are as a university that values equity, diversity, and inclusion. UW-Eau Claire is committed to providing an exceptional educational experience that allows all students, faculty, and staff to thrive and succeed. I mean all Blugolds, without exception," Schmidt wrote. "When a member of our Blugold Family is targeted, we are all impacted and called to speak with one voice against bigotry, discrimination, and intolerance. This campus must act when hatred rears its ugly head."

Schmidt says the Dean of Students has been instructed to conduct a formal investigation into the matter along with other departments from across campus including the Bias Incident Response Team (BIRT), the Office of Multicultural Affairs (OMA), and Housing and Residence Life.

Langer says they have experienced racism on campus in the past and is hoping for action from the university.

Langer has filed a report with the university and says the Dean's Office has reached out to have a conversation but they haven't heard from anyone else at the university.

"Racism and hatred are not values of UW-Eau Claire," says Mike Rindo, Assistant Chancellor. He says the university is taking the situation seriously, however combatting racism on campus is complicated.

"f there were one or two levers we could pull and solve this issue we would but its not that simple," Rindo says. "College campuses are a microcosm of society at large."

If you know anything about the racist message, contact the Dean of Students at deanofstudents@uwec.edu or Dean LaRue Pierce at piercea@uwec.edu.

"Justice for George" protest scheduled for Saturday in Madison

Swimming pools to reopen with social distancing amid COVID-19

Summer camps explore how to safely move forward amid COVID-19

"Justice for George" protest scheduled for Saturday in Madison

Swimming pools to reopen with social distancing amid COVID-19

Summer camps explore how to safely move forward amid COVID-19