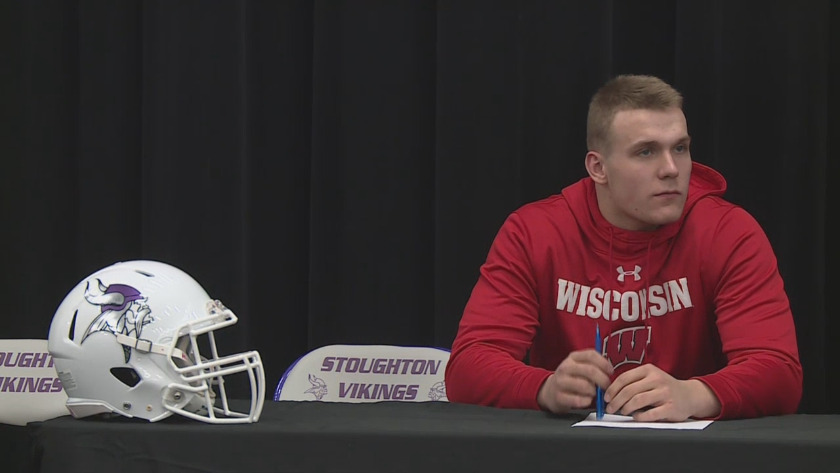 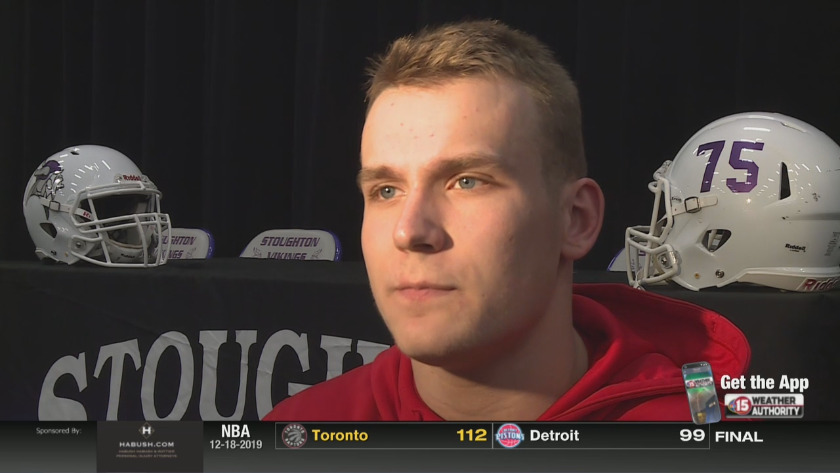 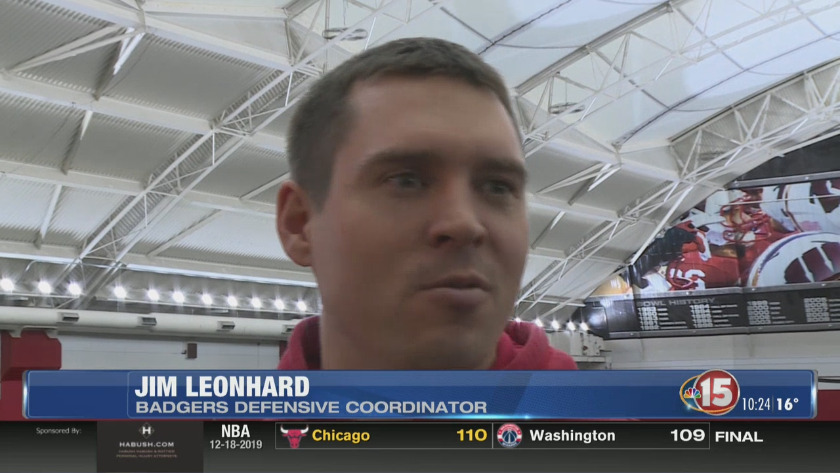 MADISON, Wis. (WMTV) -- While the present for Wisconsin football is focused on preparing for the Rose Bowl, today was about the future as the Badgers signed 21 recruits during the early signing period.

Of the 21 signees, six were offensive linemen led by tackles Trey Wedig the #1 ranked player in Wisconsin from Kettle Moraine and Stoughton's Jack Nelson who ranks #2 in the state.

Early signing day continues for Wisconsin as 4-star OT, Jack Nelson of Stoughton is set to make his commitment to the Badgers official. pic.twitter.com/m2gby5su8R

Nelson will also graduate Stoughton early to enroll early with Wisconsin and begin training with the Badgers right away, "I want to provide myself with the best opportunities. As soon as I can get up there, get into the the rythym the workouts, college life, classes, you know the sooner the better honestly. And I think I've kind of accomplished what I set out to do in high school, and I'm ready to start this next chapter."

The Badgers also inked six linebackers, headlined by Kaden Johnson who announced his commitment to the Badgers right before signing early Wednesday morning. Johnson is the #1 ranked player in Minnesota's 2020 class.

This signing class also spanned 12 different states, including Hawaii as linebacker Nick Herbig made his commitment to the Red and White official.

For Paul Chryst's staff, these signing periods are about finding more than just playmakers on the field.

"When we go outside the area, the biggest thing is, is doing your homework on who these kids are, right? Are they going to fit this culture, why are they going to come in this locker room and be dynamic leaders for us on top of just being playmakers..." began defensive coordinator, Jim Leonhard.

"We've got some talented guys but we also got some really good leaders and really good guys that understand the culture of what this place is and how to they're going to make it better."

Ohio State is the one B1G school to have a nationally top-ten signing class at #3. Clemson of the ACC finished first with Alamabama of the SEC taking second in signing class rankings.

Who matches up best in yet another Packers-49ers NFC title game?

Who matches up best in yet another Packers-49ers NFC title game?