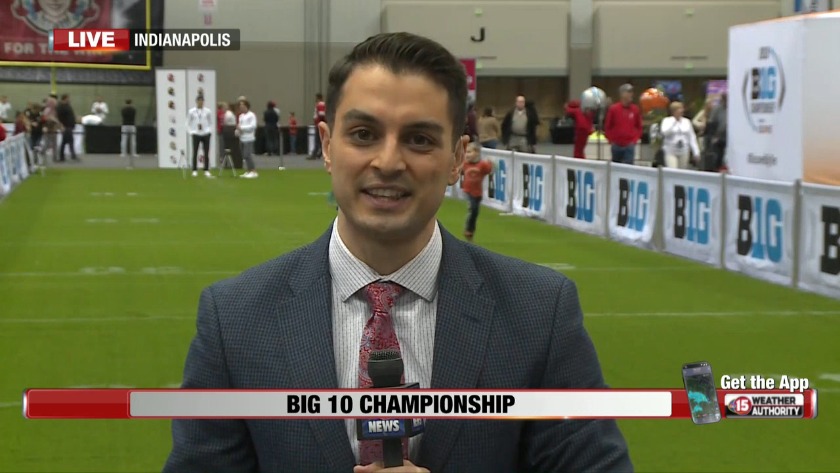 INDIANAPOLIS, Ind. (WMTV) -- A highly anticipated rematch between the Wisconsin Badgers and Ohio State Buckeyes is less than 24 hours away.

The Big Ten Conference Championship will be the toughest test the Badgers have faced this season.

The Badgers defense is one of the best in the nation. However, they have fallen behind when it comes to turnover production. Wisconsin has won that statistical category just once over their last four wins.

As Ohio State's offense averages 50 points per game, the Badgers offense isn't built to keep up with that. It's even more important for the defense to provide extra possessions.

Buckeye quarterback Justin Fields has just one interception to his 37 touchdowns this season. So how can the Badgers get to him? Paul Chryst obviously won't reveal that, but he draws from past experience in title games to help with tomorrow.

"The first Big Ten championship you know we played Michigan State, and then saw them again. I think it helps your players understand, you know, a little bit more about the things you can't see on film. I think that's kind of how the game felt, feeling going up against them and so I think there's certainly some things to be taken from them. You know I also believe you're not replaying that game. You know, that game happened. But I think your players can take some things away from them that can help them," Chryst said.

This is a team that has lived by that last line from their head coach all season long, win or lose. Move in and lock in for the next game.

Jack Coan has been vital for the Badger's success as well, but Ohio State has do-it-all defensive back Shaun Wade returning to the lineup after missing Ohio State's win over Michigan. It is the time of year when health is most important.