Badgers ready for next stretch in Big Ten marathon 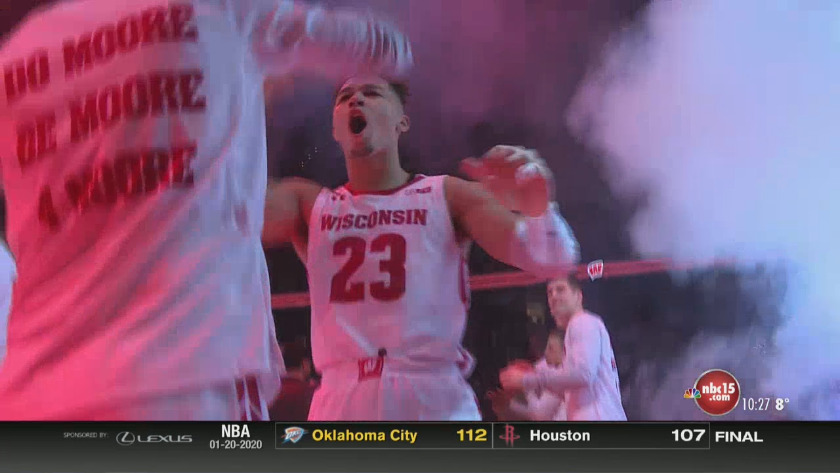 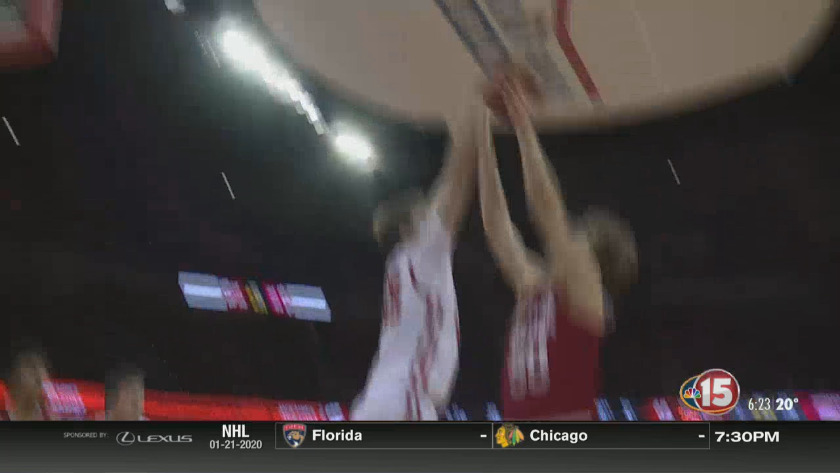 MADISON, Wis. (WMTV) -- Wisconsin men's basketball got through their three-game gauntlet of No. 20 Penn State, No. 17 Maryland and No. 15 Michigan State with just one loss, coming in East Lansing. With one test behind them, Wisconsin prepares for another.

First they host Nebraska on Thursday then it's back to the road as they face Iowa and Purdue away from the Kohl Center then welcoming Michigan State to town.

Over the course of those four games, Wisconsin will face the top two scoring offenses in the Big Ten as Iowa averages 79.9 points per game, and Michigan State averages 78.3 points per game.

Opposing defenses won't be any easier. Purdue ranks 2nd in the conference allowing 59.4 points per game, while Michigan State is 6th allowing just 63.6.

"It's a marathon, it's a marathon with a bunch of different checkpoints that you got to try and conquer and do the rest with." Wisconsin junir guard, Brad Davison said about another tough crop of games lying ahead.

Junior center, Micah Potter added, "That's part of the game but the biggest thing is, you know with basketball you have to be able to bounce back quickly. I mean we have a tough loss against Michigan State, but then we've got, Nebraska coming in and then after that we've got Iowa at Iowa!"

Kobe King echoed Davison as well about looking forward to the test ahead, "You really have no easy games and I'd say it just keeps you on your toes but that's what makes basketball fun, You want to play that best, that's why you come to a University like Wisconsin"

As for Greg Gard, he admitted a "coaching cliche" he once thought was a lie, has come true since he's taken over the program, "The only reason I knew we had Iowa after Purdue is they asked me about the travel plans yesterday. You tell me we have Michigan State, I didn't know who was next. I always thought the previous head coach was lying when he told me I don't know who's next. But now sitting in this seat. I know the feeling. You operate one day at a time."