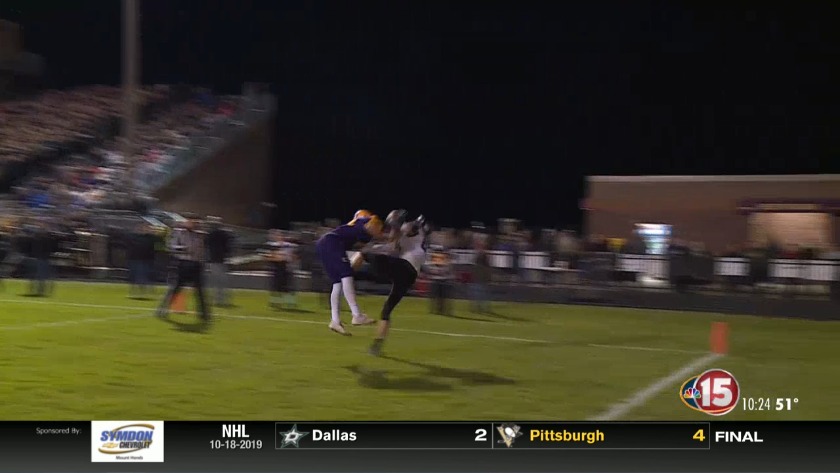 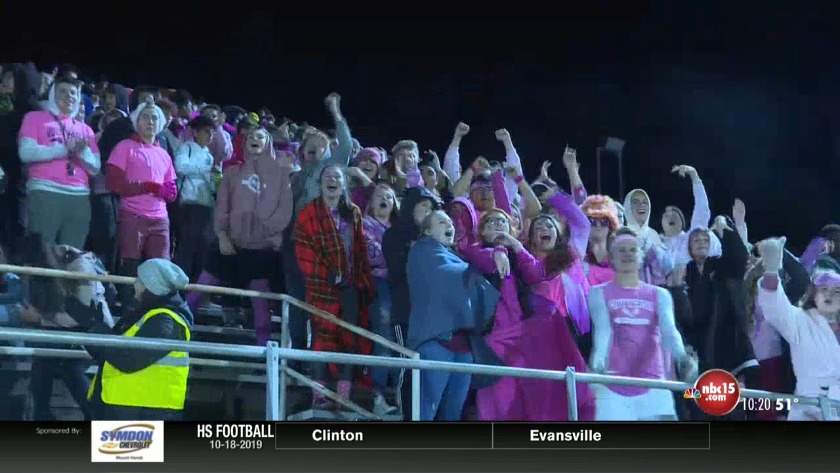 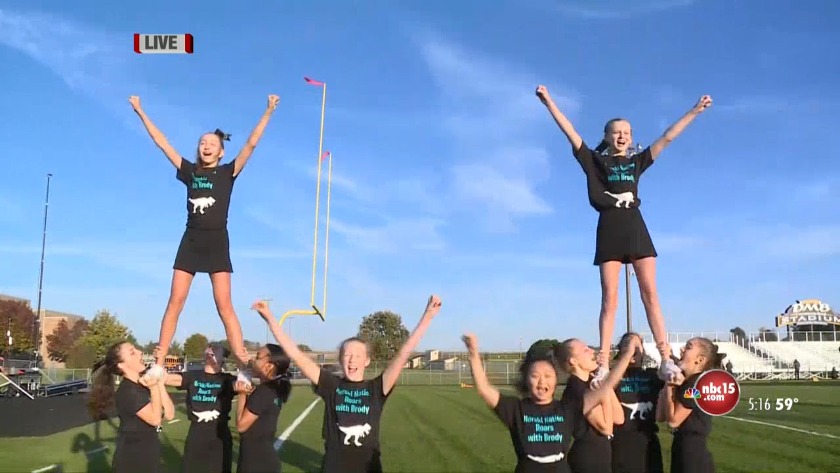 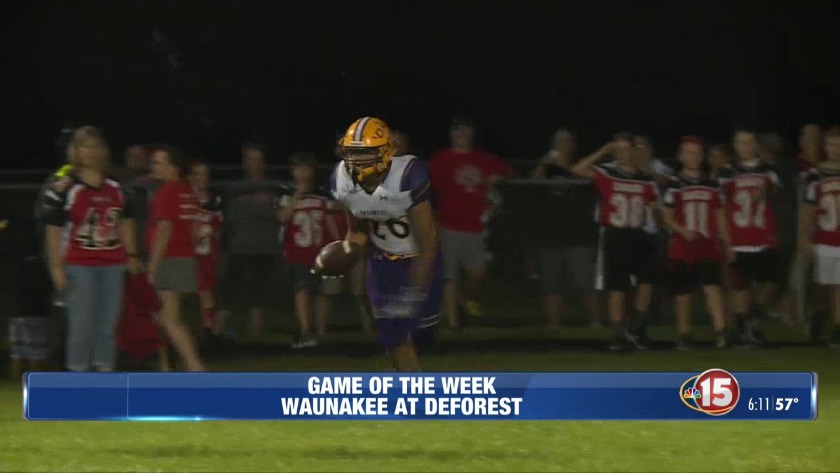 Game of the Week Preview

DEFOREST, Wis. (WMTV) -- We're officially in Week 9 of the Friday Football Blitz and this week is unique, it's the last of the regular season.

The NBC15 sports crew is far from finished. Sports Director Mike "Jocko" Jacques was in DeForest for the Game of the Week. Waunakee paid a visit for a match up of undefeated squads in the Badger North conference.

DeForest head coach Mike Minick talked about his career helping young players from the sidelines. After 20 years at the helm for the Norskies, Minick's last regular season game got a packed house.

The contest was scoreless through the first quarter and a half, which led to a big time 4th and 1. Waunakee's Caden Nelson broke a long run, eventually being brought down in Norskie territory.

Then a few plays later, a jump ball gets to Andrew Keller. He went up and hauled it in with his 6 foot 5 inch frame. The Warriors took a 6-0 lead after the missed point after attempt.

On the responding drive for DeForest, Trey Schroeder dropped back and bought himself some time before eventually just chucking this one on the money to Lane Larson.

DeForest didn't waste the opportunity, Schroeder kept improvising. He was thinking of running, until Cole Yocum was wide open.

The Norskies went on to win 35-13 and earn Mike Minick his third career Badger North title.