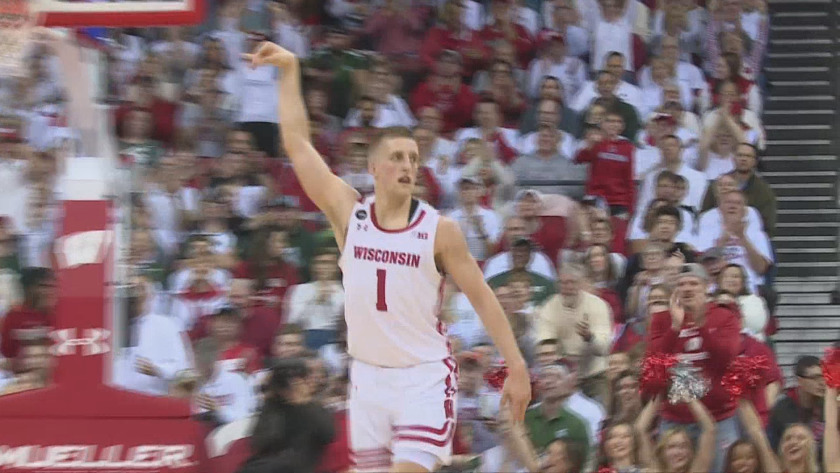 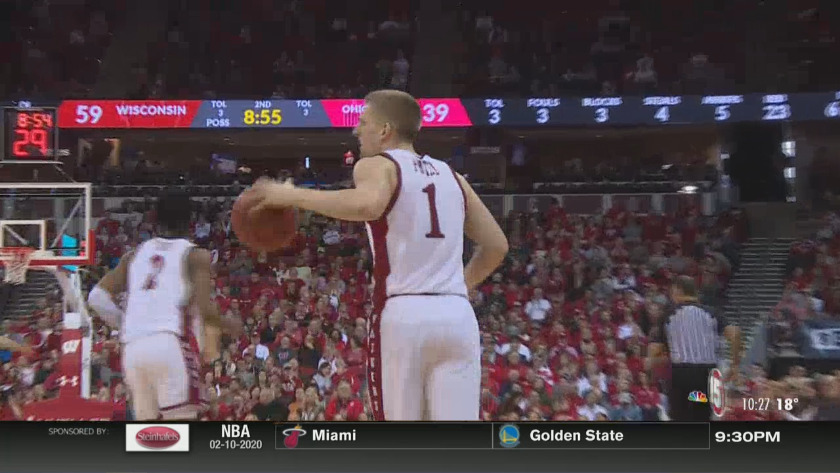 Pritzl priding himself on the little things

MADISON, Wis. (WMTV) -- Wisconsin men's basketball earned yet another win behind their defense as they held Ohio State to 57 points on just 37% shooting.

For a team who's starting five was comprised of all juniors, the lone senior who came off the bench led the way offensively.

Brevin Pritzl led all scorers with 19 points while shooting (5-6) from three. This is the continued trend by Pritzl as he's averaged 13.6 points per game over the Badgers last three home wins. What the De Pere native does more than just score is have timely shots as he consistently rises to the occasion and so has his confidence, which is noticed by Greg Gard.

"In his own journey (Brevin) has become more comfortable in terms of how he can not worry about missing a shot. You know two years ago, he goes 0-12 in a game. And it bothered him for like five days afterwards. Now, he's running by me going, 'I'm gonna splash the next one.' You know, 'I got the next one.' and wants those opportunities. He's always calling his own number in those huddles. 'Run this but no, its good. He has a very good sense for movement without the ball."

As Brevin ranks 9th in the Big Ten for 3 point percentage, he takes pride in doing the little things to help his team win,

"Just doing what I do every game and for the team you know it's sticking to our game plan because at the end of the day, Coach Gard preaches to us to get the best shots we can or possession and to hunt your shot. So when everybody is looking for what they do best, it just works out and it's fun when shots go in."

"For the most part Coach Gard always been on me to do the little things first, whether that's chasing a guy off the line, make sure shooters don't get their shots off, defending, rebounding, just hustle plays. That's kind of where I always try to do as much as I can. This year with Ethan being gone there's a void of points every once in a while, so you know I try to pick it up as much as I can."

Wisconsin will go for their first road win since January 11th when they travel to Lincoln to take on Nebraska on February 15th.