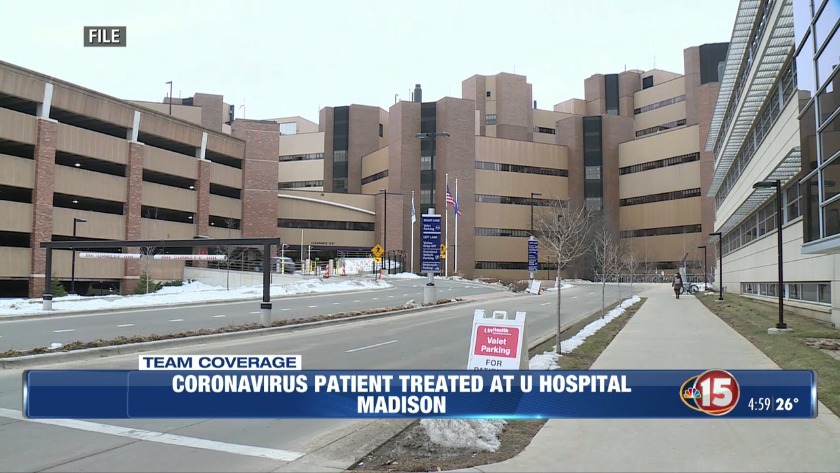 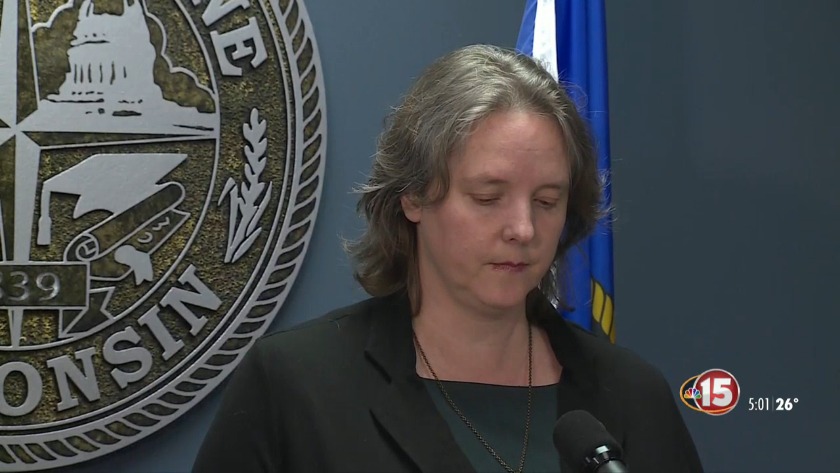 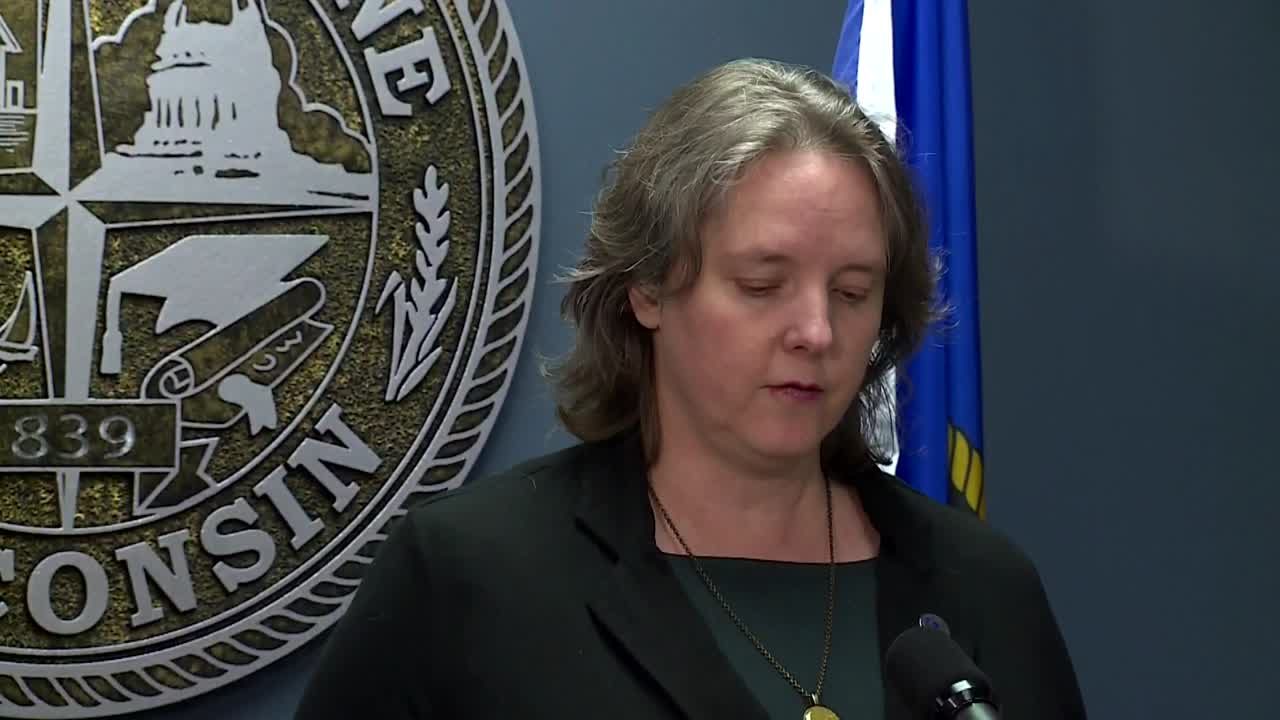 MADISON, Wis. (WMTV) -- A Dane County resident has been isolated at home after becoming the first confirmed case of coronavirus in Wisconsin and the 12th in the U.S.

The Wisconsin Department of Health Services said in a statement Wednesday that the patient is "doing well" for the time being.

The patient went straight from a local airport to the UW Hospital to be tested. From there, the patient was transported to their home in Dane County, where they will stay until they no longer have coronavirus. The patient was never hospitalized.

At this time, health officials say there is no major threat to residents in Dane County.

The coronavirus outbreak has killed nearly 500 people and infected more than 24,000 worldwide as of Wednesday afternoon, according to the latest numbers.

Officials with the DHS, Dane County and the City of Madison held a series of press conferences regarding the patient on Wednesday.

“The risk of getting sick from 2019 novel coronavirus in Wisconsin is very low," State Health Officer Jeanne Ayers said.

"We are responding aggressively to the situation and monitoring all developments. We are committed to keeping the public fully informed and will continue to provide updates as this situation unfolds," according to Ayers.

"The things that we take into consideration are: Do they require hospitalization because they need that kind of care? Are they sick enough to require that? And the other big piece is, do they have the support and care at home - such that they could adequately self-isolate? And the answer, in this case, was that they did not have clinical symptoms that warranted hospitalization, and they had a support system at home that would include being able to self isolate properly."

Dr. Safdar added that the UW Health staff has been receiving ongoing training and has expanded the questions they ask about travel history. They are also coordinating with the CDC, DHS and local health authorities.

UW-Platteville announced several weeks ago that it was monitoring six students for the possibility that they had the coronavirus. The students had just returned from a visit to Wuhan, China, the epicenter of the outbreak. However, the university has since finished monitoring the students, and they are reportedly healthy.

The university says during their trip, the the six students visited South Central University for Nationalities in Wuhan, China, during an academic break.

"Because of that, there was increased attention on our university over the coronavirus outbreak... UW-Platteville followed – and will continue to follow – all Centers for Disease Controls and U.S. State Department protocols," according to the university in a release on Tuesday.

The Wisconsin International Academy, located in the Milwaukee suburbs, also announced last week that it was monitoring one student who had also returned from a trip to China. The student is also not a confirmed case.

The closest confirmed cases, outside the one in Madison on Wednesday, are in Chicago, Illinois. A woman who had traveled to China, as well as her husband, are confirmed coronavirus cases. Illinois health officials say the couple has been isolated and is in stable condition.

WHAT TO DO TO KEEP YOURSELF SAFE

The Wisconsin Department of Health Services provided a list of the symptoms and what to watch out for related to the virus, explaining that the symptoms include fever, cough, and difficulty breathing, which may appear anywhere from two to 14 days after someone is exposed to the virus.

Symptoms range feeling a mild illness, like a common cold, to severe pneumonia that would put someone in the hospital.

The DHS recommends taking the same steps as they would for the cold or flu: cover your coughs and sneezes, wash hands frequently, and stay home when you’re sick. Influenza and other seasonal respiratory viruses are common in Wisconsin at this time of year, according to DHS.

CLICK HERE to learn more from DHS on how to prevent the spread of the virus.