Plowing ahead: Road crews prepared to deal with weekend snowstorm 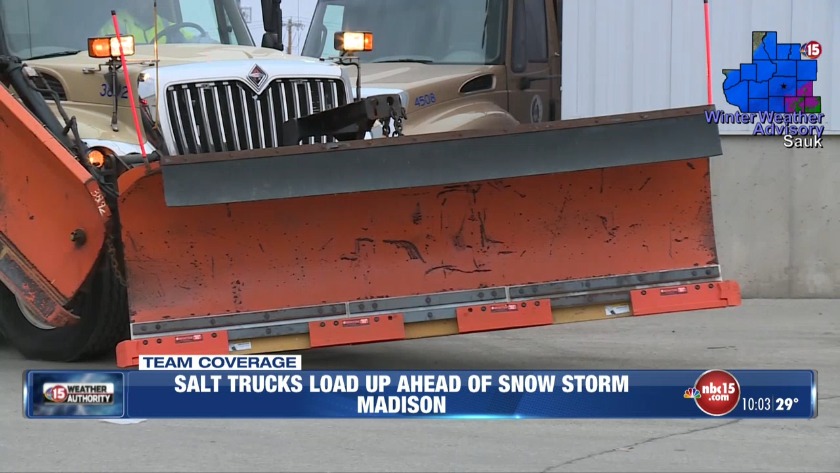 Salt trucks load up ahead of snow storm 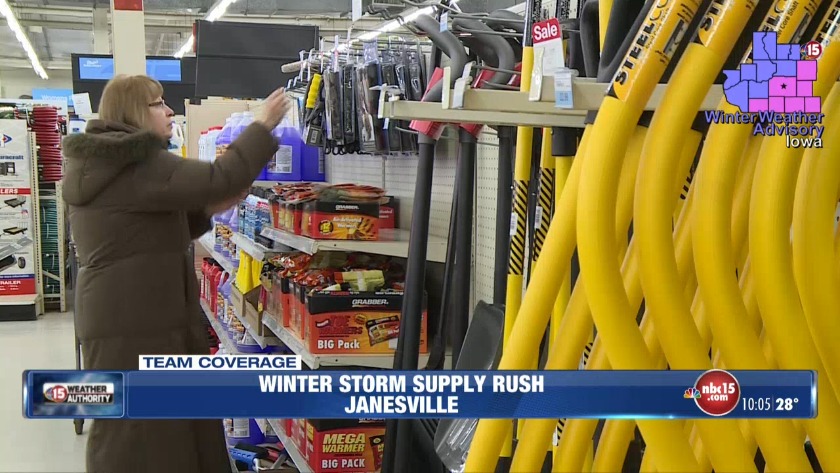 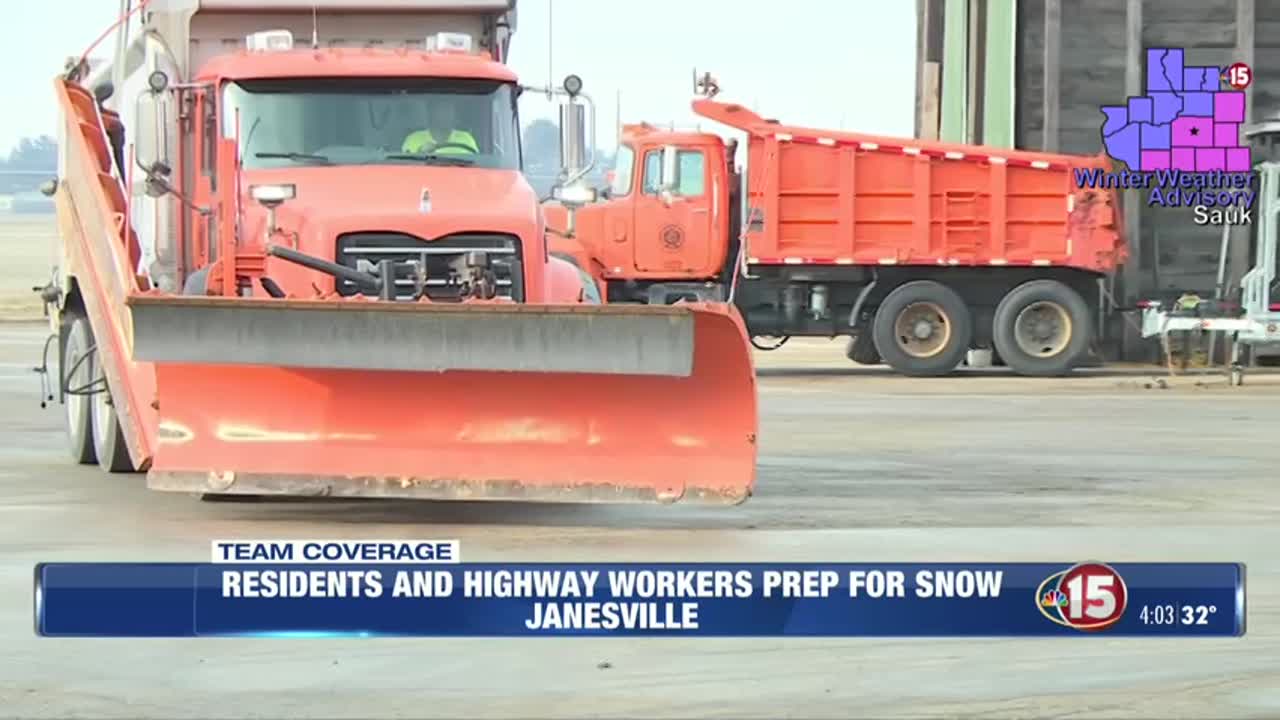 MADISON, Wis. (WMTV) -- The first significant snow of the season is hitting Southern Wisconsin this weekend, and plow drivers are ready to keep roads clear.

A Rock Co. plow driver heads out to pre-treat roads ahead of this weekend's snowstorm. (WMTV)

In Madison, the Streets Division crews applied a brine pre-treatment to the salt routes, which are the main thoroughfares in the city. Streets Superintendent Charlie Romines said the rock salt and water mixture will prevent the snow from binding to the pavement, which allows crews to remove snow more cleanly and less salt will be used.

Romines said 32 plow trucks will be assigned to the salt routes. Two additional trucks will be applying sand to residential hills, curves, and intersections to provide traction. He warns residential streets will remain snow-covered during the first wave of the storm. Plans for the second half of the storm will be released on Saturday.

The Rock County Highway Division also was out Friday afternoon to pre-treat county highways and roads with brine. Over the weekend they plan on having more than 50 plow trucks on the road.

"We will have some slicks spots,” said Duane Jorgenson, Rock Co. Highway Division Director of Public Works. “Just proceed with caution and give our guys time to do their job. If you don't have to go out, don't try to stay home."

Jorgensen says they cover about 2,300 lane miles in the county.

Staff with ReadyWisconsin will be monitoring this weekend’s snowstorm and will activate the Emergency Operation Center if necessary. They are encouraging everyone to plan ahead and make safety a priority.

Dane Co. snowmobile trails may open for the first time this winter

Being ready for emergencies during weekend winter storm

Dane Co. snowmobile trails may open for the first time this winter

Being ready for emergencies during weekend winter storm