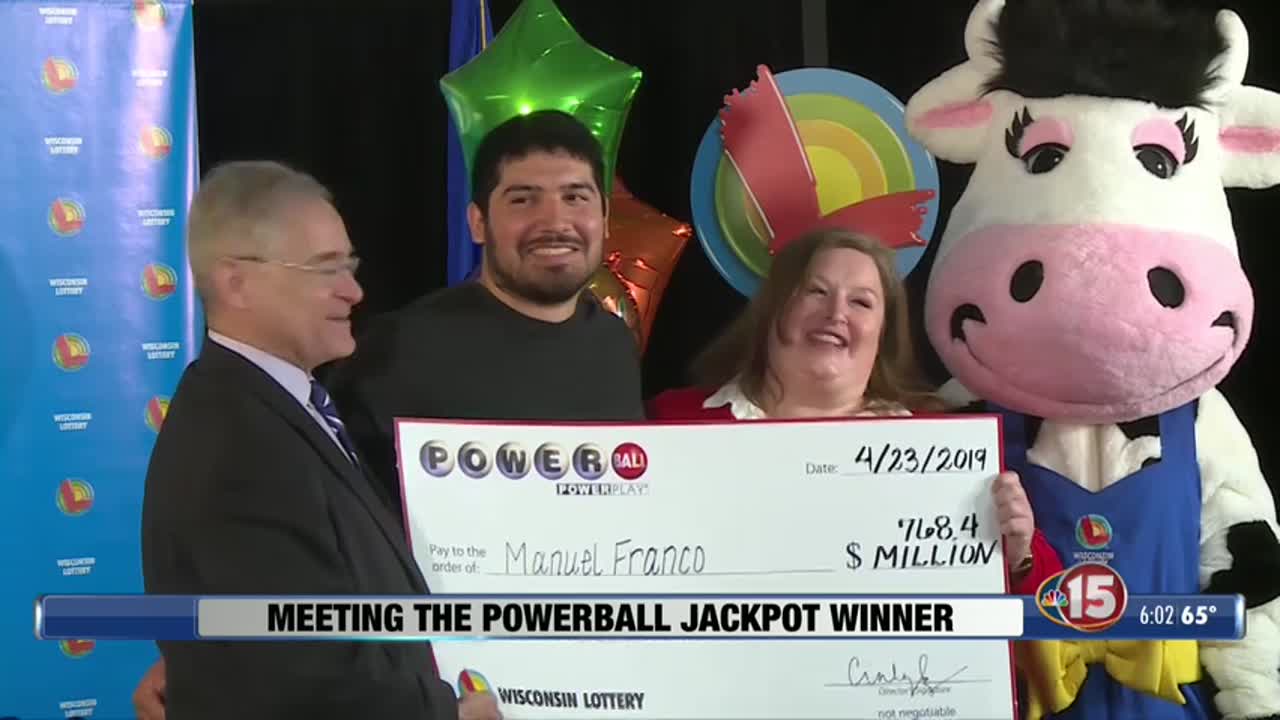 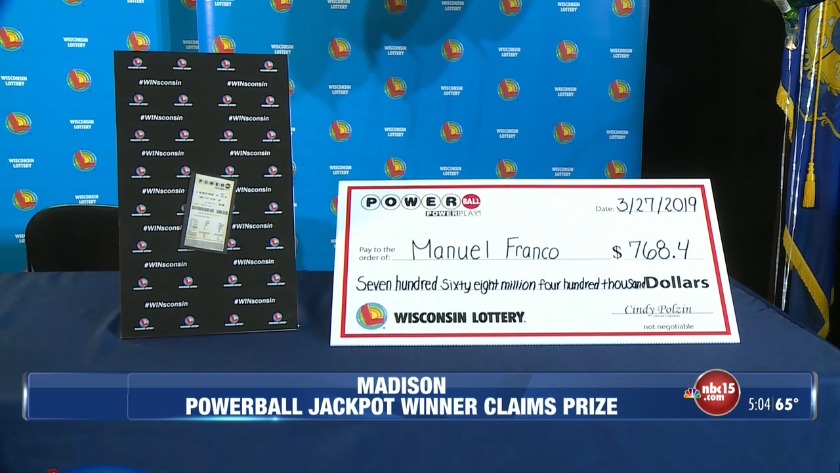 The winner of the $768.4 million jackpot was announced at noon. The winner is 24-year-old Manuel Franco of West Allis. Franco has been playing Powerball since he was 18.

"It feels like a dream and feels honestly like any moment, I'm going to wake up and I'm just going to be back in my room, in my bed laying and it’s going to be a disappointment," Franco said.

The Wisconsin Lottery said the winning Powerball ticket was sold at the Speedway gas station in New Berlin. Franco remembered having a really good feeling the day he bought the ticket.

"I honestly felt so lucky that I did look up at the camera and I really wanted to wink at it because I just had that lucky feeling," he said.

Franco said he did not realize he had won until the day after the drawing.

"My heart started racing, blood pumping, my blood felt warm, I screamed for about five or 10 minutes," he said.

Franco is walking away with the biggest check, but according to Wisconsin's Department of Revenue Secretary Peter Barca, Franco is not the only winner.

"All Wisconsinites are winners because obviously, due to the lottery, it brings in, it generates a significant property tax revenue every year," Barca said.

Having a big jackpot winner like Franco in Wisconsin means the state gets over $36 million in taxes, which is good news for taxpayers.

"In fact, $36 million will help to go to relieve other taxes," Barca said.

Franco said he is not sure yet what he wants to do with the money. He wants to take some time to think about it, but he knows he wants to use some of it to help others.

The cash option is $477 million before taxes. Franco said he is taking the lump sum of cash, which means he will walk away with just over $326 million after taxes.

"My heart started racing...I screamed for about 5 or 10 minutes." Wisconsin's Powerball winner describes the moment he found out he won the jackpot. @nbc15_madison pic.twitter.com/0zADLclR1C

The winner of the Powerball jackpot is telling us how he discovered that he won. @nbc15_madison pic.twitter.com/Ma9Dzydxzs

In just a few minutes, we'll find out who the lucky winner of the $768.4 million Powerball jackpot is! What would you do with that kind of money? @wilottery @nbc15_madison pic.twitter.com/yt8W9x8qnu