Madison: Steve Fabian can't even get his fresh seafood stand fully set up before a line forms. Fabian Seafood has been selling fresh shrimp off the back of a truck for 35 years and he's developed a loyal customer base in Madison.

"It's fresh. It's the best shrimp we've ever had," says Dave Jones.

The most common question Steve gets asked is if the oil spill in the gulf will impact his ability to bring fresh shrimp here to Madison. "It's like 300 miles away from us."

Steve buys off the dock in Galveston, TX. The biggest impact has been all the buyers from other parts of the gulf bidding up the prices. "Immediately prices started going up, because they couldn't fish in that one area near Louisiana and Mississippi-Alabama. They were sending 18 wheelers over to Texas and bidding up all the shrimp over there."

Steve says they've increased prices $.50 a pound. And they've still had what he calls panic buying. "A month ago we had a record day here. Everybody was stocking up like there was going to be no more shrimp in the gulf."

Jones feels comfortable buying the normal amount now that Fabian has made it back. "I asked them if they were coming back next month cause otherwise I'd stock up more."

Steve's biggest concern is that a hurricane will shift the oil. "If a hurricane comes who knows where that oil is going to go."

Customers know their best-case scenario is that prices go up but there's plenty of shrimp. "Currently, it's going towards Florida and not towards the Texas coast where they get their shrimp," says Tom Hyzer. "But even if it doesn't I would think that's going to drive up the price of shrimp and other seafood that comes from the gulf."

Fabian usually sends out an email to let customers know when he'll be back. At this point they hope to be back in about three weeks, assuming they've got enough shrimp. 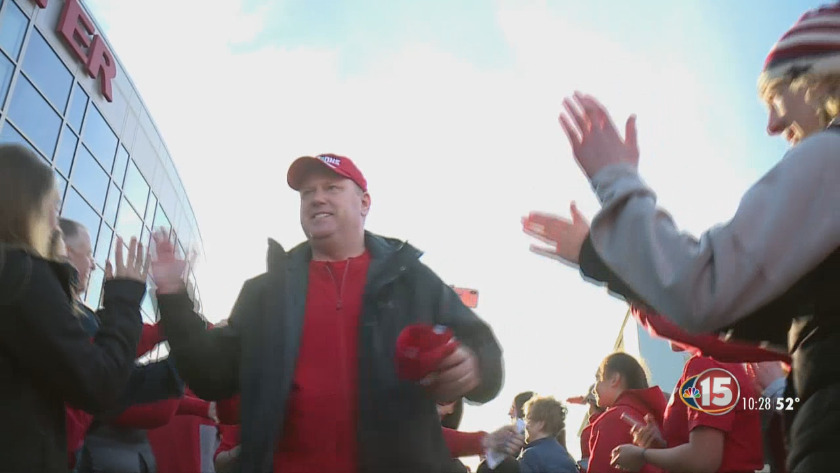